The Man Who Planted Trees 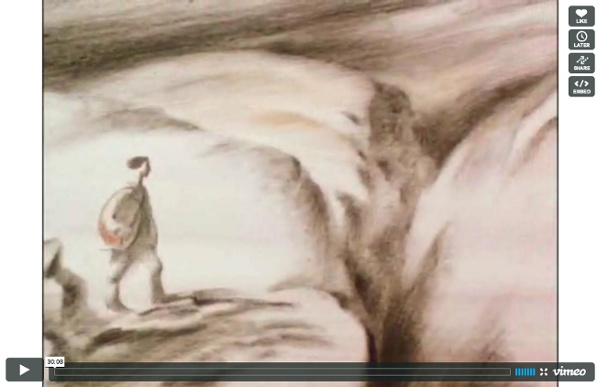 Abdul Kareem regenerates a forest in Kerala. It is dark at noon. A thick, wet leaf pile squelches underfoot. Often your way is blocked and you must crawl under branches or take detours. The silence of the forest is sometimes unnerving. Every now and then you are lost and can't tell the way. Abdul Kareem, in front of you, wends and weaves through the thicket with a proud ease. The pull of Kaavu: Abdul Kareem is one of India's midnight children. The Persian Gulf boom began in the early 1970s and Abdul Kareem sensed an opportunity. "I would walk around the area and see barren hill sides," he says. So, on an impulse he bought 5 acres of barren rock with a pathetic well. Gut steering: Kareem was a man who was neither lettered nor connected to any source of information that would help him. For three summers, he nursed his plants with water ferried from afar. He has never weeded his acres, never lopped a tree, never swept the leaves, never hunted game, never selected a species and of course, never used a chemical of any kind. Abdul Kareem

Human shields face 12 years' jail for visiting Iraq | World news Anti-war activists who visited Iraq before the US invasion have discovered that they could face up to 12 years in prison and $1m in fines. Although travel firms now tout adventure tours to a country that is a temporary home to 150,000 US troops, scores of American protesters have been warned they risk fines or imprisonment for violating a prewar travel ban. During the past few weeks a retired schoolteacher in her 60s and a number of other activists have received warnings from the US treasury that they could face punishment for travelling to Iraq. "When I came back from Iraq I had a letter from the treasury threatening up to 12 years in prison and up to $1m [£620,000] in fines," said Faith Fippinger, 62. Ms Fippinger, who retired as a teacher for the blind, spent the war as a human shield, living in the grounds of an ageing oil refinery in Baghdad. She was among about 30 Americans who arrived in Iraq in the run-up to war to serve as human shields.

Ashleigh Banfield Ashleigh Banfield (born December 29, 1967 in Winnipeg, Manitoba) is a Canadian-American journalist who works for CNN and hosts the legal news program Legal View with Ashleigh Banfield. She previously hosted Early Start and the 11 a.m. hour of CNN Newsroom. Professional career[edit] Canada[edit] Banfield began her career in 1988 at CJBN-TV in Kenora, Ontario, and at CKY-TV in Winnipeg later that year.[1] From 1989 to 1992, she anchored the weekend news for CFRN-TV in Edmonton.[1] Banfield then worked at CICT-TV in Calgary, as a producer from 1992–93 and as evening news anchor and business correspondent from 1993-95.[2] Banfield won two Iris Awards in 1994 in the categories of Best News Documentary and Best of Festival.[2] During her tenure at CICT, Banfield worked as a freelance associate producer for ABC's World News Tonight. United States[edit] In early 2000, Banfield was hired by MSNBC. I was office-less for ten months ... Education[edit] Personal life[edit] References[edit]

Hullabaloo Since the Moyers show, I have been thinking of many things that happened during that intense period in 2002 and 2003 when the political and media establishment seemed to lose its collective mind (again) and took this country into an inexplicable and unnecessary war. As tristero notes below, the story is long and complicated and it will take years to put it all together, if it ever happens. I was reminded of one episod, after the invasion, that came as big surprise to me because it came from an unexpected source. And it was one of those stories that was clearly a cautionary tale for any up and coming members of the media who valued their jobs. On 9/11 those of us who were lucky enough not to be in Manhattan sat glued to our television sets and watched a star being born. I made terrible fun of Banfield. But very shortly after the invasion of Iraq --- even before Codpiece Day --- Banfield delivered a speech that destroyed her career. She's now a co-anchor on a Court TV show.

New Orleans Organized by Candy Chang and Civic Center. It’s easy to get caught up in the day-to-day and forget what really matters to you. When Candy lost someone she loved very much, she thought about death a lot. This helped clarify her life but she struggled to maintain perspective. It was all an experiment. After receiving hundreds of messages from people around the world who wanted to make a wall, she and her Civic Center colleagues created the project website beforeidie.cc and a Before I Die Toolkit to help people make a wall with their community and share their wall online. This wall was born in February and died in September, 2011. Made with love by Candy Chang and Civic Center

Congratulations to all our graduating students! Shannon Galpin, 2013 Adventurers of the Year Humanitarian Shannon Galpin Through street art, a women’s rights activist and mountain biker brings a photographic survey to a country in the grip of war. As U.S. and NATO forces made plans to wind down their 11-year-long campaign in Afghanistan, mountain biker and activist Shannon Galpin was ramping up efforts to bring attention to women’s rights in this war-torn nation. “This is an example of using art as activism and photography as voice,” says Galpin. In late October 2012, five locations in and around Kabul came alive with life-size photos in a street art exhibition called "Streets of Afghanistan." Galpin and her team moved 28 images to central gathering spots via a minibus and were careful to keep their plans a secret. Originally Galpin organized "Streets of Afghanistan," a collection of photos and portraits of everyday Afghanistan from foreign and Afghan photographers, to be on display in Colorado mountain towns. “It’s easy to do a gallery show in Paris or London. —Fitz Cahall

Tears and cheers for plucky Irish gymnast By Clare Fallon LONDON Sat Jul 28, 2012 8:43pm BST LONDON (Reuters) - Irish gymnast Kieran Behan is walking proof of the old adage that taking part is more important than winning. Behan was reduced to tears on Saturday when, after twice being told as a youngster that he would never walk again, he reflected on the enormity of competing in his first Olympic Games. "It has been a very emotional day," the 23-year-old said after mistakes in both his events cost him marks. Though he was disappointed, his scores were almost incidental considering Behan's long struggle against adversity, a story which is making headlines from New York to Bangkok. As a 10-year-old, and already two years into gymnastics training, Behan developed a tumour in his leg. "Luckily it wasn't cancerous but the operation went wrong and I suffered severe nerve damage so I had to learn to use my leg again and I was in a wheelchair for 15 months," he told reporters. "I wasn't nervous, I was very emotional," he said. (Editing by)

James Edwin Horton Judge James Edwin Horton Judge James Edwin Horton (1878 – March 1973) was a Circuit Judge for the Eighth Circuit Court in Alabama. He was elected in 1922 and again in 1928. Birth and education[edit] Judge Horton was born January 4,1878, the son of James Horton, Sr. and Emily Donelson. He had no formal education until the age of eight or nine. After a year Horton decided that medicine was not for him and transferred to Cumberland University in Lebanon, Tennessee and gained his B.A. in 1897. Career[edit] Judge Horton served one term in the Alabama State Legislature from 1910-1914. He eventually left his seat on the chancery court, returning to his old law practice and farming his land. Scottsboro Boys re-trials[edit] Judge Horton presided over the re-trials of the Scottsboro Boys. After handing down this statement, Judge Horton was taken off the case by the Alabama Supreme Court. End of career[edit] The year after Judge Horton's statement, he lost his re-election bid to Aquilla Griffith.

Shakuntala Devi Shakuntala Devi (November 4, 1929 – April 21, 2013) was an Indian writer and mental calculator, popularly known as the "human computer".[1][2][3][4][5] A child prodigy, her talents eventually earned her a place in the 1982 edition of The Guinness Book of World Records.[1][2][3] As a writer, Devi wrote a number of books, including novels and non-fiction texts about mathematics, puzzles, and astrology. She also wrote what is considered the first study of homosexuality in India; it treated homosexuality in an understanding light and is considered pioneering. Early life[edit] In 1944, Devi moved to London with her father.[9] Personal life[edit] She returned to India in the mid-1960s and married Paritosh Banerji, an officer of the Indian Administrative Service from Kolkata.[9] They were divorced in 1979.[9] Devi returned to Bangalore in the early 1980s.[9] Mental calculation[edit] Death and legacy[edit] Achievements[edit] Book on homosexuality[edit] Books[edit] Some of her books include: Mnemonist