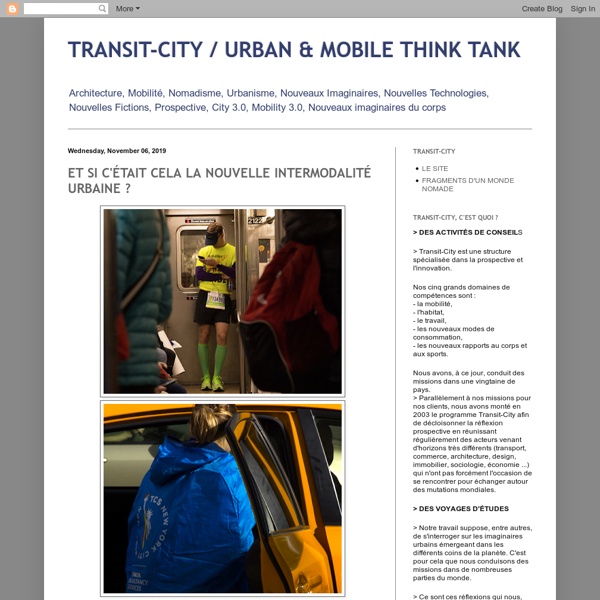 Emergent Urbanism, or ‘bottom-up planning’ I was asked to write an article around ‘bottom-up planning’ by Architectural Review Australia a while ago. It was published in the last issue, and I’m re-posting here. ‘Bottom-up’ is hardly the most elegant phrase, but I suspect you know what I mean. Either way, I re-cast it in the article as ‘emergent urbanism’ which captured a little more of the non-planning approaches I was interested in (note also the blog of same name, which I didn’t know about beforehand). It partly concerns increased transparency over the urban planning process but also, and perhaps more interestingly, how citizens might be able to proactively engage in the creation of their cities.

Sprawled Out: The Search for Community in the American Suburb Avert your eyes: The obscenity that is Franklin's 31st Street. At rush hour. We often hear city officials proclaim their view of the "natural" progression of a road as needing to be BIGGER and WIDER as the years go on. A few years back, aldermen in my city lobbied hard for an obscenely wide road to be built behind the Northwestern Mutual Life headquarters. After all, went the argument, it'll need to get that big eventually.... This viewpoint is deeply flawed, to say the least, and it's costing our cities an enormous amount of money.