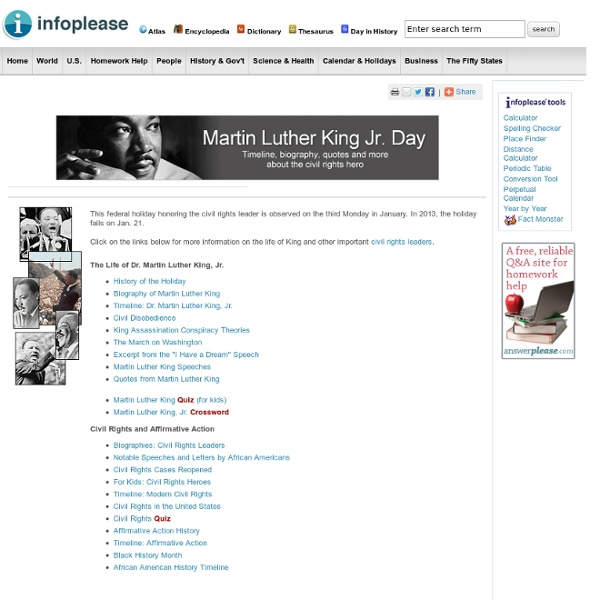 What can Teachers Learn from Nelson Mandela to Make a Difference? We teach language to help people communicate. Why do people want to communicate? ​ ​To express the human story through myth, inspiration and powerful transformation. ​ ​ What can we teach students about Nelson Mandela through the power of video and multi-media? Let’s dig a little deeper to find out;) 1) The Video: I chose this BBC video as a modern day look at Mandela’s legacy beyond South Africa. Then we ask questions and dig a lot deeper. Beyond politics, what other dark forces in our human nature perpetuate the kinds of violence and prejudice that can seem to be so innate in humanity as to be chilling to the core. When we stare into the black hole of violence and face the shadow side of life, how do we remain optimistic, inspired and willing to risk all for the common good? How do we avoid lip service to ideals or avoid reducing heroic legacies to annual memorials that are forgotten when tomorrow’s story blasts through our news feeds? Our better natures. Where are they when we need them?

Jim Crow Laws Jim Crow Laws were statutes and ordinances established between 1874 and 1975 to separate the white and black races in the American South. In theory, it was to create "separate but equal" treatment, but in practice Jim Crow Laws condemned black citizens to inferior treatment and facilities. Education was segregated as were public facilities such as hotels and restaurants under Jim Crow Laws. In fact, the United States military was segregated until integrated by Harry S. Truman after World War II. The term "Jim Crow" originally referred to a black character in an old song, and was the name of a popular dance in the 1820s. Jim Crow laws in various states required the segregation of races in such common areas as restaurants and theaters. A Montgomery, Alabama, ordinance compelled black residents to take seats apart from whites on municipal buses. Montgomery bus operators were supposed to separate their coaches into two sections: whites up front and blacks in back.

From NY to Texas, KKK recruits with candies and fliers Your video will begin momentarily. Ku Klux Klan recruitment fliers are turning up on driveways across the countryFliers, usually left with candies, appear to be part of a wider recruitment effortThe Klan may be seizing on a time when race and immigration are dominant issues, some say (CNN) -- Carlos Enrique Londoño laughs at the Ku Klux Klan recruitment flier recently left on the driveway of his suburban New York home. It's unlikely the group would accept him. "I'm Colombian and dark-skinned," said Londoño, a painter and construction worker who has lived in Hampton Bays on Long Island for 30 years. The flier was tucked into a plastic bag along with a membership application, the address for the KKK national office in North Carolina, a list of beliefs and three Jolly Rancher candies. Gen. Actors in the silent film "The Birth of a Nation," released in 1915, portrayed Ku Klux Klan members dressed in full regalia and riding horses. Klan members march in a parade in Washington in 1927.

Rosa Parks Refuses to Give Up Her Seat | How Rosa Parks Fought for Civil Rights Sitting Down On Thursday evening December 1, 1955, after a long day of work as a seamstress for a Montgomery, Alabama, department store, Rosa Parks boards a city bus to go home. Tired as she is, Mrs. Parks walks past the first few — mostly empty — rows of seats marked "Whites Only." The bus continues along its route. QUESTIONS FOR ROSA PARKS Was Rosa Parks nervous standing her ground? Desegregation The Civil Rights Movement is sometimes defined as a struggle against racial segregation that began in 1955 when Rosa Parks, the "seamstress with tired feet," refused to give up her seat to a white man on a bus in Alabama. Brown v. Board of Education, the 1954 Supreme Court case that attacked the notion of "separate but equal," has also been identified as the catalyst for this extraordinary period of organized boycotts, student protests, and mass marches. These legendary events, however, did not cause the modern Civil Rights Movement, but were instead important moments in a campaign of direct action that began two decades before the first sit-in demonstration. The story of the American Civil Rights Movement is one of those tales that is told again and again and again, often with a few protagonists, a couple of key events, and one dramatic conclusion. Right? Well, not really. Absolutely. So, when did that movement emerge and how? Nope. Without a doubt!

Jim Crow Laws History >> Civil Rights for KidsWhat were the Jim Crow laws? Jim Crow laws were laws in the South based on race. They enforced segregation between white people and black people in public places such as schools, transportation, restrooms, and restaurants. They also made it difficult for black people to vote. When were the Jim Crow laws enforced? After the Civil War there was a period in the South called the Reconstruction. Why were they called "Jim Crow"? The name "Jim Crow" comes from an African-American character in a song from 1832. Examples of Jim Crow Laws Jim Crow laws were designed to keep black and white people apart. Alabama - All passenger stations shall have separate waiting rooms and separate ticket windows for the white and colored races. Grandfather Clauses In order to make sure that all white people could vote, many states enacted "grandfather" clauses into their voting laws. Black Codes After the Civil War, many southern states created laws called Black Codes.

"Black Power" Era The impressive March on Washington in the summer of 1963 has been remembered as one of the great successes of the Civil Rights Movement, a glorious high point in which a quarter of a million people—black and white—gathered at the nation's capital to demonstrate for "freedom now." But for many African Americans, especially those living in inner-city ghettos who discovered that nonviolent boycotts and sit-ins did little to alter their daily lives, the great march of 1963 marked only the first stage of a new, more radical phase of the Civil Rights Movement. You probably just finished reading the first chapter of the Civil Rights Movement. (Hint, hint.) Let's quickly review some highlights. But do you know what happened just five days after President Lyndon B. How can this be? Not exactly. Actually, not at all. At first glance, the Watts Riots appears to have been one big, violent contradiction, perhaps one of the greatest ironies in American history. So, no, equality hadn't been won.

Biography for Kids: Ruby Bridges History >> Biography >> Civil Rights for Kids Occupation: Civil Rights Activist Born: September 8, 1954 in Tylertown, Mississippi Best known for: First African-American student to attend an all-white elementary school in the SouthBiography: Where did Ruby Bridges grow up? Ruby Bridges grew up on a small farm in Tylertown, Mississippi. Her parents were sharecroppers, meaning they farmed the land, but didn't own it. When Ruby was four years old, her family moved to New Orleans. In New Orleans, Ruby lived in a small apartment where she shared a bedroom with her sister and two younger brothers. US Marshals with Young Ruby Bridges on School Steps by Unknown Attending School Ruby went to kindergarten at an all black school. Chosen for Integration One day, Ruby was asked to take a test. At first her father didn't want her to go to the white school. First Day at a White School Ruby began the first grade at her old school. The first day of school was strange for Ruby. The Only Child in Class

Veterans of the Civil Rights Movement -- Literacy Tests Literacy Tests & Voter Applications Alabama Georgia Louisiana: Mississippi South Carolina Background Today, most citizens register to vote without regard to race or color by signing their name and address on something like a postcard. Prior to passage of the federal Voting Rights Act in 1965, Southern states maintained elaborate voter registration procedures deliberately designed to deny the vote to nonwhites. This process was often referred to as a "literacy test," a term that had two different meanings — one specific and one general. The more general use of "literacy test" referred to the complex, interlocking systems used to deny Afro-Americans (and in some regions, Latinos and Native Americans) the right to vote so as to ensure that political power remained exclusively white-only. Poll taxes. While in theory there were standard state-wide registration procedures, in real-life the individual county Registrars and clerks did things their own way. — © Bruce Hartford

The CNN Freedom Project: Ending Modern-Day Slavery - CNN.com Blogs March on Washington History >> Civil Rights for Kids Background to the March Despite gaining their freedom from slavery after the end of the civil war, African Americans were still facing legal discrimination in the 1950s and early 1960s. This included segregation of schools, lower wages, and discrimination when applying for jobs. March on Washingtonfrom the Library of Congress Why did people march? The signs telling people about the march called it the "March on Washington for Jobs and Freedom." Planning the March The March was planned to take place on August 28, 1963. 1963 was the 100 year anniversary of the Emancipation Proclamation that freed the slaves during the Civil War. Because there would be so many people marching, it took a lot of planning. How many people marched? It is estimated that between 200,000 and 300,000 people showed up for the march. I Have a Dream Several of the leaders spoke to the crowd from the Lincoln memorial including three of the Big Six. Meeting with the President Results

African-American Civil Rights Movement (1954–68) The African-American Civil Rights Movement or 1960s Civil Rights Movement encompasses social movements in the United States whose goals were to end racial segregation and discrimination against black Americans and to secure legal recognition and federal protection of the citizenship rights enumerated in the Constitution and federal law. This article covers the phase of the movement between 1954 and 1968, particularly in the South. A wave of inner city riots in black communities from 1964 through 1970 undercut support from the white community. The emergence of the Black Power movement, which lasted from about 1966 to 1975, challenged the established black leadership for its cooperative attitude and its nonviolence, and instead demanded political and economic self-sufficiency. During the same time as African Americans were being disenfranchised, white Democrats imposed racial segregation by law. Characteristics of the post-Reconstruction period: Racial segregation.

Segregation Before 1954 Although Abraham Lincoln abolished slavery in the US through his Emancipation Declaration in 1863, blacks were still being discriminated against for almost another century. It was not before the beginning of the 1950s when the 1896 Supreme Court ruling separate but equal gradually ceased to exist. In 1955 it was Mrs Rosa Parks who protested against separate seating in buses in Montgomery, Ala, by refusing to stand up from her seat in the front of a public bus, as it was customary for blacks only to be seated in the back. This incidence not only triggered off a bus boycott in Montgomery, but in fact the whole civil rights movement which was to last for at least the following 20 years. Marrying a white person, whistling at or reckless eyeballing (i.e. looking at a white female) were considered crimes. After 1953 - Landmarks of the Civil Rights movement If you want to buy the little book Dear Mrs.