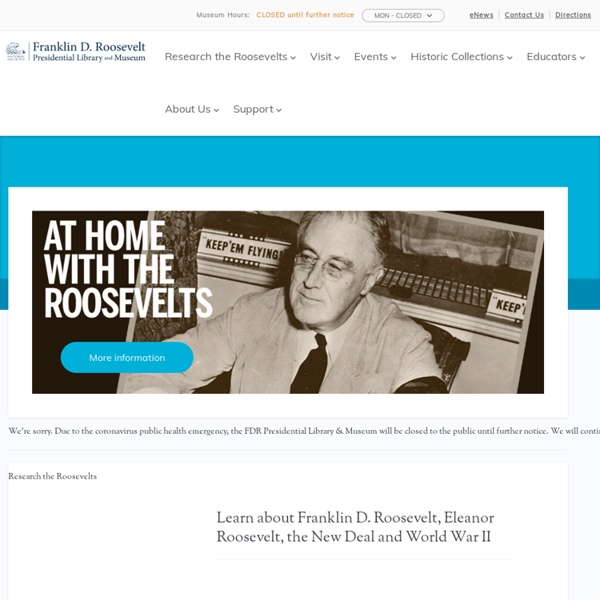 HSTAA 101: New Deal Agencies Below is a partial list of New Deal "alphabet agencies" and their primary function (relief, recovery, or reform). AGRICULTURAL ADJUSTMENT ACT (Recovery) Created in 1933, he AAA paid farmers for not planting crops in order to reduce surpluses, increase demand for seven major farm commodities, and raise prices. Farm income rose, but many tenants and share-croppers were pushed into the ranks of the unemployed. CIVIL WORKS ADMINISTRATION (Relief) Created in 1933, the CWA employed four million people--paid an average of $15 a week--many in useful construction jobs such as repairing schools, laying sewer pipes, building roads. FARM SECURITY ADMINISTRATION (Relief) The FSA was created in 1937 (formerly called the Resettlement Administration in 1935) to aid sharecroppers. FEDERAL DEPOSIT INSURANCE CORP. FEDERAL EMERGENCY RELIEF ADMIN. FEDERAL HOUSING ADMINISTRATION (Recovery) The FHA was created in 1934 to stimulate the building industry by providing small loans for home construction.

300+ Mind Expanding Documentaries I watch a lot of documentaries. I think they are incredible tools for learning and increasing our awareness of important issues. The power of an interesting documentary is that it can open our minds to new possibilities and deepen our understanding of the world. On this list of mind expanding documentaries you will find different viewpoints, controversial opinions and even contradictory ideas. Critical thinking is recommended. Watching documentaries is one of my favorite methods of self education. Explore the wonder and interconnectedness of the biosphere through the magic of technology. HomeHow Many People Can Live on Planet EarthThe Magical ForestAnts: Nature’s Secret PowerMt. Learn about all the amazing things that people create with their imaginations. The modern school where young minds are moulded into standardized citizens by the state. The Internet is now the driving force behind change and innovation in the world. We are at the dawn of a new golden age of human inventiveness.

WGBH American Experience . Surviving the Dust Bowl . The New Deal Policies of the New Deal put millions of men back to work. In 1932 Franklin Delano Roosevelt was elected overwhelmingly on a campaign promising a New Deal for the American people. Roosevelt worked quickly upon his election to deliver the New Deal, an unprecedented number of reforms addressing the catastrophic effects of the Great Depression. Unlike his predecessor, Herbert Hoover, who felt that the public should support the government and not the other way around, Roosevelt felt it was the federal government’s duty to help the American people weather these bad times. Together with his “brain trust,” a group of university scholars and liberal theorists, Roosevelt sought the best course of action for the struggling nation. The Civil Conservation Corps was one of the New Deal’s most successful programs.

Political Cartoons from the Great Depression Eerily Relevant Today These cartoons say a lot about the era, and the debates which continue today over how government should respond to crises. Also see part 1, Cartoons from the Depression. #1) Like today, confidence was the real issue then too (the fundamentals are fine, just don’t dig too deep). August 1931, by C. #2) Jobless Recovery circa 1931. January 1930, by Robert Brown #3) False “green shoots” in Fall of ’31 November 1931, by Robert Brown #4) 1933 – In a fit of insanity which lasted throughout much of the depression, the American government enacted the Agricultural Adjustment Act, which paid farmers to destroy food and plant less crops. June 1935, George Shellhase #5) Another critique of the AAA, this one from a leading black newspaper. May 1934, L. #6) Broke but hoping. January 1931, by Ed Graham #7) Mixed signals. October 1931, John Cassel #8) Santa gets jacked. December 1931, Ralph Fuller #9) Depression-era critique of Keynesian economics. February 1936, Robert Day #13) Feed the rich.

Aids: Origin of pandemic 'was 1920s Kinshasa' The origin of the Aids pandemic has been traced to the 1920s in the city of Kinshasa, in what is now the Democratic Republic of Congo, scientists say. An international team of scientists say a "perfect storm" of population growth, sex and railways allowed HIV to spread. A feat of viral archaeology was used to find the pandemic's origin, the team report in the journal Science. They used archived samples of HIV's genetic code to trace its source, with evidence pointing to 1920s Kinshasa. Their report says a roaring sex trade, rapid population growth and unsterilised needles used in health clinics probably spread the virus. Meanwhile Belgium-backed railways had one million people flowing through the city each year, taking the virus to neighbouring regions. Experts said it was a fascinating insight into the start of the pandemic. HIV came to global attention in the 1980s and has infected nearly 75 million people. Family affair The research group analysed mutations in HIV's genetic code.

The Path to Nazi Genocide — Media NARRATOR: Paris, 1900. More than fifty million people from around the world visited the Universal Exposition—a world’s fair intended to promote greater understanding and tolerance among nations, and to celebrate the new century, new inventions, exciting progress. The 20th century began much like our own—with hope that education, science and technology could create a better, more peaceful world. TEXT ON SCREEN: The Path to Nazi Genocide NARRATOR: The first “world war,” from 1914 to 1918, was fought throughout Europe and beyond. TEXT ON SCREEN: Aftermath of World War I and the Rise of Nazism, 1918-1933 NARRATOR: The humiliation of Germany’s defeat and the peace settlement that followed in 1919 would play an important role in the rise of Nazism and the coming of a second “world war” just 20 years later. Many veterans and other citizens struggled to understand Germany’s defeat and the uncertain future. The Nazi Party recruited, organized, and produced a newspaper to spread its message.

What caused the Dust Bowl?" ­­When pione­ers headed west in the late 19th century, many couldn't resist the lure of the tall gras­sy land in the semiarid midwestern and southern plains of the United States. They settled there to farm. They were prosperous in the decades that followed, but when the 1930s rolled in, so did strong winds, drought and clouds of dust that plagued nearly 75 percent of the United States between 1931 and 1939 [source: PBS]. The era became known as the legendary Dust Bowl. The Dust Bowl brought ecological, economical and human misery to America during a time when it was already suffering under the Great Depression. ­The seeds of the Dust Bowl may have been sowed during the early 1920s. But plow-based farming in this re­gion cultivated an unexpected yield: the loss of fertile topsoil that literally blew away in the winds, leaving the land vulnerable to drought and inhospitable for growing crops. ­Millions of people fled the region.

Goshul Lobsang tortured with pain-inducing injections, leaves a defiant note after untimely death Goshul Lobsang at his home a few weeks before his death Another source told TCHRD that police officers used sharp-pointed objects such as toothpicks to repeatedly pierce and penetrate into the tops of his finger nails and cuticles. This stabbing, applied with force and consistency, resulted in severe bleeding, swelling and pain making Goshul Lobsang unable to temporarily use his hands. Goshul Lobsang riding a motorcycle an undated photo Normally, the use of techniques to make torture more painful does not result in any further violations of international law. The use of pain-inducing injections on Golshul Lobsang to facilitate and expedite his torture was not only a violation of international law but also an extreme violation of medical ethics. TCHRD has also obtained a copy of a note written by Goshul Lobsang while he was imprisoned at Ding Xi (定西) city in Gansu Province. Prisoner of Clear Conscience I have a family. My clear conscience is my only asset in this world. Endnotes:

Padlet - Paper for the web About ETR Community EdTechReview (ETR) is a community of and for everyone involved in education technology to connect and collaborate both online and offline to discover, learn, utilize and share about the best ways technology can improve learning, teaching, and leading in the 21st century. EdTechReview spreads awareness on education technology and its role in 21st century education through best research and practices of using technology in education, and by facilitating events, training, professional development, and consultation in its adoption and implementation. Economy: Depressing but not a Great Depression The U.S. economy is in bad shape — stocks, banks and housing markets — but it's nothing we haven't seen before. Nearly every generation has faced a period of economic upheaval and uncertainty. Only the financial problems themselves have changed. These problems, like those in the past, will be solved with new solutions that must be found, says economist Ken Goldstein of the Conference Board. Today's situation is "terrible, but it's not a second Great Depression," Goldstein says. "It's not even close." Sources: Bureau of Economic Analysis; Bureau of Labor Statistics; Commerce Department; Labor Department; Treasury Department; USA TODAY research by Thomas Ankner and George Petras. Photo credits: Dorothea Lange, Farm Security Administration — Office of War Information Photograph Collection (Library of Congress) and AP. Graphic by Robert Ahrens, George Petras and Julia Schmalz, USA TODAY. Guidelines: You share in the USA TODAY community, so please keep your comments smart and civil.

Poisoned by Profit: How the Banana Trade Shaped History Reposted from Socialist Worker In the first of a new series on commodities that shaped history, Simon Basketter looks at banana giant United Fruit Company Banana workers have faced exploitation and violence from firms such as Chiquita (Pic: Bradley Gordon on Flickr) In Gabriel García Marquez’s novel One Hundred Years of Solitude, the banana company brings modernity and then doom. He wrote that the company “changed the pattern of the rains, accelerated the cycle of harvests and moved the river from where it had always been”. It imported “hired assassins with machetes” to run the town—and unleashed a “wave of bullets” on striking workers. For much of the 20th century, US banana company United Fruit dominated portions of almost a dozen countries. It was, as Peter Chapman wrote in his history of the company, “more powerful than many nation states, a law unto itself and accustomed to regarding the republics as its private fiefdom.” Exports There was resistance. Strikes But the old methods remain.

Fishtree A Good Learning Platform That Provides Lesson Plans and Teaching Resources to Teachers June 5, 2014 Lesson planning and student engagement are two things that should be easier and better. Sometimes all we need is more time, sometimes – a smart platform that helps us to do more with less time. Fishtree is an example of such a platform. Easily Find Teaching Resources For Your LessonsFishtree is a place where teachers can find resources for their lesson plans in seconds. Resources from textbooks, Open Education Resources, teacher lesson plans and even news from recently published, trusted sources, accessible at the touch of the button. You no longer need to go to several different sites to find what you need. Excite Your Students With Personalized Lessons With Fishtree you’re able to make a lesson, and then adapt the lesson for individual students, in a way that is easy to manage in the classroom. Increase Student Confidence And Performance Getting every student to participate in the classroom can be a challenge. Start Teaching With Fishtree P.S.