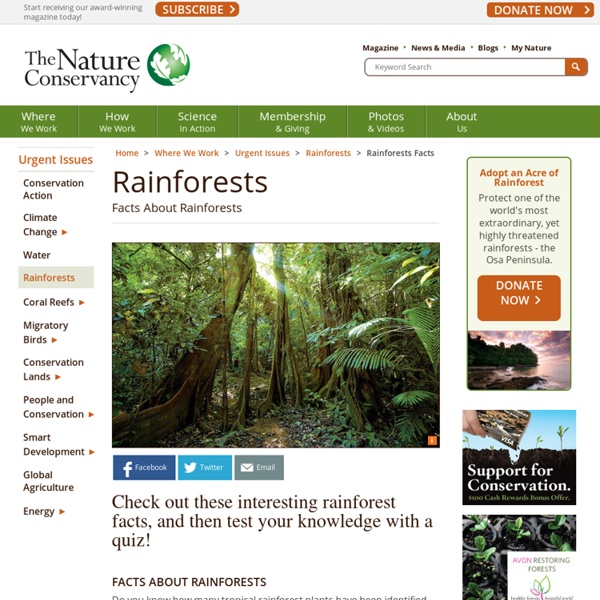 fires-could-turn-amazon-rainforest-into-a-desert-as-human-activity-and-climate-change-threaten-lungs-of-the-world-says-study-9259741 One of the last great wildernesses on earth – known as the lungs of the world – is balancing dangerously close to a “tipping point” where forest fires will become so commonplace and extensive that they will change much of the landscape forever, scientists said. Although fires have always occurred in Amazonia, they have been largely controlled by the natural humidity of the region. Now, however, the drying out of the rainforest threatens to ignite the tree-filled habitat – with its rich biodiversity – and convert it almost overnight into barren desert, they warned. For the first time, scientists have shown in experiments on the ground how extreme, dry weather combined with the effects of human activities can create a tinderbox environment where intensely damaging forest fires can spread easily, killing trees that have taken hundreds of years to grow. The researchers monitored the three 50-hectare plots of Amazon rainforest over an eight-year period.

Rainforest Biomes The tropical rain forest is a forest of tall trees in a region of year-round warmth. An average of 50 to 260 inches (125 to 660 cm.) of rain falls yearly. Rain forests belong to the tropical wet climate group. Rainforests now cover less than 6% of Earth's land surface. A tropical rain forest has more kinds of trees than any other area in the world. About 1/4 of all the medicines we use come from rainforest plants. All tropical rain forests resemble one another in some ways. Despite these differences, each of the three largest rainforests--the American, the African, and the Asian--has a different group of animal and plant species. Layers of the Rainforest There are four very distinct layers of trees in a tropical rain forest. Emergent trees are spaced wide apart, and are 100 to 240 feet tall with umbrella-shaped canopies that grow above the forest. Plant Life Besides these four layers, a shrub/sapling layer receives about 3 % of the light that filters in through the canopies. Animal Life

The Plants of the Rainforest A tropical greenhouse More than two thirds of the world's plant species are found in the tropical rainforests: plants that provide shelter and food for rainforest animals as well as taking part in the gas exchanges which provide much of the world's oxygen supply. Rainforest plants live in a warm humid environment that allows an enormous variation rare in more temperate climates: some like the orchids have beautiful flowers adapted to attract the profusion of forest insects. Competition at ground level for light and food has lead to evolution of plants which live on the branches of other plants, or even strangle large trees to fight for survival. The aerial plants often gather nourishment from the air itself using so-called 'air roots';. The humidity of the rainforest encourages such adaptations which would be impossible in most temperate forests with their much drier conditions.

The average temperature in the rainforest is about 30C, 80F it changer very l... Tropical Rainforest The rainforest that we have chosen to do our project on is in and is called the Amazon Rainforest. You can see on the picture in the upper left corner that the Amazon is the dark green area on the map. This zone which covers much of the northern half of that is east of the and north of the which centers at the equator. In an average year in a tropical rainforest, the climate is very humid do to all of the rain which amounts to about 250cm per year. The climate is found near the equator. 40o F. This is red fungus (Pycnoporus sanguineus) these would be classified in the Fungi kingdom. This is white fungus (Lentinus) and it would be classified in the Fungi kingdom. This is the fern leaf. This is the Cattleya Plant. This is the Toco Toucan. This is the vampire bat. This is Euglena. This is an Actinopod. Howler Monkey The howler monkey is the loudest monkey in the rainforest. The howler monkey can get up to 2ft and there tail 30”. 1. 2. 3. 4. 5. 1. www.earthobservatory

Rainforest Animals Plants Tropical Rain Forest As you can see from the map to the right, the tropical rainforests are, indeed, located in the tropics, a band around the equator from 23.5 N (the Tropic of Cancer) to 23.5 S (the Tropic of Capricorn) (red lines on map, right). Because the Earth tilts 23.5 degrees on its axis as it travels around the sun, at some point in the year (the solstices, June 22nd in the north, December 22nd in the south) the sun will be directly overhead on one of these lines. At the equinoxes the sun is directly over the equator. Within this band, solar radiation is most intense, and thus the surface of the planet warms the most. The warmth leads to a lot of evaporation, and as warm, moist air rises, it cools, the water condenses, and the water falls back to the earth as rain. Thus, the warmest areas of the planet also tend to be the wettest, and this sets the stage for the tropical rain forest. Not all of the land in the tropics is tropical rainforest.

Interesting facts Interesting Facts climate. A tropical rainforest is an ecosystem type that occurs roughly within the latitudes 28 degrees north or south of the equator (in the equatorial zone between the Tropic of Cancer and Tropic of Capricorn). This ecosystem experiences high average temperatures and a significant amount of rainfall. Rainforests can be found in Asia, Australia, Africa, South America, Central America, Mexico and on many of the Pacific, Caribbean, and Indian Ocean islands. Within the World Wildlife Fund's biome classification, tropical rainforests are thought to be a type of tropical wet forest (or tropical moist broadleaf forest) and may also be referred to as lowland equatorial evergreen rainforest.[3] Overview Tropical rainforests can be characterized in two words: warm and wet. Tropical rainforests are among the most threatened ecosystems globally due to large-scale fragmentation due to human activity. History Tropical rainforests have existed on Earth for hundreds of millions of years. Forest structure Ecology