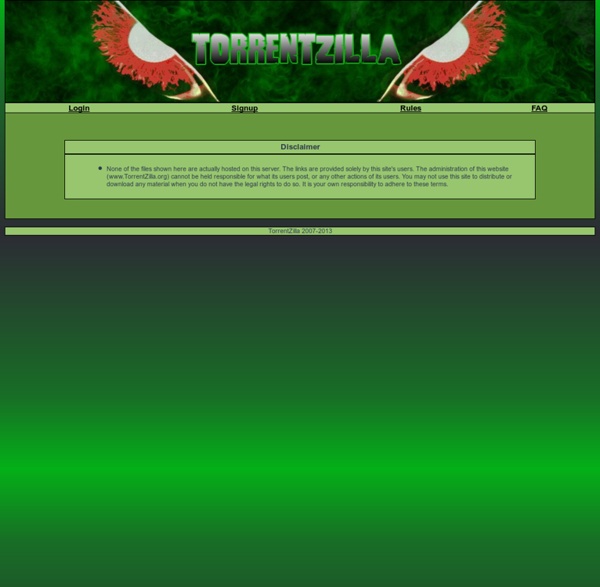 Torrent Portal - BitTorrent File Index and Torrent Search isoHunt For years isoHunt's founder had been in legal battles with conglomerates of IP rights holders over allegations of copyright infringing activity. A settlement with MPAA was reached in 2013, that stipulated $110 million reimbursement for damages and the site's closure that followed on October 21, 2013. By the end of October, 2013 two sites with content presumably mirrored from isohunt.com were reported in computer media. History[edit] isoHunt was founded in January 2003 by Gary Fung, a Canadian national. On February 23, 2006, the Motion Picture Association of America (MPAA) issued a press release stating they were suing isoHunt for copyright infringement. On September 2, 2009 isoHunt announced the launch of a spinoff site, hexagon.cc.[6] The goal of hexagon.cc was to have a place for social groups based on certain niches to share specific content relevant to their interests. In October 2013 Isohunt announced it would shut down indefinitely. Legal[edit] Correspondence with the MPAA[edit]

The Pirate Bay The Pirate Bay (commonly abbreviated TPB) is a website that provides magnet links to facilitate peer-to-peer file sharing using the BitTorrent protocol. The Pirate Bay is the most-used File Sharing site on the World Wide Web. [2]It was founded in Sweden in 2003. In 2009, the website’s founders were found guilty in Sweden for facilitating illegal downloading of copyrighted material. In some countries, ISPs have been ordered to block access to the website. History[edit] The Pirate Bay in 2004 The Pirate Bay was hosted for several years by PRQ, a Sweden-based company, owned by creators of TPB Gottfrid Svartholm and Fredrik Neij.[9] PRQ is said to provide "highly secure, no-questions-asked hosting services to its customers On 23 January 2012, The Pirate Bay added the new category Physibles. On 10 August 2013, the Pirate Bay announced the release of PirateBrowser, a free web browser used to circumvent internet censorship.[14] Technical details[edit] Website setup[edit] Funding[edit] Donations[edit]

Ten Most Used BitTorrent Sites Compared The Pirate Bay is immune to SOPA This site may earn affiliate commissions from the links on this page. Terms of use. Over on Techdirt, Mike Masnick has pointed out the mother of all ironies: The Pirate Bay, one of the largest outlets of copyright infringement, would be immune to the takedown tendrils of the imminently incoming Stop Online Piracy Act (SOPA). Apparently it all comes down to the fact that The Pirate Bay has a .org domain — and according to Masnick, the current version of the SOPA bill working its way through congress excludes American domestic domains from being the target of takedown notices from copyright holders. Believe it or not, by the same logic, .com and .net domains — both of which are managed by American company VeriSign — would also be immune from the SOPA bill as it currently stands. Presumably the bill distinguishes between domestic and non-domestic domains for legal or political reasons. The internet has proven time and time again that it’s virtually impossible to control.

Search Distributions. Use GNU/Linux. Search the DistroWatch database for distributions using a particular package. If you are looking for a distribution with the latest kernel, select "linux" from the drop-down box below and type the version number into the text box next to it. Please note that the best way to obtain the GNOME version is by searching for "nautilus", while KDE Plasma is represented by the "plasma-desktop" package. The package version search offers the ability to search for packages which are close to a specific version, exactly equal to a specific version, greater than or less than a given version. Have fun and let us know how we can improve the search engine! Best Free Portable Applications Best Free Portable Backup Program & Folder Sync Utility: Toucan -- Download | Support | Forum | Editor Review Description: Toucan has a simple interface for syncing and backing up. It allows you to easily keep the same files and folders on multiple locations. If you want to sync to a flash drive, just use its "mirror (update)" function to periodically add new programs and remove unwanted programs from the flash drive. Or use its backup tab to archive your folders and files to a backup location. "If you are looking for a light weight portable backup solution this little app has your number. Another interesting approach is to backup portable apps or your essential archives to a secure online backup site. Alternate Sync Products: FreeFileSync | Folder Synchronization Utility Related Products to Backup Profiles: FEBE (Firefox only) | MozBackup (Firefox, Thunderbird, etc.) Best Free Portable Software Update Monitor: FileHippo Update Checker -- Download | Editor Review Related Portable Apps