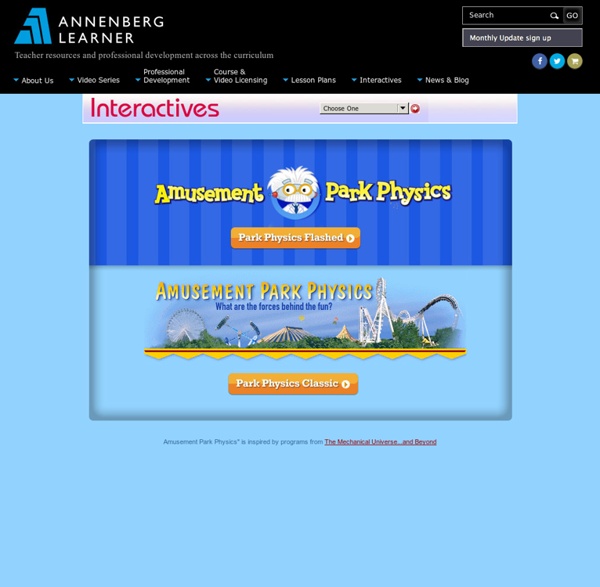 Evolution of the Universe - GigaPan Time Machine Jump to: From GigaPan Time Machine Direct Cosmological Simulations of the Growth of Black Holes and Galaxies This timelapse shows the distribution of matter in a simulated universe on large scales. The computer simulation was carried out using the cosmological hydrodynamic simulation code P-Gadget on facilities provided by the Moore Foundation in the McWilliams Center for Cosmology at Carnegie Mellon University. The density of matter is shown on a false color scale, with the densest regions in yellow and the least dense in red and black. As the universe evolves from early times (it starts at an age of 10 million years after the Big Bang) the initially small fluctuations grow through the action of gravity until in the last frame (which represents the universe 14 billion years later, at redshift z=0, the present day) there are large clusters of galaxies present with vast, mostly empty spaces in between. Galaxy cluster Watch a time warp of the formation of a cluster of galaxies. Void

HyperPhysics Concepts About HyperPhysics Rationale for Development HyperPhysics is an exploration environment for concepts in physics which employs concept maps and other linking strategies to facilitate smooth navigation. For the most part, it is laid out in small segments or "cards", true to its original development in HyperCard. Part of the intent for this exploration environment is to provide many opportunities for numerical exploration in the form of active formuli and standard problems implemented in Javascript. New content for HyperPhysics will be posted as it is developed. A resource that was initiated as a resource for local high school physics teachers whom I had taught has expanded into an intensively used website worldwide. CD or DVD versions have been sent to 86 countries to date, and translations into German, Italian, Chinese, and Español have been licensed and are underway. Please respect the Copyright HyperPhysics (©C.R. Availability on DVD or CD HyperPhysics

Math, Physics, and Engineering Applets Oscillations and Waves Acoustics Signal Processing Electricity and Magnetism: Statics Electrodynamics Quantum Mechanics Linear Algebra Vector Calculus Thermodynamics Mechanics Miscellaneous Licensing info. Links to other educational sites with math/physics-related information or java applets useful for teaching: And when you get tired of learning, here is some fun stuff: Pong Simulation Circuit-level simulation of original 1972 Pong. www.physicscentral.com myphysicslab – physics simulation with java Peanut Software Homepage Page last updated: 13 Sept 12 For automatic notification of updates to these pages, you can subscribe to my RSS feed. My page of FAQ (27 Sept 10) is added to as necessary. If you encounter a significant problem (26 Jun 12), you may wish to share the details (my e-mail address is in the Help|About dialog box). Click the following links to reach the download pages: Wingeom (14 Jul 12) Winplot (13 Sep 12) Winstats (07 Aug 12) Winarc (08 Dec 11) Winfeed (13 Jun 12) Windisc (08 Sep 12) Winmat (25 Jul 12) Wincalc (05 Sep 12) Winwordy (22 Aug 12) Documents (14 Mar 11) All nine programs (13 Sep 12) (4.48M) The programs may be freely distributed. Each downloaded program is a self-extracting archive, which contains the executable file and perhaps some accessory files. To download programs, first create a directory on your hard drive into which the files will be copied, then click the program link at the top of the program page. Generosity! More peanuts. Exeter Home Page

Science Xplained Science Xplained is a collection of video podcasts that tell the stories of the science behind everyday topics. Dr. Ainissa G. Ramirez, self-proclaimed science evangelist and associate professor of mechanical engineering and materials science at Yale University, is the dynamic host of the series. Filter Resources by Grade: Videos 6-12 | Video Yale scientist Ainissa Ramirez describes the physics behind the game and what gives a football its speed, drag and spin in this video. 6-12 | Video In this video, Dr. Send us feedback about this Collection > Bad Astronomy | What causes lift? Yesterday, I wrote about one of my favorite kinds of clouds: Kelvin-Helmholtz clouds, also called fluctus clouds. You can call them wave clouds, because that’s what they look like: Waves breaking over a beach. I also embedded a video from Sixty Symbols explaining them, but during that explanation the scientist, Mike Merrifield, made a bit of a flub: He said that with an airplane wing, lift is generated because air is moving faster over the top of the wing than the bottom. This lowers the pressure over the wing, so the force under the wing is higher. That part is true, but he also said that the reason the air moves faster is that it has farther to travel over the curved wing than the air moving under the wing, where the wing is flat. But this isn’t really the case! This whole video fascinates me. If only politicians understood this. I also liked his explanation of what really goes into generating lift. Lift gets tricky because it uses all three and they affect each other.

News - NASA Space Telescopes Provide a 3D Journey Through the Orion Nebula Astronomers and visualization specialists from NASA’s Universe of Learning program have combined visible and infrared vision of the Hubble and Spitzer space telescopes to create an unprecedented, three-dimensional, fly-through view of the picturesque Orion Nebula, a nearby star-forming region. Viewers experience this nearby stellar nursery “close up and personally” as the new digital visualization ferries them among newborn stars, glowing clouds heated by intense radiation, and tadpole-shaped gaseous envelopes surrounding protoplanetary disks. Using actual scientific imagery and other data, combined with Hollywood techniques, a team at the Space Telescope Science Institute in Baltimore, Maryland, and the Caltech/IPAC in Pasadena, California, has created the best and most detailed multi-wavelength visualization yet of this photogenic nebula. The three-minute movie, which shows the Orion Nebula in both visible and infrared light, was released to the public today.

Facts About Maglev Magnetic levitation transport, or maglev, is a modern form of transportation that suspends, guides and propels vehicles (especially trains) via electromagnetic force. This High-Tech method can be significantly faster than wheeled mass transit systems, potentially reaching velocities comparable to turboprop and jet aircraft (550 to 700 km/h) in regular service. Maglev systems represent a revolutionary transport innovation. At the same time, they can also function as a technology development platform (e.g., superconductors, new materials). They can, in certain cases, bring positive economic benefits through the optimization of spatial networking, travel time reduction and resource efficiency. Each maglev system has its own advantages that can be applied for different uses, e.g., in high-speed passenger and freight transport (containers) or as a local urban commuter system. The following pages aim to discuss some of the potentials (and limitations) of current Maglev system developments.

What is RFID? RFID stands for Radio Frequency IDentification, a technology that uses tiny computer chips smaller than a grain of sand to track items at a distance. RFID "spy chips" have been hidden in the packaging of Gillette razor products and in other products you might buy at a local Wal-Mart, Target, or Tesco - and they are already being used to spy on people. Each tiny chip is hooked up to an antenna that picks up electromagnetic energy beamed at it from a reader device. When it picks up the energy, the chip sends back its unique identification number to the reader device, allowing the item to be remotely identified. Some of the world's largest product manufacturers have been plotting behind closed doors since 1999 to develop and commercialize this technology. RFID tags are NOT an "improved bar code" as the proponents of the technology would like you to believe. 1. 2. 3. As consumers we have no way of knowing which packages contain these chips. Don't you? Join us. Fight Back!