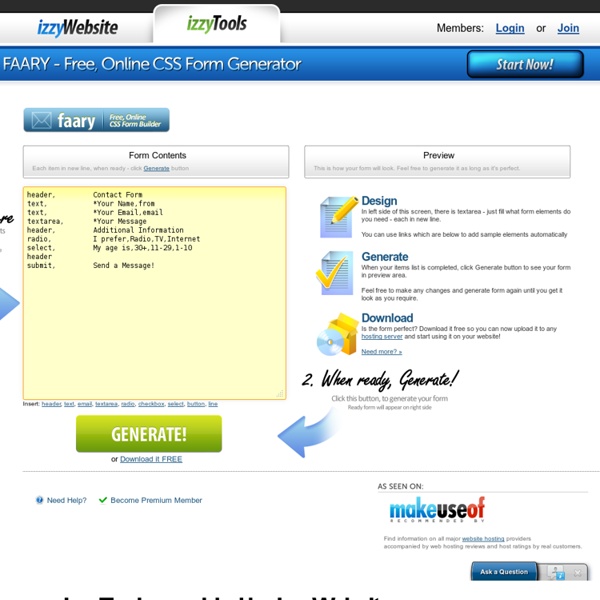 Viaweb&#039;s First Business Plan I recently found what I think is Viaweb's original business plan. I didn't know what a business plan was supposed to have in it, so I just wrote down what I thought was important (in plain text, to make it easy to send by email). The company was called "Webgen" at first. We thought we only needed $15,000 in startup capital; this proved to be an underestimate. Reading this, you can see that even we were still trying to grasp what a web-based application was. MarketplaceMCI was the big power in e-commerce at the time. Sketch of a business plan for Webgen. 24 Aug 95. Webgen allows clients to generate web catalogs remotely. There are several other companies that can generate and serve web catalogs. This will lower the cost of putting a catalog online by, say, 90%. Anyone will be able to sign up to keep a catalog at our site for a flat monthly fee. Suppose you are running a catalog company. Even assuming it succeeds, what are the prospects for Webgen? Why? 1. 2. 3. 1. 2. 3. 4. 5. 6. 1. 2. 3.

ripWiki / FrontPage The Science of Learning: Best Approaches for Your Brain Do you wonder why people don’t understand the idea you’re trying to get across in a meeting? Are you mentoring another developer and struggling to understand why the still don’t get it? Do you run training courses and wonder why the attendees only learn 10% of the material? We are all teachers whether as informal mentors, coaches, trainers or parents. Yet only professional educators receive training in this area. Only twenty years ago most people in the world of neuroscience believed that the connections between the neurons in your brain were fixed by the time you were a teenager (or even younger)[1]. The hippocampus is the gatekeeper for long term memory, in this case declarative memory (i.e. stories and experiences). Abstract Ideas We sometimes start talking about Unit Testing with a long theoretical explanation and we get blank stares from the people we’re trying to help. What is going on in your brain? Emotion It is used to drive our behaviour however it can sometimes get in our way.

Effective Go Introduction Go is a new language. Although it borrows ideas from existing languages, it has unusual properties that make effective Go programs different in character from programs written in its relatives. A straightforward translation of a C++ or Java program into Go is unlikely to produce a satisfactory result—Java programs are written in Java, not Go. This document gives tips for writing clear, idiomatic Go code. Examples The Go package sources are intended to serve not only as the core library but also as examples of how to use the language. Formatting Formatting issues are the most contentious but the least consequential. With Go we take an unusual approach and let the machine take care of most formatting issues. As an example, there's no need to spend time lining up the comments on the fields of a structure. type T struct { name string // name of the object value int // its value } gofmt will line up the columns: All Go code in the standard packages has been formatted with gofmt. If

News Blog: Quantum weirdness wins again: Entanglement clocks in at 10,000+ times faster than light No matter how many times researchers try, there's just no getting around the weirdness of quantum mechanics. In the latest attempt, researchers at the University of Geneva in Switzerland tried to determine whether entanglement—the fact that measuring a property of one particle instantly determines the property of another—is actually transmitted by some wave-like signal that's fast but not infinitely fast. Their test involved a series of measurements on pairs of entangled photons (particles of light) that were generated in Geneva (satellite view at left) and then split apart by optical fiber to two villages 18 kilometers (11 miles) apart where the team had set up photon detectors. (In 2007, researchers transmitted entangled light 144 kilometers between two of the Canary Islands.) The idea in the new experiment is that the photons in each entangled pair are hitting the distant detectors simultaneously, so there's no time for them to exchange a signal. What might such a theory look like?

ARGNet: Alternate Reality Gaming Network Carlos Gonçalves Avila Business Center offers unique corporate visibility, with attractively furnished executive offices in a professional setting including conference rooms, broadband internet and a full range of services. Located in the heart of the Central Business District: Av. República, No. 6, 7 esq, and Av. João Crisóstomo, No. 30, 5º, Lisboa (near Saldanha Square), is also structured for small and large companies, independent workers and other activities that do not require a physical space to operate. Since it was recognized as an innovative company, Ávila Business Center became Eoffice Ambassador for Portugal in 2008. eOffice is a Premium Business Center located in UK ofering flexible workplace and virtual office solutions to help small and growing businesses enjoy the same professional edge as blue-chip organisations (www.eoffice.net). We have our very own dynamic conception, betting on a quality and personalized service in diverse areas, such as: - Office Renting - Virtual offices - Hot Desking

.CSV » new developments in AI Thanks to popular culture, we have a good idea of what to expect when “strong” AI arrives. Machines attain consciousness? Prepare to be harvested as food. What to expect in the near-term is less clear. What are the implications of a car that adjusts its speed to avoid collisions … but occasionally mistakes the guardrail along a sharp curve as an oncoming obstacle and slams on the brakes? I mention these specific examples — smart cars and massive knowledge-bases — because they came up repeatedly in my recent conversations with AI researchers. But confidence to the point of arrogance is practically a degree requirement for computer scientists. Taking that as a signal these technologies are worth understanding I started to do some digging. There is a sense of excitement that infects everyone, whether Detroit exec or Silicon Valley VC, who is involved with electric cars. They are delusional. Of course, I am far from the first to recognize the importance of this development. Accident Theory

Google Gadgets, Widgets and Moduls - Smashing Magazine Advertisement If you’ve never used it before, you’ll want to give it a try: Google Desktop1 is a handy tool, which enables you to search within your personal data in seconds. Fresh Google Gadget Plugins2 can make your search even more efficient, particularly if you are searching for videos, images or non-plaintext-files; besides, as web-developer you can also use numerous Gadgets3 and Moduls4 to personalize your sidebar and put some useful tools or web-services on your personal desktop. Gagdets and Moduls can serve the same purpose, however, originally they were developed for different applications. PC-Tools Desktop Netstat6 Desktop Netstat is a handy plugin for Google Desktop that allows you to monitor your computer’s network connections in realtime. Life Management Goocal11 This panel will show you today’s events from your Google Calendar at one quick glance. Web-Tools: Adsense Status18 View earnings information from your Google Adsense account in the Google Desktop sidebar. It's done.

Microsoft turns over all Win7 and server source code to Russia&#039;s new KGB It seems absurd. Microsoft, America's preeminent software maker, provides the operating system for more than 90% of the world's computers -- including those used by the U.S. Government. Microsoft has always carefully protected the source code to its operating systems. Microsoft protects its source code for a variety of reasons. Another is consistency. But the prime reason is security. That's why a little piece of news covered by ZDNet UK's Tom Espiner is so astonishing. According to Espiner, Microsoft has turned over all its source code for Windows 7, along with its source for Microsoft Windows Server 2008 R2, Microsoft Office 2010 and Microsoft SQL Server to Russia's Federal'naya sluzhba bezopasnosti Rossiyskoy Federatsii. As has become quite apparent over the last week, Russia is far from out of the espionage business. As Espiner reports, this is all about business, rather than state security. From a security perspective, this is an astonishing act. What do you think?

Yoga Porto RSS and Twitter news feeds from the Financial Times FT.com RSS feed terms of use You may download our RSS feeds and view them for your personal use. We currently publish headlines and teaser text within our RSS feeds. • only publish the feed for access via a web-based browser. • do not use or publish the feed as part of a paid for service or for other commercial gain. • publish the feed as it is made available on FT.com, so that you only include the headline and teaser content, and ensure that the headline links back to the full text article on FT.com. • attribute the feed to the FT as “© The Financial Times Limited [year]”. • do not archive the feed or any of its content. • comply with our guidelines on usage of FT logos, see