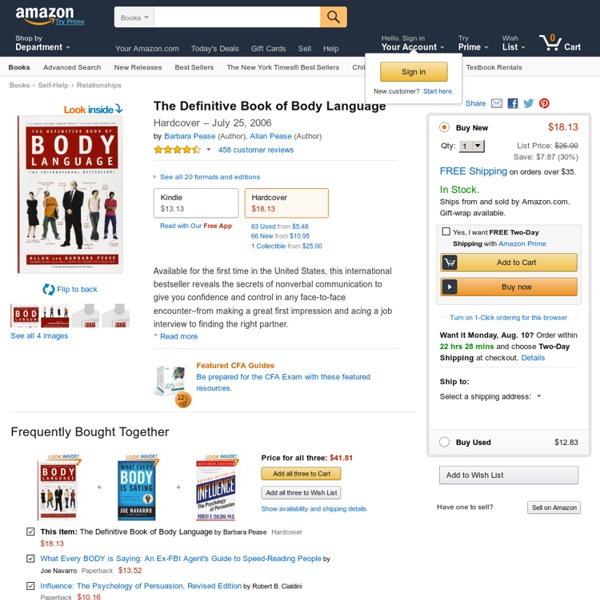 10 Ways to Instantly Build Self Confidence Self confidence is the difference between feeling unstoppable and feeling scared out of your wits. Your perception of yourself has an enormous impact on how others perceive you. Perception is reality — the more self confidence you have, the more likely it is you’ll succeed. Although many of the factors affecting self confidence are beyond your control, there are a number of things you can consciously do to build self confidence. 1. Although clothes don’t make the man, they certainly affect the way he feels about himself. This doesn’t mean you need to spend a lot on clothes. 2. One of the easiest ways to tell how a person feels about herself is to examine her walk. 3. Similarly, the way a person carries herself tells a story. 4. One of the best ways to build confidence is listening to a motivational speech. 5. When you focus too much on what you want, the mind creates reasons why you can’t have it. 6. 7. 8. 9. 10. Too often we get caught up in our own desires. Related Articles:

The 50th Law Origins[edit] The 50th Law grew out of the friendship and mutual admiration between 50 Cent and Robert Greene.[7] Greene's book The 48 Laws of Power, which has long been a staple in the hip hop world, came to the attention of 50 Cent, who asked his manager to arrange a meeting. Greene said that he was surprised by 50 Cent's persona and was impressed by his "Zen-like calmness" and eye for strategy.[8] The two began to work on a book project that would combine their two worlds.[8][9] According to Greene, 50 Cent is an example of what Machiavelli called a New Prince, a leader who emerges in a time of chaos or turmoil and rewrites the rules.[8] According to 50 Cent, Greene's books describe the laws and strategies used by hustlers on the street, even if they might not know the "technical terms" for what they were doing.[10] Synopsis[edit] Reception[edit] References[edit] External links[edit]

The 33 Strategies of War Reception In the book Greene reveals that "Afghanistan was rich in natural gas and other minerals and had ports on the Indian Ocean".[14] The political tales in the book are said to be "mostly foolish or just plain wrong".[15] The book has "far too many duff sentences",[5] for example: "Your goal is to blend philosophy and war, wisdom and battle, into an unbeatable blend."[5][16] It has sold more than 200,000 copies.[17] See also References Notes Jump up ^ Greene, Robert, "The 33 Strategies of War", Viking Adult, 2006Jump up ^ "The 33 Strategies of War, by Robert Greene". External links 33 Strategies of War interview featuring Robert Greene The Art of Seduction Synopsis[edit] Reception[edit] Greene considers himself a Reformed Rake, one of the types of seducers mentioned in the book,[14] and states that he used the book's techniques to attract his current girlfriend, Anna Biller.[19] He is working to develop a television series based on the book.[12] References[edit] External links[edit] Power, Seduction and War: The Robert Greene Blog

8 Clever Bandits Victor Lustig: the criminal who managed to “sell” the Eiffel Tower, twice! In 1925 a con artist called Victor Lustig managed to sell the Eiffel tower, not just once, but twice within two months! France had just recovered from World War I, and Paris was booming, an excellent environment for a con artist. Lustig's master con came to him one spring day when he was reading a newspaper article regarding the debate raging around the maintenance costs of the 36 year old Eiffel tower. Lustig saw the possibilities behind this article and developed a remarkable scheme. Lustig produced fake government stationery for him and invited six scrap metal dealers to a confidential meeting at one of the most prestigious hotel in Paris, to discuss a possible business deal. Frank Abagnale: the teenager impostor who passed over 2.5 million dollars in forged checks Anthony J. The woman who robbed a house, was caught by the owner but escaped by saying she was on the wrong house

38 Ways To Win An Argument—Arthur Schopenhauer - The India Uncut Blog - India Uncut For all of you who have ever been involved in an online debate in any way, Arthur Schopenhauer’s “38 Ways To Win An Argument” is indispensable. Most of these techniques will seem familiar to you, right from questioning the motive of a person making the argument instead of the argument itself (No. 35), exaggerating the propositions stated by the other person (No. 1) , misrepresenting the other person’s words (No. 2) and attacking a straw man instead (No. 3). It’s a full handbook of intellectual dishonesty there. Indeed, I generally avoid online debates because they inevitably degenerate to No. 38. The full text is below the fold. Many thanks to my friend Nitin Pai for reintroducing me to it. 38 Ways To Win An Argumentby Arthur Schopenhauer 1 Carry your opponent’s proposition beyond its natural limits; exaggerate it. Phew.

HOW TO CHEAT AT EVERYTHING Over lunch with Simon Lovell, a fascinating former card shark, Allison Schrager learns all sorts of things about how swindlers operate ... Special to MORE INTELLIGENT LIFE "I can spot someone's weakness a mile away. "Take that woman over there." "Or that man over there, over-dressed, too neat, over-confident, thinks he is too smart to be taken." "But ultimately, anyone can be conned, if you have the balls to do it." Simon Lovell should know. Presently, instead of subjecting people to cons, Mr Lovell stars in a one-man off-Broadway show, "Strange and Unusual Hobbies". "I could sell shit at an anti-scat party," he says, "you have to figure out someone's wants and needs and convince them what you have will fill their emotional void." It requires avid study of psychology and body language. Mr Lovell draws people in by mirroring their body language. Con men tend to be excellent conversationalists. Just then we are interrupted by our waiter. A favourite con of Mr Lovell's is called the Cross.

Perfect Persuasive Messages Craft messages that change minds using these 20 principles of persuasion, all based on established psychological research. Perfection is hard to achieve in any walk of life and persuasion is no different. It relies on many things going just right at the crucial moment; the perfect synchronisation of source, message and audience. But even if perfection is unlikely, we all need to know what to aim for. To bring you the current series on the psychology of persuasion I’ve been reading lots of research, much more than is covered in recent posts. As I read, I noticed the same themes cropping up over and over again. Here are the most important points for crafting the perfect persuasive message, all of which have scientific evidence to back them up. Change minds You should be aware that many of these factors interact with each other. Argument strength is also critical. Image credit: Maigh

Confidence tricks Techniques > Confidence tricks Articles | Examples | So what There is, according to legend, a sucker born every day, and of course there are many confidence tricksters around who are all too ready to relieve them of their wealth. Two main levers of confidence tricksters are gullibility and greed. Articles Gullibility: Are there easy targets? Examples There are more con tricks than days in the year. The Antique Toy: Cheating the cheater. So what So for goodness sake be careful where you place your trust. Also be very cautious of things that are more ordinary. And of course don't stoop to harming others in such ways as these. See also Confidence tricks links Poor Man's Polygraph Part 1 Poor Man's Polygraph - Part 1 The Well... Technique Imagine you think your spouse is having an affair. The Poor Man's Polygraph consists of a series of techniques that increase the probability of detecting deception, The Poor Man's Polygraph provides deceptive indicators, not proof of deception. Well... When you ask someone a direct Yes or No question and they begin their answer with the word "Well," there is a high probability of deception. Dad : Did you finish your homework? Dad need not wait for his daughter to finish her answer because he knew by her use of the word "Well" that she was about to give him an answer she knew he was not expecting. In another example, I interviewed a person who I thought witnessed a murder. Me : Did you see what happened? I asked the witness a direct Yes or No question to which he knew I expected a "Yes" answer. The "Well..." technique only works with direct Yes or No questions.