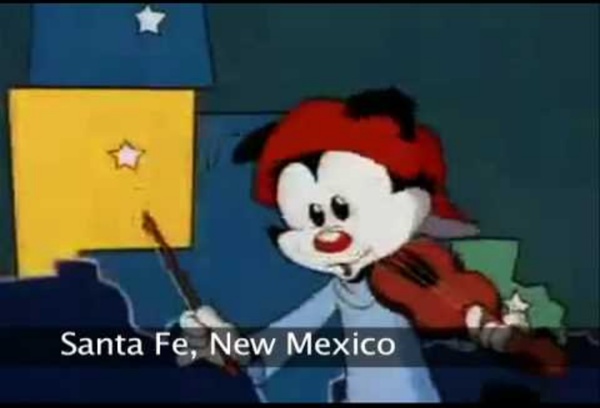 Test your geography knowledge - USA states | Lizard Point Small, hard to click regions are enhanced with a red circle, as shown below: United States BINGO Game Just last week my son said to me, “Mom, I know all the news.” Before I could ask him what he was talking about, he rattled off, “New Hamster, New York, New Jersey, and New Mexico.” These kind of unsolicited comments make me smile. Why? 1) Because of his mispronunciation of New Hampshire. 2) Because he’s obviously interested in (and learning about) the states of our great country. It’s been awhile since we pulled out our Scrambled States Memory Game and although I love it, I wanted to do something new with the states shapes I’d made. Before we got to playing, though, we read Loreen Leedy’s book, Celebrate the 50 States! I let my son pick his BINGO card and cover the FREE space in the center. Until my son learns the states better, I’ll show him the call cards so he can see the color and shape of the state.

United States PEOPLE & CULTURE Throughout its history, the United States has been a nation of immigrants. The population is diverse with people from all over the world seeking refuge and a better way of life. The country is divided into six regions: New England; the mid-Atlantic; the South; the Midwest; the Southwest, and the West. European settlers came to New England in search of religious freedom. The mid-Atlantic region includes Delaware, Maryland, New Jersey, New York, Pennsylvania, and the city of Washington, D.C. The South includes Alabama, Arkansas, Florida, Georgia, Kentucky, Louisiana, Mississippi, North Carolina, South Carolina, Tennessee, Virginia, and West Virginia, all of which struggled after the Civil War, which lasted from 1860-1865. The Midwest is home to the country's agricultural base and is called the "nation's breadbasket." The Southwest is a beautiful stark landscape of prairie and desert.

Confucius - Full Episode - Confucius Videos Confucius was an influential Chinese philosopher, teacher and political figure known for his popular aphorisms and for his models of social interaction. Synopsis Kong Qui, better known as Confucius, was born in 551 B.C. in the Lu state of China. His teachings, preserved in the Analects, focused on creating ethical models of family and public interaction, and setting educational standards. He died in 479 B.C. Confucianism later became the official imperial philosophy of China, and was extremely influential during the Han, Tang and Song dynasties. Early Life Confucius, also known as Kong Qui or K’ung Fu-tzu, was born August 27, 551 B.C. in Tuo, China. Philosophy and Teachings During the sixth century B.C., competing Chinese states undermined the authority of the Chou Empire, which had held supreme rule for over 500 years. Confucius’ political beliefs were likewise based on the concept of self-discipline. Major Works Death and Legacy Videos

10 Top Tourist Attractions in the USA As one of the largest and most diverse countries in the world, The United States boast an amazing amount of tourist destinations ranging from the skyscrapers of New York and Chicago, the natural wonders of Yellowstone and Alaska to the sunny beaches of California, Florida and Hawaii. With so many tourist attractions it’s tempting to list entire cities or even states, but in this top 10 I have tried to focus on specific attractions. 10White House The White House in Washington DC is the official residence and office of the President of the United States. It was built between 1792 and 1800 and first used by President John Adams. After the 9/11 attacks it has become more difficult to visit the White House and today tours are available only for groups of 10 or more and must be requested up to six months in advance through your member of Congress or your country’s US Ambassador. Where to Stay in Washington DC 9Denali National Park Where to Stay in Denali National Park | Denali National Park Guide