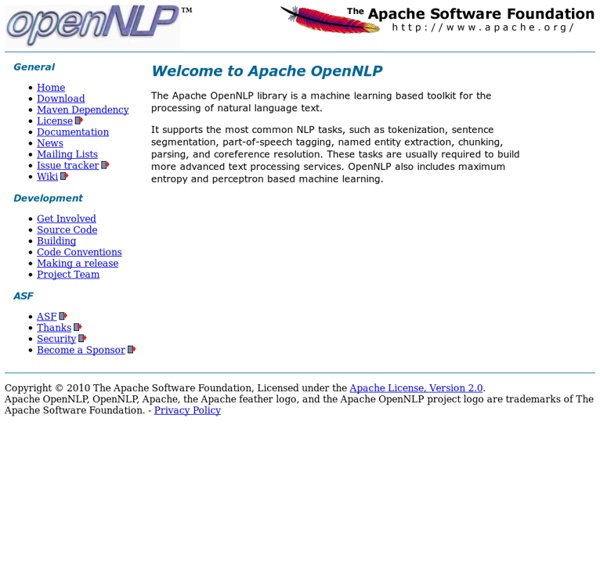 Zemanta - contextual intelligence for everyone! Species Habitat Modeling Maxent software for species habitat modeling Most current version: 3.3.3k (see new features below). Use this site to download software based on the maximum-entropy approach for species habitat modeling. Further description of this approach can be found in: Steven J. Terms of use: This software may be freely downloaded and used for all educational and research activities. Please provide your name, institution and email address prior to downloading. Discussion Group There is a google discussion group for users of this software at Tutorial A tutorial explaining how to use this software is provided here as a word document. Translations: A Spanish translation of a slightly older version of the tutorial, provided by Paolo Ramoni-Perazzi, is available here. Datasets Here are the datasets used in the Ecological Modeling paper referenced above: coverages.zip - the coverages we used in modeling. Main changes in Version 3.3

Apache Lucene - Welcome to Apache Lucene Welcome to Apache Stanbol! - Apache Stanbol Panopticism Foucault and the Codes of Cyberspace Mark Winokur We cannot agree on an historical point of origin for the Internet. The cultural-critical "app" I choose for discussing this poststructural indeterminacy is Michel Foucault's notion of panopticism: first, because it is one of the more straightforward poststructuralist notions; second, because it is not just an important and conventional touchstone within the community of poststructural critics, but has also made its way into popular discourse; third, because it already has a familiar application within Internet studies; and fourth, and most importantly, because the Internet and the panopticon make significantly similar assumptions about the creation of the subject within discourse. Panopticism 1.0 In fact, panopticism seems an appropriate poststructuralist model for this instance because the Internet has been tentatively read through the lens of panopticism before, for example in Communications Studies. Foucault's Panopticon The Gaze.

GATE.ac.uk - index.html Metaweb video From Freebase On July 16th 2010, when Metaweb announced their acquisition by Google, they also launched a video that explains what Metaweb/Freebase does, what entities are, etc. You know what drives me crazy about words? Like, check this out: someone says, "I love Boston." But, I guess there's really no way of knowing. So how come on the web, so many sites still try to organise stuff with words? But what if there was a better way? Welcome to Metaweb. OK, well, let's compare that to text. But that's just the beginning. So, Metaweb's been in the process of identifying millions of these entities and mapping out how they're related, and what words other sites use to refer to them. So, how is this going to help you? Or, say you're that product guy at the music site. Are you kidding me? And it's not just movies and bands. Metaweb makes your site smarter.

EcoSim: Ecosystem Simulation Ecological modeling is a still growing field, at the crossroad between theoretical ecology, mathematics and computer science. Ecosystem models aim to characterize the major dynamics of ecosystems, in order to synthesize the understanding of such systems, and to allow predictions of their behavior. Because natural ecosystems are very complex (in terms of number of species and of ecological interactions) ecosystem models typically simplify the systems they are representing to a limited number of components. In the area of ecosystem simulation, individual-based modeling provides a bottom-up approach allowing for the consideration of the traits and behavior of individual organisms. A run of the simulation EcoSim from time step 1 to 1660. The global objective of our work is to develop such a powerful predator-prey ecosystem simulation, called EcoSim, and to try to gain some knowledge about natural ecosystems thanks to it. More videos of the simulation are available.

Apache UIMA - Apache UIMA BBC Internet Blog: BBC World Cup 2010 dynamic semantic publishing Natural Language Toolkit — NLTK 3.0 documentation Introducing fise, the Open Source RESTful Semantic Engine Edit: fise is now known as the Stanbol Enhancer component of the Apache Stanbol incubating project. As a member of the IKS european project Nuxeo contributes to the development of an Open Source software project named fise whose goal is to help bring new and trendy semantic features to CMS by giving developers a stack of reusable HTTP semantic services to build upon. As such concepts might be new to some readers, the first part of this blog post is presented as a Q&A. What is a Semantic Engine? A semantic engine is a software component that extracts the meaning of a electronic document to organize it as partially structured knowledge and not just as a piece of unstructured text content. Current semantic engines can typically: categorize documents (is this document written in English, Spanish, Chinese? During the last couple of years, many such engines have been made available through web-based API such as Open Calais, Zemanta and Evri just to name a few. How to use fise? The engines endpoint