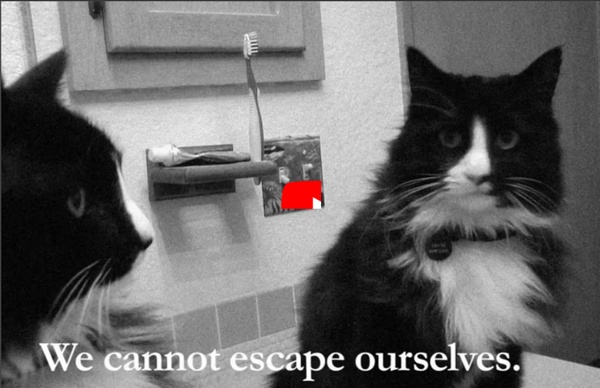 Call climate change what it is: violence If you're poor, the only way you're likely to injure someone is the old traditional way: artisanal violence, we could call it – by hands, by knife, by club, or maybe modern hands-on violence, by gun or by car. But if you're tremendously wealthy, you can practice industrial-scale violence without any manual labor on your own part. You can, say, build a sweatshop factory that will collapse in Bangladesh and kill more people than any hands-on mass murderer ever did, or you can calculate risk and benefit about putting poisons or unsafe machines into the world, as manufacturers do every day. If you're the leader of a country, you can declare war and kill by the hundreds of thousands or millions. And the nuclear superpowers – the US and Russia – still hold the option of destroying quite a lot of life on Earth. So do the carbon barons. The message is that ordinary people will behave badly in an era of intensified climate change. Climate change is violence.

The Hidden Memories of Plants - Atlas Obscura Monica Gagliano began to study plant behavior because she was tired of killing animals. Now an evolutionary ecologist at the University of Western Australia in Perth, when she was a student and postdoc, she had been offing her research subjects at the end of experiments, the standard protocol for many animals studies. If she was to work on plants, she could just sample a leaf or a piece of root. When she switched her professional allegiance to plants, though, she brought with her some ideas from the animal world and soon began exploring questions few plant specialists probe—the possibilities of plant behavior, learning, and memory. “You start a project, and as you open up the box there are lots of other questions inside it, so then you follow the trail,” Gagliano says. In her first experiments with plant learning, Gagliano decided to test her new subjects the same way she would animals. Three days later, Gagliano came back to the lab and tested the same plants again.

Bournemouth Wedding Photography Highcliffe Castle is a stunning venue, and the giant window Leah & Ben were married under made a great backdrop. After a while milling around in the grounds, some of the guests decided to take the coastal path to Leah's parents house which was a 10 minute walk away. I followed the guests and by the time we got to the house, I was suitably sand-blasted thanks to the wind! Despite the winds constant attempts to whisk the marquee into the channel, it stood its ground and everyone, myself and Alex included, had a throughly enjoyable time! If you're looking for a wedding photographer in Dorset, do get in touch.

What Makes You You? - Wait But Why Note: If you want to print this post or read it offline, the PDF is probably the way to go. You can buy it here. When you say the word “me,” you probably feel pretty clear about what that means. But when you stop and actually think about it for a minute—about what “me” really boils down to at its core—things start to get pretty weird. The Body Theory We’ll start with the first thing most people equate with what a person is—the physical body itself. “It really changed him—he’s just not the same person anymore,” they don’t literally mean Mark isn’t the same person—he’s changed, but he’s still Mark, because Mark’s body is Mark, no matter what he’s acting like. So what happens when you cut your fingernails? How about if you get a liver transplant? What if you get a terrible disease and need to replace your liver, kidney, heart, lungs, blood, and facial tissue with synthetic parts, but after all the surgery, you’re fine and can live your life normally. Well maybe it’s your DNA? Consider this—

Longevity Expert Tips for a Long Life Photo: Japan Times In 2009, author, physician, and longevity expert Dr. Shigeaki Hinohara sat down with Japan Times for an enlightening and eye-opening interview. At the time, Hinohara was 97-years-old and esteemed for his health—both physical and mental—and his admirable role as “one of the world’s longest-serving physicians and educators.” Covering everything from health to happiness, Hinohara's tips outlined in Japan Times offer a bit of insight into his own longevity. Because of these outstanding professional successes and his mindful approach to everyday life, Hinohara has served as an inspiration in Japan and beyond for decades. Photo: Karsten Thormaehlen 1. “All people who live long — regardless of nationality, race or gender — share one thing in common: None are overweight. 2. “To stay healthy, always take the stairs and carry your own stuff. 3. “Energy comes from feeling good, not from eating well or sleeping a lot. 4. “Always plan ahead. 5. 6. “It’s wonderful to live long.

It's so good to come back home... …when you have a loving pet waiting for you all day, so looking forward to seeing you. Right? :-) Thanks for sending, Layla! I had such a good laugh! I you liked these pictures, I think you’ll like these too… Click on the thumbnail! 87 Deeply Subversive Documentaries That Challenge the Status Quo x2x By Films For Action / filmsforaction.org/ Jul 19, 2017 Now that there are thousands of films on Films For Action, we realized the very best gems have really become buried all across our library, and for people new to this information, we needed a more guided way to dive in. Spread across 15 core themes, this collection aims to be that entry point. It is our attempt to curate the kind of crash-course curriculum on the state of the world we wish we had all got growing up, especially during high school and college, but didn't. Sadly, you are not likely to see these documentaries in school, broadcast on television, or available on Netflix. Enjoy the knowledge swim! Economics Education Ecology Media Literacy Empire & Government War Drug Prohibition and Prisons Community Food Democracy & Politics Culture Consumerism The Big Picture Wisdom Designing The Future Explore Films For Action's complete library via the Explore menu.

Antipodes Map - Tunnel to the other side of the world 45 Awesome Abstract Textures Finding that perfect texture for your design can be quite the search, and also quite time consuming. To help you out a bit we’ve browsed through the large collection of textures over at deviantART and picked out some abstract textures. These can inspire you in making your own ones or you can use them. Maybe this can be the helpful start to a new project? Let’s dive in!

Life without language | Neuroanthropology Thought without symbols — life without language — it’s a cognitive reality that is virtually impossible for most modern humans to fathom. For the vast majority of us, our thought processes have been profoundly shaped by the introjection of language into our cognitive worlds, the taking on board of a massive intellectual prosthesis, the collective product of countless generations. Human thought, for the majority, is not simply the individual outcome of our evolved neural architecture, but also the result of our borrowing of the immense symbolic and intellectual resources available in language. What would human thought be like without language? The question of the relationship between language and ‘mind’ (a word I hate using), or between symbolic resources and cognitive abilities (there, that’s equally vague!) We might try to imagine thinking without language, but, of course, we’d be doing that with language itself. Schaller meets Ildefonso I walked up to him and signed, “Hello. Stumble It!

I helped create the GOP tax myth. Trump is wrong: Tax cuts don’t equal growth. By Bruce Bartlett By Bruce Bartlett PostEverything Perspective Perspective Discussion of news topics with a point of view, including narratives by individuals regarding their own experiences September 28 at 9:30 AM Bruce Bartlett was a domestic policy adviser to President Ronald Reagan. President Trump delivers a speech about tax reform Sept. 27 in Indianapolis. Four decades ago, while working for Rep. I've seen this racial denialism before – in post-apartheid South Africa | US news John Edwin Mason first visited South Africa before Nelson Mandela walked free from prison, and he keeps going back. He is an associate professor at the University of Virginia in Charlottesville, now at the centre of the American conversation about race. Does Charlottesville remind him of anywhere in South Africa? Having lived and worked in South Africa for six years, I get the comparison. Last Saturday, Charlottesville, nestled in the Blue Ridge Mountains, witnessed a march by white supremacists and Ku Klux Klan members wielding shields, clubs and guns as well as Nazi swastikas and Confederate flags, ostensibly protesting over the planned toppling of a 1924 statue of the Confederate general Robert E Lee. In sharp relief came a tweet by Barack Obama, America’s first black president, quoting Nelson Mandela, South Africa’s first black president: “No one is born hating another person because of the color of his skin or his background or his religion ...”

‘Don’t brand me’: The Indian women saying no to forced tattoos Image copyright WaterAid/ Ronny Sen In India, and across the world, getting a tattoo is nowadays seen as a sign of independence and rebellion. Many young people get inked to showcase their identity, what makes them distinctive and who they are. But for me, a decision to not get a tattoo was my version of rebellion, an assertion of my hard-fought independence. It was my way of saying: "I will not toe the line." I grew up thinking of tattoos, along with nose and ear piercings, as symbols of the subjugation of women. That's because my mother has a couple of tattoos. In many rural communities in the northern Indian state of Uttar Pradesh, where my family comes from, it's mandatory for married women to have tattoos, locally known as Godna. "My family told me that if I didn't have a tattoo, no-one in my matrimonial home would drink water or take food offered by me. She was a child bride, not even 11 at the time of her wedding in the 1940s. "I cried through it.