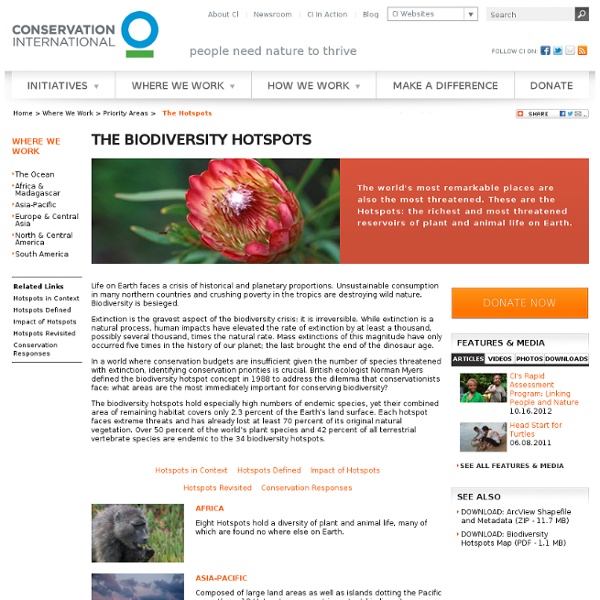 Page Content Life on Earth faces a crisis of historical and planetary proportions. Unsustainable consumption in many northern countries and crushing poverty in the tropics are destroying wild nature. Biodiversity is besieged. Extinction is the gravest aspect of the biodiversity crisis: it is irreversible. In a world where conservation budgets are insufficient given the number of species threatened with extinction, identifying conservation priorities is crucial. The biodiversity hotspots hold especially high numbers of endemic species, yet their combined area of remaining habitat covers only 2.3 percent of the Earth's land surface. Hotspots in Context Hotspots Defined Impact of Hotspots Hotspots Revisited Conservation Responses Subsection 01 Eight Hotspots hold a diversity of plant and animal life, many of which are found no where else on Earth. Subsection 02 Composed of large land areas as well as islands dotting the Pacific seas, these 13 Hotspots represent important biodiversity.