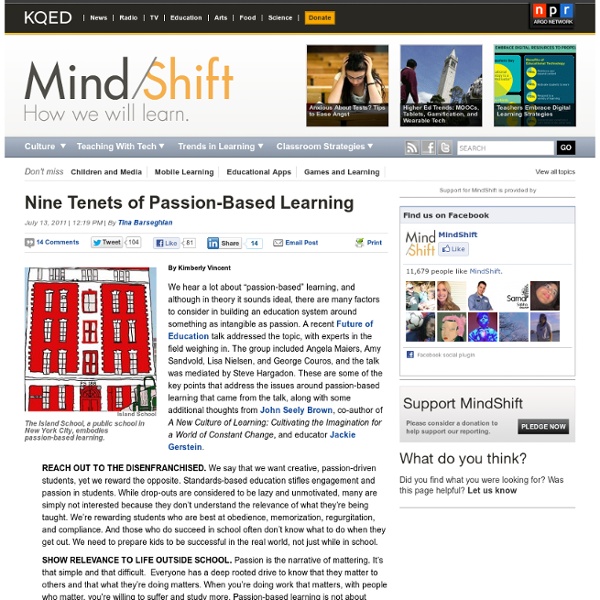 Public and Private: What's the Difference? American colleges and universities, especially those that define themselves as public institutions because they are owned by states, carry on a continuous conversation with their faculty, students, trustees, legislators, alumni and friends about the distribution of benefits and costs between private and public entities. This conversation of many decades has gained considerable visibility lately in the form of a question: Are America’s public universities becoming private? Although this question is surely worth the extended and often highly perceptive analysis it receives, it sometimes helps to reconfigure the debate slightly to gain another perspective. It’s not that anyone misses the central point -- the public, tax supported percentage of public university budgets has been in decline for over a decade, even though the public investment in public higher education in total dollars continues to rise as more and more students enter postsecondary education. This is not a bad thing.

The Social Power of Sharing Mistakes Much of the research about learning and the brain could be distilled into a few simple words: Mistakes are good. Struggle makes you smarter. When it comes to applying this lesson to our lives, the problem is not with the science, but rather with our powerful natural aversion to mistakes and struggle. Try as we might to convince ourselves otherwise, mistakes feel crummy; struggle feels like a verdict. The question is, how to fix that? One good answer: do it as a group. Last week I heard of a nice strategy from the headmaster of a private high school in Utah. Backstory: A new assistant headmaster (let’s call him Ernest) had been asked to speak to one of the school’s biggest donors about an upcoming project. But for some strange reason Ernest didn’t. The Mistake Club was born. The benefits, of course, go far beyond the pleasure of the joke. Here are few other ways to do that: Rate This (3 votes, average: 5.00 out of 5) Loading ... Share This

Competition in Education Would educational choice benefit school children and us? The answer is as obvious as you think. Listen Now | Download BreakPoint Subscribers - If you have not been receiving your daily BreakPoint emails, please confirm your subscription at the Colson Center home page, directly below the Two Minute Warning section. We apologize for the inconvenience! You probably know that American kids score lower on math and science tests than students in most industrialized countries. Why you probably don’t know is that these numbers don’t tell the whole story. The problem is that there is a large number of kids whose local schools are failing them -- and us -- miserably. For instance, in my colleague’s home town of Paterson, New Jersey, only 38 percent of public school students read at grade level. It’s not for a lack of money: New Jersey spends more per-pupil than almost any other state. The problem is that the system operates primarily for the bureaucracy, not for the students. Their “Superman” is us.

Failure School: Metacognitive Reframing Boosts Working Memory What's a quick way to boost a student's working memory? Tell them that learning is difficult and failure is common. At least that's a conclusion from a French research study that tested 111 6th graders with a series of difficult anagram puzzles. "... a researcher talked to the students about the difficulty of the problems. The researchers also went on to test reading comprehension, and the students who had heard that learning is difficult and often accompanied by failure scored higher than all the other groups."

Changes that have taken place in distance learning - by Dr Pandula Siribaddana Dr Pandula Siribaddana's image for: "Changes that have taken Place in Distance Learning" Caption: Location: Image by: Distance learning is a learning method that has gained wide popularity from its humble beginnings and is currently on course to dominate the future education practices. From its earliest roots in the 19th century when the postal service was established, the modern day distance learning had grown from strength to strength. Distance learning is the conduct of educational activities while the students and the teachers are divided from time, place or else in both modalities. Distance learning began by sending course material through mail to a prospective student and the student replying to it through the same mode. But, with the developments that took place in the internet as well as following it became a cheap commodity to everyone, distance educators were quick to grab the opportunity and at present, distance learning without mentioning the internet had become rarity.

Pre-Teacher Beware: Not All Roads to Certification Are Created Equal In a tight job market characterized by layoff notices and hiring freezes, teaching positions are hard to come by. But as the economy teeters toward recovery, and half of the nation’s 3.2 million educators plan their retirement, certified teachers may soon become a hot commodity. For-profit and nonprofit organizations nationwide are capitalizing on the growth potential and carving out niches for themselves in the certification arena. Wannabe teachers are confronted by an array of new certification options—sometimes from unexpected places such as the American Museum of Natural History, The New York Times Knowledge Network and the Wildlife Conservation Society. Tim R. Sass is an economics professor at Georgia State University. “Some [alternative certification programs] like Teach for America are quite selective,” Sass explained, “while others are much easier to enter. Sass compared the effectiveness of teachers certified by various programs.

Schools that matter "[This drive for the new learning experiences] explains why an openness to the new, though it can sometimes kill the cat, remains a highlight of adolescent development. A love of novelty leads directly to useful experience. More broadly, the hunt for sensation provides the inspiration needed to "get you out of the house" and into new terrain, as Jay Giedd, a pioneering researcher in teen brain development at NIH, puts it. "Also peaking during adolescence (and perhaps aggrieving the ancientry the most) is risk-taking. We court risk more avidly as teens than at any other time. This shows reliably in the lab, where teens take more chances in controlled experiments involving everything from card games to simulated driving. "Are these kids just being stupid? "Yet these explanations don't hold up. "So if teens think as well as adults do and recognize risk just as well, why do they take more chances?

Story | Jones International JIU’s founder Glenn R. Jones embodies determination and the entrepreneurial spirit. Undaunted by his modest beginnings, he was committed to hard work, risk taking, and making the most of every opportunity. His creation of Jones International University was fueled by his commitment to make personal and professional success a possibility for every individual, regardless of circumstance. Mr. Mr. After graduating from the University of Colorado School of Law in 1961, Mr. His passion for education, and personal experience of its power, was never far from Mr. With the advancement of Internet technology, Mr. Mr.

Calling a spade a spade | PoliticsNC The most insidious lies that Republicans are telling right now are the ones about public education. It’s their Achilles Heel and they know it. In the 1990s and early ‘00s, Democrats pounded them for their opposition to higher teacher salaries, lower class size and early childhood education. People know that good schools lead to good jobs and strong economy. So, the Republican minions, including Governor McCrory, are out gleefully spouting canned talking points. In the real world, county school boards are looking at huge budget cuts that will adversely affect the quality of their schools. By every reasonable measure, education funding is down dramatically from pre-recession levels and the incidental increase this year over last is not enough to cover the increased enrollment or account for inflation. Republicans repeatedly say that we can’t fix our problems by throwing money at them. It’s time to call a spade a spade. So stop with the talking points.