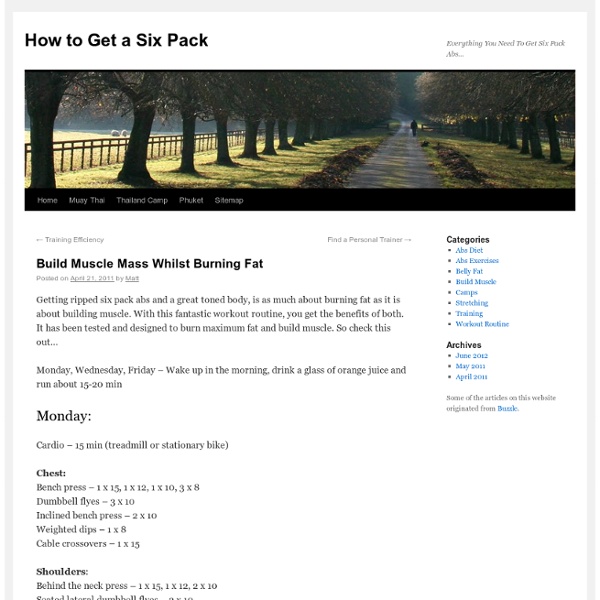 Your Age on Other Worlds Want to melt those years away? Travel to an outer planet! <div class="js-required"><hr> This Page requires a Javascript capable browser <hr></div> Fill in your birthdate below in the space indicated. (Note you must enter the year as a 4-digit number!) Click on the "Calculate" button. The Days (And Years) Of Our Lives Looking at the numbers above, you'll immediately notice that you are different ages on the different planets. The earth is in motion. The top-like rotation of the earth on its axis is how we define the day. The revolution of the earth around the sun is how we define the year. We all learn in grade school that the planets move at differing rates around the sun. Why the huge differences in periods? Johannes Kepler Tycho Brahe Kepler briefly worked with the great Danish observational astronomer, Tycho Brahe. Here you see a planet in a very elliptical orbit. Kepler's third law is the one that interests us the most. The Gravity Of The Situation Isaac Newton ©2000 Ron Hipschman

Clever Ads Billboard Here is a series of brilliant billboard ads dedicated to promoting science in Vancouver, by Science World Museum in collaboration with Rethink Canada… World museum – Rethink Canada » Best Procrastination Tip Ever Post written by Leo Babauta. Your first thought as you look at this article will be, “I’ll read this later.” But don’t. Let the urge to switch to a new task pass. Read this now. It’ll take you two minutes. I’ve written the book on ending procrastination, but I’ve since come up with a very simple technique for beating everyone’s favorite nemesis. Try it now: Identify the most important thing you have to do today. Clear away distractions. Sit there, and focus on getting started. Pay attention to your mind, as it starts to have urges to switch to another task. But don’t move. Notice also your mind trying to justify not doing the task. Now just take one small action to get started. Get started, and the rest will flow.

Incredible Space Pics from ISS by NASA astronaut Wheelock Go Discovery! It was October 23, 2007 at 11:40am EST when I had my first ride to space on Discovery. She’s beautiful… just sad that this will be her last voyage. Looking forward to climbing aboard the flight deck when Discovery arrives at the Space Station in November. (9-23-2010). Incredible Photos from Space: Larry Tanner, NASA. Special thanks: Bethbeck’s blog On September 22, 2010, with the departure of the Expedition 23 crew, Colonel Douglas H. We thought that we should put some of the space photos together as a tribute to him and the whole ISS crew. The following space photos are all visible on Astro_Wheels’ twitpic account, and we are eternally grateful to him for sharing these space photos with the world. Incredible Photos from Space: ‘Earthshine’… The Space Station basking in blue Earthshine as the rising sun pierces our razor-thin atmosphere to cover the Space Station with blue light. NASA astronaut Douglas H.

350 Photoshop Tutorials Photoshop is what makes the virtual world seem alive. Its nothing less than a blessing for designers. The Internet is full of Photoshop Tutorials and you will find a tutorial on each and every tool. With that being said, we understand that these tutorials require time and effort to find so we’ve saved you both. How? Well, basically, we compiled a collection of easy to understand Photoshop tutorials that will aid you with just about every aspect of Photoshop and teach you the essentials of the software. Who knows, after going through these tutorials, you may end up being the next big thing in the world of Graphic Design. This article is divided in 14 Sections: Advertisement Tutorials for Beginners 5 Common Photoshop Myths Solved for Absolute Beginners In this post, author will provide 5 Simple, Yet Useful Photoshop “How-to”s for Absolute Beginners. More Information on 5 Common Photoshop Myths Solved for Absolute Beginners How to Use and Create Brushes in Adobe Photoshop Text Tutorials Fire

10 Sentences that Can Change Your Life The power of a sentence is tremendous. A single destructive sentence can ruin somebody’s life, make your day, or change your mood. Fortunately, there are some sentences that can give us power to go on. We have sorted out 10 powerful sentences that can change your life for the better. #1 “People aren’t against you; they are for themselves.” #2 “Climb mountains not so the world can see you, but so you can see the world.” #3 “You learn more from failure than from success; don’t let it stop you. #4 “The most dangerous risk of all – The risk of spending your life not doing what you want on the bet you can buy yourself the freedom to do it later” #5 “Go where you’re celebrated, not where you’re tolerated.” #6 “The person that you will spend the most time with in your life is yourself, so you better try to make yourself as interesting as possible.” #7 “If you accept your limitations you go beyond them.” #8 “People often say that motivation doesn’t last. #10 “Comfort is the enemy of achievement.”

100,000 Stars One man, 100,000 toothpicks, and 35 years: An incredible kinetic sculpture of San Francisco Thirty five years ago I had yet to be born, but artist Scott Weaver had already begun work on this insanely complex kinetic sculpture, Rolling through the Bay, that he continues to modify and expand even today. The elaborate sculpture is comprised of multiple “tours” that move pingpong balls through neighborhoods, historical locations, and iconic symbols of San Francisco, all recreated with a little glue, some toothpicks, and an incredible amount of ingenuity. He admits in the video that there are several toothpick sculptures even larger than his, but none has the unique kinetic components he’s constructed. Via his website Weaver estimates he’s spent over 3,000 hours on the project, and the toothpicks have been sourced from around the world: I have used different brands of toothpicks depending on what I am building. See the sculpture for yourself at the Tinkering Studio through the end of June.

Whitelines Snowboarding - 2012: a bloody good year for extreme sports 2012 has been a pretty remarkable year for extreme sports and on top of the ‘lympics, a damn good one for sport in general at that. This ‘People are Awesome‘ style compilation picks out some of the key extreme sports achievements and events of the past year and we think it does a pretty stellar job of summing everything up. On the snowboarding front they’ve included 16 year old Yuki Kadono’s backside triple cork 1440 at the Beijing Air and Style and Travis Rice winning the Red Bull Supernatural. Good to see that they haven’t overlooked Tom Schaar’s first ever 1080 on a skateboard or Trevor Jacob’s first ever double cork/backflip either. Perhaps even more remarkable are some of the things that we somehow missed this year – we’re not quite sure how we failed to catch wind (excuse the pun) of Gary Connery’s parachute-less wingsuit landing. And let’s not forget that dude that practically dropped out of space, breaking world records and the sound barrier in the process.

7 Ingenious DIY Designs You Can Make At Home Samuel Bernier’s Project RE_ is a playful enigma. On the one hand, there is a clear aesthetic thread that runs through each project’s final form--it’s not hard to imagine spending far too much to buy these things at a high-end boutique. On the other hand, they are all made from household objects and the steps to making them are freely available online. It seems that Bernier is at home in this enigma. Project RE_ is an academic work, part of Bernier’s graduation project at the University of Montreal. In keeping with the principles of open source design, step-by-step instructions are available online at Instructables and the 3D printing files and laser cutting data is available at Thingiverse. This is, in a funny way, big business. In the meantime, page through our gallery of Bernier’s designs and see if you can guess what the final result will be, by looking only at the ingredients.

Fantastic Namibia Photography by Hougaard Malan South African photographer has traveled almost the whole of Africa, located below the equator and has assembled an impressive portfolio of their work. We decided to present to you a separate part. And then, if you like - add more. All of the photos below are made ​​in what is now Namibia. Photo credit goes to Collected Quotes from Albert Einstein [Note: This list of Einstein quotes was being forwarded around the Internet in e-mail, so I decided to put it on my web page. I'm afraid I can't vouch for its authenticity, tell you where it came from, who compiled the list, who Kevin Harris is, or anything like that. Still, the quotes are interesting and enlightening.] "Any intelligent fool can make things bigger, more complex, and more violent. It takes a touch of genius -- and a lot of courage -- to move in the opposite direction." Copyright: Kevin Harris 1995 (may be freely distributed with this acknowledgement)