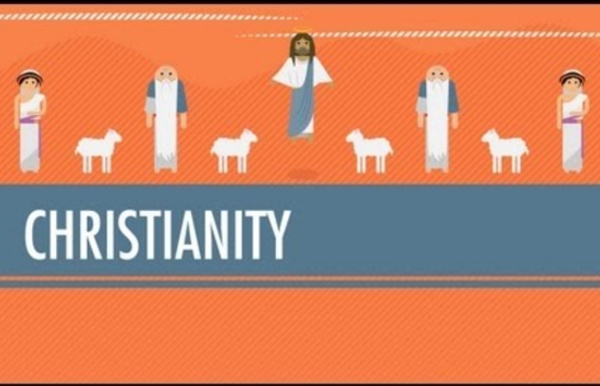 Catholic Bible 101 - The Role of The Church So what is the role of the Church, as given to us from the Bible? Is the Bible alone all we need, or does the Church also play a role in our lives? Does the Bible come from the Church, or does the Church come from the Bible? Powered by Translate The answer is that the Church gave the world the Bible. What authority does the Church have in our lives? And is the Church man-made, or does it come from God Himself? “And I tell you, you are Peter, and on this rock I will build my church, and the gates of hell shall not prevail against it. “My Church”, He said, not “My Churches”. Are there any other instances in the Bible where Church authority is spelled out? "If your brother sins against you, go and tell him his fault, between you and him alone. Jesus says that we should listen to the Church, or be regarded no better than a tax collector! "He who hears you hears me, and he who rejects you rejects me, and he who rejects me rejects him who sent me." In 1 John 4:1-6, St. Here St. 1. 2. 3. 4.

The Historical Horror of Childbirth Childbirth in much of human history has been a class act. The upper classes were encouraged to reproduce as much as possible, and a woman who was pregnant or recovering from childbirth took time to rest while servants took care of her and the child. The lower classes worked right up to and soon following birth, as they had to work to eat. The upper classes also had the latest medical knowledge at their fingertips, but this wasn't always such a good thing. Photograph from The Victoria and Albert Museum. Class distinctions in childbirth during the Renaissance were recorded. It was during the Renaissance that medical doctors began to take part in childbirth, although not without a struggle. Three women were pregnant when they boarded the Mayflower on its journey to America. Motherhood in early America was even more frightening for slaves. As Europe became more crowded in the 17th and 18th centuries, communicable diseases caused even more frequent deaths in childbirth. Comic by Kate Beaton.

What the Church has given the world From astronomy to philosophy Catholics have made an extraordinary contribution to western civilisation, says Fr Andrew Pinsent Introduction At a recent debate, broadcast worldwide by the BBC, over 87 per cent of the audience rejected the notion that the Catholic Church is a force for good in the world. Although the defenders of the Church were confronted by two masters of rhetoric, there is little doubt that the vote reflected a shift in attitudes towards Christianity in general and the Catholic faith in particular. To put this shift in blunt terms, whereas we were regarded recently as nice but naïve, today we are increasingly regarded as evil. As a result, teaching the faith and defending Christian ethics has become much more difficult. To address this challenge at its root, I believe it is vital that we remind ourselves of the extent to which the Catholic faith is a force for good in the world. 1. 2. 3. 4. 5. 6. 7. 8. 9.

Historical and Traditional Birthing Positions Although most women envision birth in a semi-reclining or semi-sitting position these days, there are many other possible positions in which to give birth.However, it's always important to point out that there is no one "right" position for laboring or pushing out a baby. All positions have pros and cons. Care providers should encourage women to experiment with different positions and then trust that the woman's body will tell her the right position for her needs. If a woman is not making progress with a certain position, encourage her to try other positions, as these may help the baby move down or turn to help labor progress, but in the end it is the mother who should have the ultimate say in her position. If the traditional semi-reclining or semi-sitting positions feel "right" to you, there is nothing wrong with that. Many babies have been born that way just fine. This is a strong statement about the differences in birthing culture then and now. Squatting Supported Squatting Kneeling Dr.

6 Ridiculous Myths About the Middle Ages Everyone Believes When you think of the Middle Ages, chances are you picture gallant knights sitting astride brilliant destriers galloping through a sea of plagues, ignorance, and filth. And you can hardly be blamed for that, when everything from the movies you watch to your high school history teacher (who was mainly the football coach) has told you that ... #6. Scientific Progress Was Dead Getty The Myth: They call it the Dark Ages for a reason. Getty"No, we can't cross the ocean there, don't you see that sea monster in the way?" The Reality: Aside from the fact that, as we've already explained, most people in the Middle Ages did not think the Earth was flat, the church wasn't responsible for killing science -- to the contrary, it was largely responsible for saving it. After the barbarians invaded Europe and Rome went the way of the dinosaurs, the Catholic church was the last remaining aspect of Roman culture in Western Europe. SjuPfft, like people are going to want to learn a whole other set of characters.

The Role and Importance of the Church in the Community | The Huffington Post Today, humans have acquired more knowledge than any other time in history. Science and medicine are going places never before imagined. We have bigger jets and cruise liners, faster computers, and helpful drugs for certain diseases are being discovered everyday. Daniel envisioned a time when knowledge would increase (See Daniel 12:4). Every year Forbes magazine publishes a list of the richest people in the world. Personal or national tragedy (and especially since 9/11) seems to cause a major shift in people’s assessment of church. The role of the modern church in the life of the 21st-century believer is critical because it fills a void only the church can. So why would someone want to attend church? What is the Church? If someone would visit most of the churches in America, they will come to realize that the 100-voice choir and 10 piece Praise and Worship band does not exist. Meeting the Needs People need to have their spiritual, emotional and physical needs met.

Thesis Statement - Write an Essay - Flocabulary ‪When you're writing an argumentative essay, you need a thesis. A thesis is only one complete sentence, but this one important sentence includes: 1. The topic 2. Your position on the topic 3. A short summary of the ways that you will support your position in the essay. Quite a lot for one sentence! It's gonna drive your essay, like it's in the cockpit. Everything in an essay should be related to the thesis. The thesis is highlighted. A thesis is almost always the last sentence in the first paragraph of an essay. Not that kind of argument... Your essay can't just say something. Overrated? If you're trying to figure out whether something is a thesis or not, use this test: Ask, "Could it be debated? But just because something is a thesis, it doesn't meant that it is a good thesis. Like wearing socks with flip-flops, "Tupac made some good hip-hop" is a bad choice. A good thesis is specific, and gives the reader a strong idea of the type of information that will follow. A better thesis