What Happens In An Internet Minute? 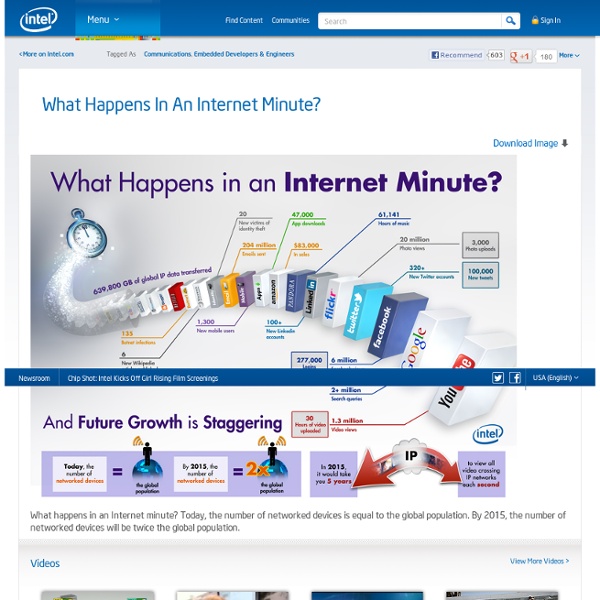 100 cotton Glasgow Alphabet Teatowel by illustrationetc Lesson | Guest Post | Who Are You Online? Considering Issues of Web Identity Wednesday (Feb. 6) is Digital Learning Day, an annual opportunity to contemplate the place of technology in the classroom and in our lives. Last year, we celebrated by digging through 40 years of New York Times reporting on technology in education to find gems like the 1982 article “Computers Alter Lives of Pupils and Teachers.” This year, we have a student essay challenge, and we have also invited a guest post from Common Sense Media, an organization “dedicated to improving the lives of children and families by providing the trustworthy information, education, and independent voice they need to thrive in a world of media and technology.” We collaborated with the Common Sense Media writer Kelly Schryver to focus on the increasingly important and nuanced question “Who Are You Online?” – Katherine Schulten and Shannon Doyne Who Are You Online? Are You the ‘Real You’ Online? What kinds of things do you tend to post online, and how much thought do you give to choosing or creating them?

Gary's Social Media Count Click for App Store Page Original Counter and Post from 24 Sep 2009! June 2013 ‘Social’ Update (mobile, games & heritage to come) June 2012 ‘Social’ Update August 2011 Update ABOUT Living statistics – Many of us who have been following social media since the early 90s are very sensitive to today’s exponential growth in usage of the sharing web. If you want to embed this on your page just click the button in the bottom left of the app to copy the code to your clipboard OR use the code/s in the boxes at the bottom of this post. More about the Count – I quickly built and coded the app based on data culled from a range of social media sources & sites originally at the end of Sept 2009. The social web has exploded in the last year and below are some of the social media statistics based on key data points that the ‘Gary’s Social Media Count’ is based on (many will be updated!). UPDATED/REARRANGED Jan 2011 – TAKING INTO ACCOUNT VARIOUS 2010 STATS Some of the sources for the mobile counter

What's your digital footprint? Take this quiz and find out! I developed this quiz with members of my personal learning network (found at end of post) to get students thinking about their digital footprint. The quiz was created at the request of high school students I spoke with who thought the creation of a such a quiz could lead to a smart conversation about ways students can update their digital footprint so that it is one that leads to college and career success. Check it out with your students and let me know how it goes in the comments below. How’d you do?

Live map of London Underground trains Loading... Powered by Leaflet — Map tiles © Thunderforest, data © OpenStreetMap contributors. Live London Underground map By Matthew Somerville. Data collected: Mon, 05 Sep 2016 08:33:02 +0100 <div style="border: solid 2px #cc0000; padding: 5px; width: 70%; margin: 1em auto;"> I'm afraid that this page requires JavaScript to draw the maps and plot move the trains, which isn't possible with just HTML. More information Hide What is this? This map shows all trains (yellow dots) on the London Underground network in approximately real time. I have similar things for the London buses and National Rail, and an awesome bookmarkable train times journey planner. — Matthew How does it work? Live departure data is fetched from the TfL API, and then it does a bit of maths and magic. Who did this? Matthew Somerville (with helpful hinderances from Frances Berriman and James Aylett). Originally built at Science Hackday, June 2010.

The 5 Things All Digital Citizens Should Do Being a digital citizen is a fact of life these days. Everyone must be a well-behaved digital citizen looking to help others. Think of it like the Girl / Boy Scouts but online. First off, let’s take a quick look at what the all-knowing all-powerful Wikipedia says about the topic: People characterizing themselves as digital citizens often use IT extensively, creating blogs, using social networks, and participating in web journalism sites. Personally, I don’t think the definition needs to be limited to people who ‘use IT extensively’ (whatever that means – are they swapping out servers and using desktops as stepping stools or something?) See Also: The Teacher’s Guide To Digital Citizenship These five are just the tip of the iceberg though.

Typographical Infographics That'll Make You Go "Wow!" Apr 11 2012 Words are a really powerful tool to express what you think, but an even more powerful weapon to visualize your main thoughts and concept are graphics. To be more specific a rich combination of beautiful typographical signs, letters and symbols. Typographical infographics are much more than simple pictures with captivating statistics. We’ve collected an amazing set of infographics made entirely of type. Typographical Infographics Panda Infographic by Lish-55 Factoid City by heyjoshboston Our Streets. Infographic of Africa by ericajloh Homicide infographic by MrDinkleman Top 100 fonts of all time by Skele kitty Got a Light by DesertViper On words by slimbos Jobs Visionary by 802.11 Advertising by Bradley R. Government by Jonathan Harris Typography concept by whatshername13 Helvetica font weights by Tommy Swanson Typeface by MiaPi Rockmap beta 1.4 by Ernesto Lago Getting around by uncoated Insomnia by canadadrugcenter Political climate by Albertson design Typography infographic by Peter Grundy

Turning Students into Good Digital Citizens 21st Century Literacy | In Print Turning Students into Good Digital Citizens Schools have always been charged with the task of producing good citizens. But how has our definition of a "good citizen" changed over the ages? By John K. In today's world of near-ubiquitous connectivity, in which ordinary people have almost instantaneous access to unlimited stores of information and the ability to interact with anyone, anywhere, anytime, what does it mean to be an effective citizen? Ask a K-12 educator these questions and chances are the answers will have something to do with teaching proper behavior and setting appropriate prohibitions. But some educators, particularly those who think about this issue in higher education, will say that digital citizenship has less to do with safety and civility than participation in the worldwide online conversation--participation that requires a set of relatively sophisticated skills.

Timeline Because there are so many details to the styling, this is not exactly simple, but, if you have some technical capacity, you can override TimelineJS's CSS rules and have complete control over the look of the timeline. For details, see Using the TimelineJS CSS selectors. You will need to be able to instantiate the Timeline in javascript on your own page. (There is no way to override the CSS using the iframe embed.) Then, either in <style> tags in that page, or in an external stylesheet, you can specify CSS rules changing some or all of TimelineJS's default presentation. Rethinking Difficult Parents Image credit: iStockphoto "Jack tells me that lots of kids are doing way worse things, but you ignore them and pick on him." "Are you saying Mandy is a liar?" "As far as I know, three kids did the same thing, yet Ben was the only one punished! Is that fair!" "Really? In my seminars with educators on Handling Difficult Parents (the title of my book on this topic), I often begin by asking participants to call out words that come to mind which best describe parents who are difficult. View Difficult Parents as Misguided Advocates Keep in mind that even an angry parent is better than an absent parent! Ms. View Difficult Parents as Having Something to Teach You I remember Mrs. Keep the Focus on Their Child If parents complain about unfair treatment towards their child and offer examples to support their conclusion, acknowledge that you often do different things with different students because you want to help each become more successful or learn more about responsibility. Share Honey Before Vinegar

Guggenheim Museum Makes 65 Exhibit Catalogues Free Online The Guggenheim is one of the real standouts in the global modern art arena. The New York-based institution is no light-weight in the area of arts education. They've now extended that mission extensively by making dozens of high-quality publications on artists available to anyone with an Internet connection. The books, art catalogues for major exhibitions at the museum, pop out into a clean, fast virtual book reader. Open Culture points out that the books are also available for download in a number of e-book formats, including ePub and PDF, at Archive.org's Guggenheim page. Above: Reader view of Egon Schiele from "Gustav Klimt and Egon Schiele" The offerings range from the ubiquitous Alexander Calder to Fernand Léger, from Francis Bacon to Wassily Kandinsky. They also offer theme and anthology-type books, such as 1954's "Younger American Painters" and "Amazons of the Avant-Garde" (which seems to be one of the few offerings to feature women artists). Guggenheim photo by Randy Pertiet

Why Digital Citizenship Must Be Taught in Schools - Scott Steinberg - Voices Wake up and smell the silicon: From smartphones and apps to computers and social networks, technology has permanently invaded kids’ lives, much to the benefit of parents and educators. But with the iPhone, iPod touch and iPad now topping children’s wish lists, kids aged 2 to 5 are more equipped to run apps than tie their own shoelaces. In the rush to place high-tech and mobile devices in so many hands, we’re also doing perilously little to prepare adults and kids alike for life in a connected world, potentially endangering future generations. According to the latest Norton Online Family Report, nearly 62 percent of children worldwide have had a negative experience online — nearly four in ten involving serious situations, i.e. cyberbullying or receiving inappropriate photos from strangers. Even technology insiders presently struggle to define rules of online etiquette, social media conduct and personal boundaries, given the speed at which advancements now arrive and online trends shift.