Candidates on the Issues 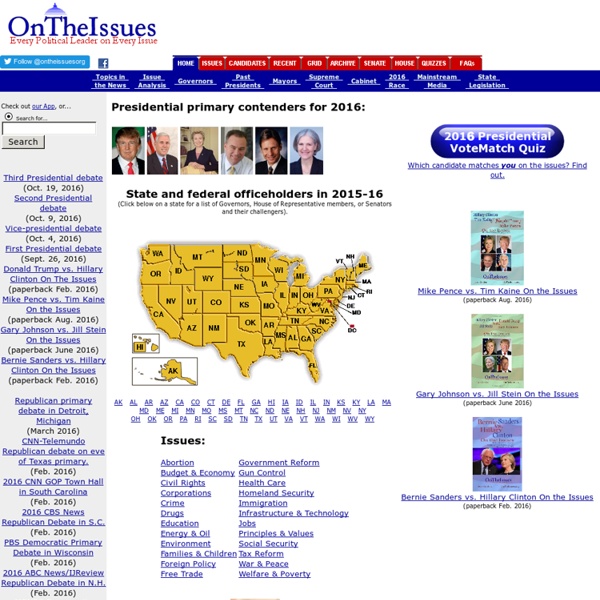 The "Magic" of an Egg Explained There will be a very weak RF field emitted by the egg as a result of this oscillation. This frequency will increase when it is laying on its side -- the length to the width dimension of an egg being roughly 5:4. Such a measurement would provide a direct test of the model for this new theory. This has not yet been measured as the equipment to do so was not available to the author.

slacktivist Thank you for your interest in Patheos newsletters! Please enter your email address below and click the "Subscribe" button. Thank you for your subscription. 10 Creative Tumblr Blogging Ideas For When You Have Writers Block For the last few months, I’ve become a fan of Tumblr, visiting and adding content to my blog nearly every other day. What’s great about Tumblr is that, similar to Twitter, you can reblog posts by other members of the site, particularly the people you follow. This helps keep your own blog fresh with content without you having to always develop it yourself. On the other hand, you might find yourself becoming a Tumblr-er who reblogs more than you create original content. If you’ve been on Tumblr for a while, head over to tumblrcloud and have the application generate a cloud of words you blog most about. When the cloud is posted to your Tumblr blog, it will include your total number of original posts and reblogs.

PRA The two most prominent LGBTQ organizations in the conservative movement, GOProud and the Log Cabin Republicans, are getting the cold shoulder from the Conservative Political Action Conference (CPAC). Since 1973, CPAC, hosted annually by the American Conservative Union Foundation (ACUF), has attracted thousands of activists and some of the biggest names on the Right, with this year’s March 14-16 speaker line-up including Mitt Romney, Newt Gingrich, Paul Ryan, Marco Rubio, and Sarah Palin. Under pressure from participating anti-LGBTQ organizations, the major annual conservative gathering rejected GOProud as a conference sponsor in 2012 and again this year. It’s unclear whether the Log Cabin Republicans’ absence is due to an official refusal or solidarity with GOProud. The decision is facing a hail of criticism from both conservative and liberal commentators, including S.E. Cupp and Chris Hayes, who have refused to speak at next week’s conference if GOProud is not allowed in.

Films For Action Just imagine what could become possible if an entire city had seen just one of the documentaries above. Just imagine what would be possible if everyone in the country was aware of how unhealthy the mainstream media was for our future and started turning to independent sources in droves. Creating a better world really does start with an informed citizenry, and there's lots of subject matter to cover. From all the documentaries above, it's evident that our society needs a new story to belong to. The old story of empire and dominion over the earth has to be looked at in the full light of day - all of our ambient cultural stories and values that we take for granted and which remain invisible must become visible.

All In now playing The real ‘Grievance Industry’up next Why the rich never stop complaining Obamacare enrollment hits 8 million Colicchio hits Christie over ‘fridgegate’ Most romantic political contribution ever Errors in a rape investigation Colleges and the culture of rape accusations Crisis escalates in Ukraine Port Authority scandal at ground zero? Fox News’ beef with marijuana Low-wage worker confronts GOP congressman Billionaires: The opinions that really matter Government by the few What happens when the 1% rule our politics Why conservatives want to dismantle the IRS The GOP wants you to hate the IRS GOP candidates dodge Obamacare questions Bain Capital investing in methadone clinics Where is the social safety net? Why ‘Tax Day’ could be so much easier The problem with tax prep for the poor Why many in the GOP love this Nevada rancher States’ rights activists flock to Nevada Is Ukraine being invaded in slow-motion? One-on-one with legendary filmmaker James Cameron

Ask Dr. Math FAQ: Zero to Zero Power What is 0 to the 0 power? This answer is adapted from an entry in the sci.math Frequently Asked Questions file, which is Copyright (c) 1994 Hans de Vreught (hdev@cp.tn.tudelft.nl). According to some Calculus textbooks, 0^0 is an "indeterminate form." What mathematicians mean by "indeterminate form" is that in some cases we think about it as having one value, and in other cases we think about it as having another. When evaluating a limit of the form 0^0, you need to know that limits of that form are "indeterminate forms," and that you need to use a special technique such as L'Hopital's rule to evaluate them.