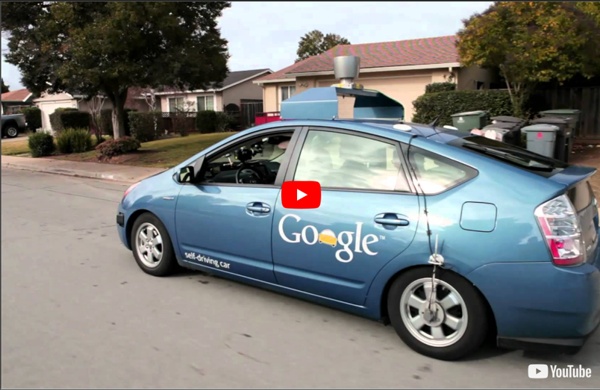 Will a Robot Take Your Job? Slowly, but surely, robots (and virtual ’bots that exist only as software) are taking over our jobs; according to one back-of-the-envelope projection, in ninety years “70 percent of today’s occupations will likewise be replaced by automation.” Should we be worried? Kevin Kelly, “senior maverick” at Wired magazine, and source for the above guestimate, says we shouldn’t. Instead, argues Kelly, in a Utopian piece titled “Better than Human,” we should welcome our new robot overlords. If history repeats itself, robots will replace our current jobs, but, says Kelly, we’ll have new jobs, that we can scarcely imagine: In the coming years robot-driven cars and trucks will become ubiquitous; this automation will spawn the new human occupation of trip optimizer, a person who tweaks the traffic system for optimal energy and time usage. Well, maybe. One possibility is that it won’t matter. Everyone has personal workbots…at their beck and call. Nobody knows for sure what will come next.

10 Weirdest Sports You've Probably Never Heard Of Think Your Job Is Robot-Proof | Robots Are Taking Over the Office Fast food workers of New York City united yesterday (April 4) to protest the current minimum wage of $7.25 an hour. "It's impossible to support a family on $7.25 an hour," Gregory Reynoso, a Domino's employee, told the New York Times. "We're just surviving." Technology, however, may ultimately decide how much workers make, including college-educated, white-collar employees. The fast food workers are demanding that wages increase to $15 an hour. Because of inflation, according to the National Employment Law Project, the purchasing power of today's minimum wage is 30 percent less than it was in 1968, NPR.org reports. A 'fight with technology' But by demanding wages of $15 an hour, fast food workers may be sealing their own fates, Michael Saltsman, research director at the Employment Policies Institute, told NBC News. "The workers aren't in a fight with management, they’re in a fight with technology," Saltsman said. Robots never miss a deadline Take journalism (please).

Boy Surprised With Dream Birthday Cake From His Drawing For his 7th birthday this year, little Oliver Sipes definitely had his cake and ate it too. During his birthday celebrations last night with his family, Oliver, a huge “Cake Boss” fan, got the surprise of a lifetime. His colorful, imaginative drawing of a cake he had done just days earlier turned into a reality equipped with his “Star Wars” characters, stripes, swirls and all. Needless to say, he was floored. “He had no idea it was coming, nor did he ask for it,” Oliver’s mom, Marlow Sipes, told ABC News. “He was so excited. Twin 4-Year-Old Girls' Hulk Princess Birthday Cake Smashes Sweet Stereotypes Man Finds Grandparents' 100-Year-Old Wedding Cake Inside a Hatbox in Garage The little boy’s wild imagination turned into reality thanks to his father’s coworker and baking enthusiast, Alyvia Munos, who loved taking on the challenge. “It was definitely one of the most fun cakes I’ve ever made,” said Munos, who is receiving lots of praise online for her depiction.

Vernor Vinge on Technological Unemployment | THE DECLINE OF SCARCITY Vernor Vinge is consistently one of the most interesting and conceptually dense futurists I’ve had an opportunity to listen to. While watching this excellent talk of his at Singularity University, my ears perked up at the mention of technological unemployment, the primary focus of this blog. About halfway into the talk he broached the general issue of technological disruption: “In the present era we all seem to be involved in the Red Queen’s race. Myself as a writer, I’m up against eBooks, and I’m up against all the piracy. Soon afterward he addressed the topic of technological unemployment more directly: “What comes after technological unemployment? Essentially Vinge is describing a theoretical crowdsourcing platform (or platforms) that could systematically harness human minds and direct them towards the tasks humans still do best. Of course today we do not have anything like such a platform, though we might have potential precursors. Vinge then continues:

klasa 8 unit 7 policzalne i niepoliczalne czytanie ze zrozumieniem Basic income versus the robots Two weeks ago, I wrote about the idea of a citizen's income: the state replacing the vast majority of the benefit system with one cash payment made to everyone, regardless of employment or income. The advantages of such a change are legion. At a stroke, the thorny issues of incentives are done away with, since work always pays; the deadweight loss associated with means testing disappears (albeit replaced with the deadweight loss of giving money to people who don't need it); those most likely to fall through the cracks of a regimented welfare state find the barrier to re-entry done away with; and it allows for a recognition of the value of certain types of non-market labour, like caring or raising children. The New York Times' Paul Krugman and the Financial Times' Izabella Kaminska now wade into the fray, proposing another advantage of the policy: its redistributive effect. Now, redistribution is already, prima facie, one of the absolute best things a government can do. Krugman writes: