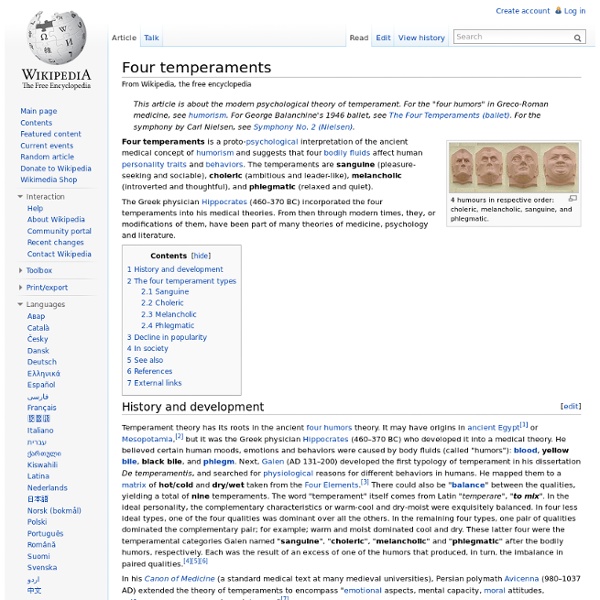 Summum bonum Summum bonum is a Latin expression meaning "the highest good", which was introduced by the Roman philosopher Cicero,[1] to correspond to the Idea of the Good in ancient Greek philosophy. The summum bonum is generally thought of as being an end in itself, and at the same time containing all other goods. Plato and Aristotle[edit] Aristotle in his Nicomachean Ethics accepted that the target of human activity, "Must be the 'Good', that is, the supreme good Hellenic syncretism[edit] Philo of Alexandria conflated the Old Testament God with the unmoved mover and the Idea of the Good.[8] Plotinus, the neoplatonic philosopher, built on Plato's Good for his concept of the supreme One, while Plutarch drew on Zoroastrianism to develop his eternal principle of good.[9] Augustine of Hippo in his early writings offered the summum bonum as the highest human goal, but was later to identify it as a feature of the Christian God[10] in De natura boni (On the Nature of Good, c. 399). Later developments[edit] G.

Hartman Personality Profile Classifying the Motive Types[edit] The main idea behind the Hartman Personality Profile is that all people possess one of four driving "core motives."[2] The driving core motives are classified into four colors: Red, motivated by power; Blue, motivated by intimacy; White, motivated by peace; and Yellow, motivated by fun.[3] Hartman believes the system is simple and at the same time profound. Reds: The Power Wielders[edit] Reds are the power wielders of the world. Red Strengths Reds are: Action oriented, Assertive, Confident, Decisive, Determined, Disciplined, Independent, Leaders, Logical, Pragmatic, Proactive, Productive, Responsible, and Task-Dominant. Red Limitations Reds often have to be right. Blues: The Do-gooders[edit] Whites: The Peacekeepers[edit] Motivated by Peace, Whites will do anything to avoid confrontation. White Strengths Whites are kind, considerate, patient and accepting. White Limitations Whites don’t commonly share what they are feeling, understanding or seeing.

Cicero 1st-century BC Roman lawyer, orator, philosopher and statesman Marcus Tullius Cicero[n 1] ( SISS-ə-roh, Classical Latin: [ˈmaːrkʊs ˈtʊllɪ.ʊs ˈkɪkɛroː]; 3 January 106 BC – 7 December 43 BC)[2] was a Roman statesman, orator, lawyer and philosopher, who served as consul in the year 63 BC. He came from a wealthy municipal family of the Roman equestrian order, and is considered one of Rome's greatest orators and prose stylists.[3][4] His influence on the Latin language was immense: it has been said that subsequent prose was either a reaction against or a return to his style, not only in Latin but in European languages up to the 19th century.[5][6] Cicero introduced the Romans to the chief schools of Greek philosophy[citation needed]and created a Latin philosophical vocabulary (with neologisms such as evidentia,[7] humanitas, qualitas, quantitas, and essentia),[8] distinguishing himself as a translator and philosopher. Personal life[edit] Early life[edit] Family[edit] Public career[edit]

Open Letter to that 53% Guy In the picture, you’re holding up a sheet of paper that says: I am a former Marine. I work two jobs. I don’t have health insurance. I worked 60-70 hours a week for 8 years to pay my way through college. I wanted to respond to you as a liberal. First, let me say that I think it’s great that you have such a strong work ethic and I agree with you that you have much to be proud of. I have a nephew in the Marine Corps, so I have some idea of how tough that can be. So, if you think being a liberal means that I don’t value hard work or a strong work ethic, you’re wrong. I understand your pride in what you’ve accomplished, but I want to ask you something. Do you really want the bar set this high? Do you really want to spend the rest of your life working two jobs and 60 to 70 hours a week? And what happens if you get sick? Do you plan to get married, have kids? Look, you’re a tough kid. And, believe it or not, there are people out there even tougher than you. Ah, the halcyon days of the 1950s!

Fundamental Interpersonal Relations Orientation Fundamental Interpersonal Relations Orientation (FIRO) is a theory of interpersonal relations, introduced by William Schutz in 1958. This theory mainly explains the interpersonal underworld of a small group. The theory is based on the belief that when people get together in a group, there are three main interpersonal needs they are looking to obtain – affection/openness, control and inclusion. Schutz developed a measuring instrument that contains six scales of nine-item questions that he called FIRO-B. This technique was created to measure or control how group members feel when it comes to inclusion, control, and affection/openness or to be able to get feedback from people in a group. Unlike many instruments used to examine human interaction behaviors, and needs, the FIRO-B is and was extremely valid internally and externally using inferential statistics. Description[edit] In 1977, a clinical psychologist who worked with Element-B (former FIRO-B), Dr. Compatibility Theory[edit]

Tesla's Biography Tesla Biography Nikola Tesla symbolizes a unifying force and inspiration for all nations in the name of peace and science. He was a true visionary far ahead of his contemporaries in the field of scientific development. New York State and many other states in the USA proclaimed July 10, Tesla’s birthday- Nikola Tesla Day. Many United States Congressmen gave speeches in the House of Representatives on July 10, 1990 celebrating the 134th anniversary of scientist-inventor Nikola Tesla. The street sign “Nikola Tesla Corner” was recently placed on the corner of the 40th Street and 6th Avenue in Manhattan. Nikola Tesla was born on July 10, 1856 in Smiljan, Lika, which was then part of the Austo-Hungarian Empire, region of Croatia. Young Nikola Tesla came to the United States in 1884 with an introduction letter from Charles Batchelor to Thomas Edison: “I know two great men,” wrote Batchelor, “one is you and the other is this young man.” and household appliances. century. New York, July 10, 1998

Achieve - Table of similar systems of comparison of temperaments Beginnings[edit] The Roman physician Galen mapped the four temperaments (sanguine, phlegmatic, choleric and melancholic) to a matrix of hot/cold and dry/wet, taken from the four classical elements.[1] Two of these temperaments, sanguine and choleric, shared a common trait: quickness of response (corresponding to "heat"), while the melancholic and phlegmatic shared the opposite, a longer response (coldness). The melancholic and choleric, however, shared a sustained response (dryness), and the sanguine and phlegmatic shared a short-lived response (wetness). These are the basis of the two factors that would define temperament in the modern theory. Development[edit] In the last few centuries, various psychologists would begin expressing the four temperaments in terms of pairs of behaviors that were held in common by two temperaments each. This theory would also be extended to humans. These he compared to the choleric, phlegmatic, melancholic and sanguine respectively.[4] Other Factor pairs[edit]

Bushido Japanese samurai in armor, 1860s. Photograph by Felice Beato Bushido (武士道, "the way/ethic of warriors") is a Japanese term describing a codified samurai way of life, loosely analogous to the concept of chivalry in Europe. The "way" originates from the samurai moral values, most commonly stressing some combination of frugality, loyalty, martial arts mastery, and honor until death. Born from Neo-Confucianism during times of peace in Tokugawa Japan and following Confucian texts, Bushido was also influenced by Shinto and Zen Buddhism, allowing the violent existence of the samurai to be tempered by wisdom and serenity. Bushidō developed between the 16th and 20th centuries, debated by pundits who believed they were building on a legacy dating back to the 10th century, although some scholars have noted that the term bushidō itself is "rarely attested in pre-modern literature".[1] Under the Tokugawa shogunate, some aspects of warrior values became formalized into Japanese feudal law.[2]

Interaction Styles Interaction Styles are groupings of the 16 types of the MBTI instrument of psychometrics and Jungian psychology. The Interaction Styles model was developed by Linda Berens, PhD, founder of the Temperament Research Institute. This model builds on David Keirsey's Temperament model and its subcategories, and is based on observable behavior patterns that are quite similar to David Merrill's "Social Styles" and William Moulton Marston's DiSC theory. Development[edit] Linda V. Comparison and cross-mapping with Keirseyan Temperament[edit] Plus, he also drew more upon the likes of Ernst Kretschmer and Eduard Spranger, who had other models which he correlated with Galen's temperaments (though they were not necessarily perfect matches of them); while others followed Pavlov and Eysenck, who shaped the modern theories of those who held onto the Galenic names. The role of Thinking, Feeling, Judging and Perceiving[edit] Looking at the type division between Directing vs. See also[edit] References[edit]

Achieve - Five Temperaments Five temperaments is a theory in psychology, that expands upon the Four Temperaments proposed in ancient medical theory. The development of a theory of five temperaments begins with the Two-factor models of personality and the work of the late William Schutz, and his FIRO-B program. It is a measure of interpersonal relations orientations that calculates a person's behavior patterns based on the scoring of a questionnaire. History and the ancient four temperaments[edit] Five Temperament theory has its roots in the ancient four humors theory of the Greek Historian Hippocrates (460-370 BC), who believed certain human behaviors were caused by body fluids (called "humors"): blood (sanguis), [yellow] bile (cholera or Gk. χολη, kholé) black bile (μελας, melas, "black", + χολη, kholé, "bile"); and phlegm. This is also related to the classical elements of air, water, earth, and fire; as sanguine, phlegmatic, melancholic, and choleric, respectively. The FIRO-B connection[edit] Driving needs[edit]