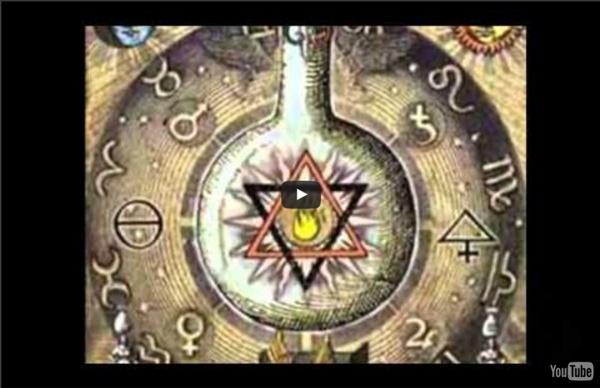 Peyote : The Last Of The Medicine Men Movie An investigation into the dramatic and mysterious world of the Huichol of Mexico – where perhaps the most traditional community of North America gave Benedict Allen the rare privilege of ritually taking their peyote, the hallucinogenic cacti, to bring him at last “face-to-face” with the gods. One of Britain's leading adventurers, Benedict Allen, is particularly known for his television programmes - occasionally made with the help of a film crew but more typically without. He paved the way for the current generation of TV adventurers. Uniquely in television, his philosophy is to genuinely immerse himself in extreme or alien environments, going alone and learning from indigenous people. However, most of his more challenging journeys – depicted in his first five books – in fact took place before he began filming his exploits. Reference : Benedict Allen You could also check out the post 'Psychedelic Torrent on Books, Movies & Documentaries on Drug Awareness' ! Related Articles :

Ask Your Pendulum - How to Use a Pendulum To jump straight to the Step-by-Step How To Use a Pendulum Guide below, click here. Important NOTICE: The following information is copyrighted by Eva Browning, 2009-2014. Feel free to print them out for personal use or to share with a small study group. If you want to reprint or republish these instructions - in whole or in part - you must first obtain my written consent. If you would like to link this page no permission needed. What exactly is a pendulum? A pendulum is a weight that can freely swing from a pivot point. Whether it's a rock on a string or a handcrafted work of art, a pendulum is a versatile, typically portable device that utilizes gravity and momentum to respond to energy in a way that is meaningful to the pendulum user. Pendulum Anatomy A basic pendulum is made up of two essential parts - a weight-stone and a chain - or in the example above, a weight-stone and a string. A very brief history of pendulums Where does a pendulum get its answers and how does it work? 1. 2. 3. 4.

Propaganda Matrix.com - Exposing the New World Order and Government Sponsored Terrorism Operation Ore, the United Kingdom's most thorough and comprehensive police investigation of crimes against children, seems to have uncovered more than is politically acceptable at the highest reaches of the British elite. In the 19th of January edition of The Sunday Herald, Neil Mackay sensationally reported that senior members of Tony Blair's government were being investigated for paedophilia and the "enjoyment" of child-sex pornography: "The Sunday Herald has also had confirmed by a very senior source in British intelligence that at least one high-profile former Labour Cabinet minister is among Operation Ore suspects. The Sunday Herald has been given the politician's name but, for legal reasons, can not identify the person. There are still unconfirmed rumours that another senior Labour politician is among the suspects. The Blair government has responded by imposing a comprehensive blackout on the story, effectively removing it from the domain of public discussion. References:

A Message for Starseeds Dear, beautiful Starseeds! In this video (go to 55:22), Judy Satori gives a message in light language that will activate soul knowing or soul ability. It’s a message to all starseeds to remember. Remember who you are : ) I don’t know if it resonates, but I remember when I did it, and I did notice differences and things and memories coming to me afterwards. Judy Satori live in the studio If you want to hear different light languages, go to: 57:35. Judy Satori live in the studio I love you, Starseeds! Don’t feel that you have to be too respectful, and you’d rather go home than try to fit in here. For someone to “save” them, for someone to come. Of course they will resist change, isn’t that like a big part of human nature? As more people awaken, they will come to you because you know.

30 traits of an Empath (How to know if you're an Empath) By: Christel Broederlow What is an empath? Being an empath is when you are affected by other people’s energies, and have an innate ability to intuitively feel and perceive others. Your life is unconsciously influenced by others’ desires, wishes, thoughts, and moods. Being an empath is much more than being highly sensitive and it’s not just limited to emotions. Empaths can perceive physical sensitivities and spiritual urges, as well as just knowing the motivations and intentions of other people. Empaths are often quiet achievers. However, they can be the exact opposite: reclusive and apparently unresponsive at the best of times. Empaths have a tendency to openly feel what is outside of them more so than what is inside of them. Empaths are more inclined to pick up another’s feelings and project it back without realizing its origin in the first place. Empaths are sensitive to TV, videos, movies, news and broadcasts. Here are the listeners of life. Here are 30 of the most common traits: 1.

Are You an 'Old Soul ' ? The particular life challenges and destined events that are the hallmark of being an old soul... If you're an old soul you will undoubtedly be giving, caring loving and compassionate - all wonderful attributes that we are taught are the signs of a developed person who cares for others, and the actions that we take that may affect others. The key signs of an old soul · Giving and caring often putting others first · Had a difficult romantic life often with much pain and disappointment · More than likely had a soulmate relationship · Things just seem to happen to you and around you, often becoming very dramatic through the seemingly extreme reactions of others · Events repeat themselves · Have trouble connecting with your family · Somehow know you're different · Have some psychic intuition and 'just knowing' things · Find that you have deeper emotions and passions than most people · Have an inner creative passion · Suffer lots of jealousy · Often perceived wrongly Soul Age 'Soul age' with Soulmates