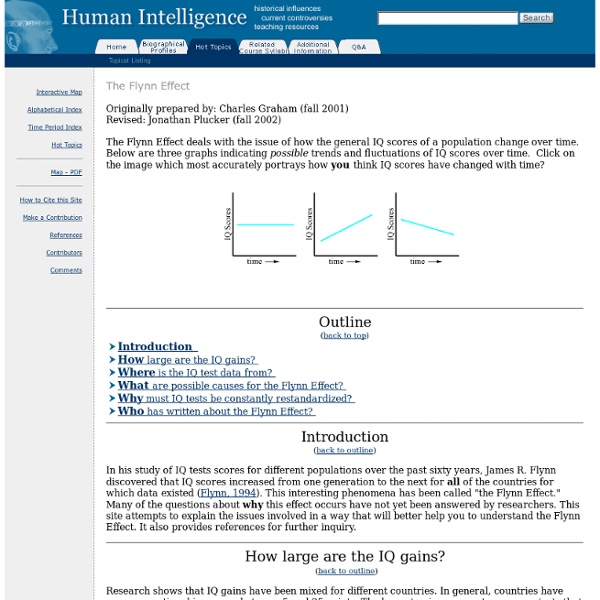 Imitation of Life Can a computer program reproduce everything that happens inside a living cell? Brian Hayes Almost 30 years ago, Harold J. Morowitz, who was then at Yale, set forth a bold plan for molecular biology. Alternatively, this much DNA will code for about 600 proteins—which suggests that the logic of life can be written in 600 steps. There was one more intriguing element to Morowitz’s plan: At 600 steps, a computer model is feasible, and every experiment that can be carried out in the laboratory can also be carried out on the computer. Looking back on these proposals from the modern era of industrial-scale genomics and proteomics, there’s no doubt that Morowitz was right about the feasibility of collecting sequence data. As it happens, a computer program with exactly that goal was published last summer by Markus W. Bacteria of the genus Mycoplasma are attractive for experiments of this kind because they are the smallest and arguably the simplest self-replicating organisms.

Strategy and Structure: Chapters in the History of the Industrial Enterprise - Alfred Dupont Chandler How Science Changes - Rebecca J. Rosen An interview with Samuel Arbesman, author of The Half-Life of Facts Dim Dimich/Shutterstock/Rebecca J. Rosen In 1947 a mathematician named Derek J. de Solla Price came to Raffles College in Singapore to teach. He did not, Samuel Arbesman writes in his new book, "intend to spearhead an entirely new way of looking at science." But as you probably guessed, that's exactly what he did, or we would not be retelling his story here. Price's discovery came when construction on the college library forced him to take a complete set of Philosophical Transactions, published by the Royal Society of London since 1665, back to his dormitory. It is this insight that opened up the field of scientometrics, which is the topic of Arbesman's new book, The Half-Life of Facts, published this fall by Current books. What is scientometrics and what is meant by the title of your book The Half-Life of Facts? Arbesman: Scientometrics is the quantitative measurement and study of science.

Books: None of the Above Correction appended. One Saturday in November of 1984, James Flynn, a social scientist at the University of Otago, in New Zealand, received a large package in the mail. It was from a colleague in Utrecht, and it contained the results of I.Q. tests given to two generations of Dutch eighteen-year-olds. When Flynn looked through the data, he found something puzzling. Curious, Flynn sent out some letters. Flynn has been writing about the implications of his findings—now known as the Flynn effect—for almost twenty-five years. For almost as long as there have been I.Q. tests, there have been I.Q. fundamentalists. This is what James Watson, the co-discoverer of DNA, meant when he told an English newspaper recently that he was “inherently gloomy” about the prospects for Africa. The very fact that average I.Q.s shift over time ought to create a “crisis of confidence,” Flynn writes in “What Is Intelligence?” This is a critical distinction. Flynn is a cautious and careful writer.

Sokal affair The resultant academic and public quarrels concerned the scholarly merit of humanistic commentary about the physical sciences; the influence of postmodern philosophy on social disciplines in general; academic ethics, including whether Sokal was wrong to deceive the editors and readers of Social Text; and whether the journal had exercised appropriate intellectual rigor before publishing the pseudoscientific article. Background[edit] In an interview on the NPR program All Things Considered, Sokal said he was inspired to submit the hoax article after reading Higher Superstition (1994), by Paul R. Gross and Norman Levitt. In their book, Gross and Levitt said that an anti-intellectual trend had swept university liberal arts departments (especially English departments), causing them to become dominated by a "trendy" branch of postmodernist deconstructionism. The article[edit] Content of the article[edit] Moreover, the article's footnotes conflate academic terms with sociopolitical rhetoric, e.g

Half the Facts You Know Are Probably Wrong Dinosaurs were cold-blooded. Increased K-12 spending and lower pupil/teacher ratios boost public school student outcomes. Most of the DNA in the human genome is junk. In the past half-century, all of the foregoing facts have turned out to be wrong. Fact-making is speeding up, writes Arbesman, a senior scholar at the Kaufmann Foundation and an expert in scientometrics, the science of measuring and analyzing science. In 1947, the mathematician Derek J. de Solla Price was asked to store a complete set of The Philosophical Transactions of the Royal Society temporarily in his house. Price started to analyze all sorts of other kinds of scientific data, and concluded in 1960 that scientific knowledge had been growing steadily at a rate of 4.7 percent annually for the last three centuries. A 2010 study in the journal Scientometrics, looking at data between 1907 and 2007, concurred: The “overall growth rate for science still has been at least 4.7 percent per year.”

Race, IQ, and Wealth At the end of April, Charles Kenny, a former World Bank economist specializing in international development, published a blistering attack in Foreign Policy entitled “Dumb and Dumber,” with the accusatory subtitle “Are development experts becoming racists?” Kenny charged that a growing number of development economists were turning towards genetic and other intrinsic human traits as a central explanation of national economic progress, often elevating these above the investment and regulatory issues that have long been the focus of international agencies. Although Kenny suggested that many of his targets had been circumspect in how they raised these highly controversial ideas, he singled out IQ and the Wealth of Nations, published in 2001 by Richard Lynn and Tatu Vanhanen, as a particularly extreme and hateful example of this trend. Now this hypothesis might indeed be correct, but it is not necessarily warranted by the empirical data that Lynn and Vanhanen have gathered.

A Brief History of Anti-Intellectualism in American Media The June 2008 cover of the Washington Post Magazine featured reporter Liza Mundy’s article “The Amazing Adventures of Supergrad.” Under this title ran the teaser, “The most sophisticated, accomplished, entitled graduates ever produced by American colleges are heading into the workplace. And employers are falling all over themselves to vie for their talents.” The lengthy piece portrays Emma Clippinger, then a Brown University junior who was double-majoring in developmental studies and comparative literature, serving as captain of the equestrian team, and helping run Gardens for Health International, an organization she cofounded that focuses on the nutrition of HIV-positive Rwandans. Clippinger also is noted for having worked on Martin Scorsese’s The Departed, having interned with the Clinton Foundation, and being fluent in French (along with speaking some Kinyarwanda and Wolof, languages in Rwanda and Senegal, respectively). Little Teaching and Learning Where are the Core Functions?

Arens: GER 389K.1: Fundamentals of Scholarship Description: This course is designed for beginning graduate students, to introduce the various branches of literary, linguistic, and cultural studies today, in the context of the national literatures and for comparative literature. The first section of the course focuses on today's professions of teaching and research in languages and literature; it introduces literary, linguistic, and cultural studies as professions and as areas of scholarship. Intertwined with this introduction of the major subject areas will be systematic work on bibliographic and reference sources, professional organizations, journals, and conferences. The goal of this introduction is to aid students in developing efficient research strategies and to familiarize them with basic reference tools; students will work on evolving their own lists of professional tools as they go along.

Knotty Fun at the Joint Math Meetings | Roots of Unity Mathematicians attempting to untangle a human knot at a knot "flash mob" on January 11, 2013 at the Joint Mathematics Meetings. Image: American Mathematical Society Anyone with necklaces or lace-up shoes has some first-hand experience with knots, but believe it or not (knot?), there is an entire mathematical discipline dedicated to studying knots and some closely related concepts. My first knotty experience was on Thursday afternoon during the joint prize session. MurphyKate Montee, winner of this year's Alice T. But as a young(-ish) female mathematician, I was most excited about the Alice T. Montee’s research has been primarily in the area of knot theory. Two knot diagrams. One of the problems knot theorists tackle is how to tell knot diagrams apart. A tricky unknot described by Morwen Thistlethwaite, created by wikimedia commons user Stannered. A "petal projection" of a knot. They use this projection to develop a new knot invariant, which can be used to distinguish two different knots.