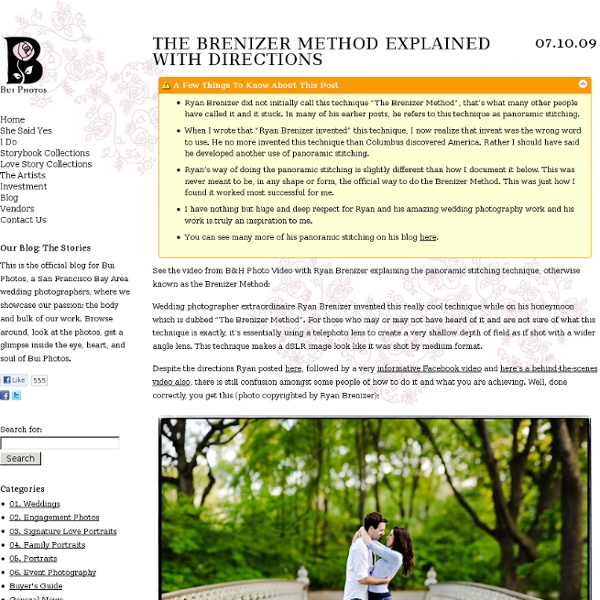 :: PLUS :: JPEG 2000 Part 1 (Core) jp2 File Format There is increasing implementation of JPEG 2000 in archive and library digitization of books, pictorial collections, maps, and other materials that can be reproduced as still images. A good overview was provided at the JPEG 2000 Summit held at the Library of Congress in 2011. Meanwhile, the Wellcome Library in the UK has evangelized for greater use of the format in digitization projects. Many image manipulation programs and software libraries can now read and write JP2 files. Examples of significant adoption of JPEG2000 include the Digital Cinema Initiative (see Digital Cinema Initiative Package (DCP), Version 1.0) and use by the High Resolution Imaging Science Experiment (HiRISE) flying on board NASA's MARS Reconnaissance Orbiter mission. At the same time, JPEG 2000 encoding is not generally built into still-photography camera chips nor is JPEG 2000 decoding native to Web browsers, and this has led some commentators to compare JPEG 2000 unfavorably to JPEG_DCT in terms of adoption.

JPEG2000 vs JPEG (vs TIFF) Introduction JPEG2000 is a fairly new standard which was meant as an update of the wide-spread JPEG (Joint Photographic Expert Group) image standard. JPEG2000 may share its name with the older standard but under the skins the relationship between the two is next to nil. Now where's the beef ... ? Better efficiency in compression (incl. 48 bit color depth support) Possibility of lossless compression> Decoding with different output resolutions> A process to calculate the integrated bit rate (possibility of reaching an aimed bit rate) Dividing the image into smaller parts to be coded independently from the others Improvement in noise resilience Access to the compressed bit rate at any point in order to access the image directly Better performances in coding/decoding through many different cycles More flexible file format The current reality The Tool The JPEG2000 dialog box is pretty simple. Let's have a look at it ... JPEG2000 vs TIFF References:

Beyond Instagram: Should photographers accept the risks inherent in social networks? In the early days, Instagram was liberating for journalists and photographers, saysKarim Ben Khelifa. “In most cases, we never really meet our audiences, and with Instagram you can interact directly with your followers. When you think about it, Instagram, more than Facebook, is the perfect tool for photojournalists. For Tomas Van Houtryve, a VII photographer, Instagram has allowed him to take pictures he’d stop taking altogether. But with the fear of Facebook using Instagram’s data and content to generate revenues, photographers have been rethinking their approach to the platform. “We’ve become complacent with the only commodity we have as photographers – our copyright – in our near unfettered embrace of sharing our content with for-profit companies such as Instagram,” says John Stanmeyer, one of the original founders of the VII Photo agency. And that’s precisely what Instagram is good for, argues Ben Khelifa. For Ben Khelifa, of course, that platform could be Emphas.is.

Tutorial: Shooting Double Exposures with a Canon 5D Mark III Cameras today have many extra functions that are often buried in menus and forgotten. Last year, I bought the Canon 5D Mark III and, after a few months, realized that there were some interesting features I had never played with. After figuring out that there was a way to do in-camera double exposures, I immediately started experimenting. At first it was very hit and miss. (I still hadn’t read the manual.) Ever since I posted this image, I’ve been getting messages asking: “How do you do this!?” Multiple Exposures: What Are They? Double exposure is a technique that originated with film photography where you would expose the same frame of film twice (or more). There are a number of digital cameras that can do this: Canon 5D Mark III, Canon 1D X, Canon 6D, most Nikon DSLRs, Fujifilm X Pro1, Fujifilm X100S, Olympus OM-D E-M5, and more! Some Tips for the Canon 5D Mark III Live View. Pick Your Base Image. The Images Sometimes I want to have more context and facial texture in the subject.

Learn Composition from the Photography of Henri Cartier-Bresson “Do you see it?” This question is a photographic mantra. Myron Barnstone, my mentor, repeats this question every day with the hopes that we do “see it.” This obvious question reminds me that even though I have seen Cartier-Bresson’s prints and read his books, there are major parts of his work which remain hidden from public view. Beneath the surface of perfectly timed snap shots is a design sensibility that is rarely challenged by contemporary photographers. Henri Cartier-Bresson. © Martine Franck Words To Know 1:1.5 Ratio: The 35mm negative measures 36mm x 24mm. Keep these terms somewhere you can easily refer to, since without them it is difficult to navigate a composition. Photography is a Verb Why is Henri Cartier-Bresson such a good photographer? JAPAN. This piece could be titled “The Rotation of a box in Space.” If the blank in that statement starts with an adjective, simply smile. There are a number of resources we can study to better our understanding of Cartier-Bresson. USA. INDIA.

Blog Every retoucher knows that just the right touch of Noise can help hide various issues when working on an image. There's something about the random texture Noise adds that helps hide areas where there might be some artifacts left after working on extensive spotting or reconstruction of an image. The most common way to add Noise is to create a new layer, set the Blending Mode to "Overlay", fill it with 50% gray then use the "Add Noise" filter. Several years ago a retoucher friend tipped me on to the idea of using a Pattern Fill layer to add Noise. Since this method is based on a Pattern and a formula it not only adds fewer Megabytes to your file size, but you can easily change the Pattern by simply clicking on it in the appropriate window and choosing a new Pattern. This method works great and it's been my favorite way of adding Noise for several years. But what if you're working on a file that has several layers and you just need to add Noise to 1 or 2 of these layers? Cool, eh?

Metabones® - Home The Numbering Affair by Alain Briot My ideal is to achieve the ability to produce numberless prints from each negative, prints all significantly alive, yet indistinguishably alike,and to be able to circulate them at a price not higher than that of a popular magazine, or even a daily paper.To gain that ability there has been no choice but to follow the road I have chosen. Alfred Stieglitz 1 - Introduction This essay stems from my ongoing reflection on the subject of limited edition prints. The essay also comes out of what I see as the increasing importance of the "limited edition debate", for lack of a better term (there's really no specific name for this debate which is mostly informal, though important, at this time). The "clincher'", for me was the realization that at a time of constant technical improvements, limiting and consequently discontinuing new printings of an image (and by implication discontinuing landmark images eventually) was preventing the creation of better and better prints of this image.

10 More Apps You Have To Have As A Photographer Photo Slides Now you can use your iPad as a digital frame. Photo Slides is an app that allows you to showcase your portfolio when your iPad isn’t in use. Easy Release Do you work with models, or out on location? Impression What if you take a great image with your iPhone, and want to share it with the world … but you’re afraid you’ll lose the rights? Masque Masque is a simple editing program that gives you editing capabilities by touch. Coolibah CoolCam Have one of the original iPads like me – without the camera? HelloPhoto Wondering what to do with your slides and negatives? SmugMug Do you use SmugMug? CSI Rentals Want an easy way to rent camera equipment? 100 Cameras In 1 100 Cameras In 1 is an app for iPhone, iPad and soon to come Android, created by Trey Ratcliff of StuckInCustoms. Nov8rix Now that you have bought and used a variety of apps, its time to make your own, and Nov8rix can help.

This Crazy Software Extracts 3D Objects from Photos with a Few Clicks If you were wanting to have your mind blown today, the video above might do it. It’s a demonstration of a piece of 3D object extraction and manipulation software that made its debut at SIGGRAPH 2013, and it may just offer a glimpse into the future of photo manipulation. The software was developed by Tao Chen, Zhe Zhu, Ariel Shamir, Shi-Min Hu and Daniel Cohen-Or, and even in its infancy it’s capable of some pretty amazing feats. Throughout the demonstration, 3D objects are quickly and easily extracted from regular old 2D photos using a “3-sweep” method: two strokes to define the profile of the object, and one along the main axis. As the video goes on, the examples get more and more complex and impressive. That’s not to say that the software is anywhere near perfect. It’s like taking Photoshop’s Content Aware Move feature and dramatically increasing its capabilities.

Photography is a Sin, According to India's Leading Islamic Seminary Update: The rector of Darul Uloom came out to clarify some of the statements included in the original Hindustan Times article quoted in this post. We have included the significant portion of the update at the bottom. In response to a question by an engineering graduate who wanted to follow his passion for photography, Darul Uloom, India’s leading Islamic seminary, issued a fatwa declaring photography and that particular career path “unlawful and a sin.” According to the Hindustan Times, the fatwa — a technical term defined as “a ruling on a point of Islamic law given by a recognized authority” — was posted on the school’s website. Photography is unlawful and sin. Many high-ranking members of India’s Islamic community have come out in support of the fatwa, agreeing that photography should not be allowed, and that anybody who practices a career involving it will be “answerable to God.” “Photography is un-Islamic,” Vice Chancellor of Darul Uloom, Mufti Abdul Qasim Nomani, told the Times.