BBC - WikiLeaks: The Secret Life of a Superpower (Ep. 1) 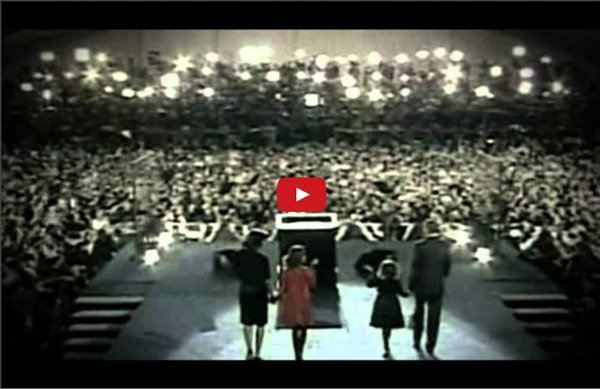 300+ Mind Expanding Documentaries I watch a lot of documentaries. I think they are incredible tools for learning and increasing our awareness of important issues. The power of an interesting documentary is that it can open our minds to new possibilities and deepen our understanding of the world. On this list of mind expanding documentaries you will find different viewpoints, controversial opinions and even contradictory ideas. Watching documentaries is one of my favorite methods of self-education. [1] Life In The Biosphere Explore the wonder and interconnectedness of the biosphere through the magic of technology. HomeHow Many People Can Live on Planet EarthThe Magical ForestAnts: Nature’s Secret PowerMt. [2] Creativity and Design: Learn about all the amazing things that people create with their imaginations. [3] The Education Industrial Complex: The modern school where young minds are moulded into standardized citizens by the state. [4] The Digital Revolution: [5] A New Civilization: THRIVE: What On Earth Will It Take? [8] War:

Amnesty International hails WikiLeaks and Guardian as Arab spring 'catalysts' | World news The world faces a watershed moment in human rights with tyrants and despots coming under increasing pressure from the internet, social networking sites and the activities of WikiLeaks, Amnesty International says in its annual roundup. The rights group singles out WikiLeaks and the newspapers that pored over its previously confidential government files, among them the Guardian, as a catalyst in a series of uprisings against repressive regimes, notably the overthrow of Tunisia's long-serving president, Zine al-Abidine Ben Ali. "The year 2010 may well be remembered as a watershed year when activists and journalists used new technology to speak truth to power and, in so doing, pushed for greater respect for human rights," Amnesty's secretary general, Salil Shetty, says in an introduction to the document. But, Shetty adds, the situation in the Middle East and North Africa, and elsewhere, remains unpredictable: "There is a serious fightback from the forces of repression.

3 Censored TED Talks They Do Not Want You To See The current world order establishment has plenty to gain by keeping the people of the planet in the dark about ideas that can lead to a revolution in human consciousness. 1. Graham Hancock – The War on Consciousness Hancock's TED Talk, “The War on Consciousness”, was deliberately removed from YouTube: “Graham Hancock’s talk, again, shares a compelling and unorthodox worldview, but one that strays well beyond the realm of reasonable science. While attempting to critique the scientific worldview, he misrepresents what scientists actually think…” Chris Anderson, [TED]. Graham Hancock is the author of major international bestsellers, his books have sold more than five million copies worldwide and have been translated into 27 languages. 2. TED also removed the recent talk by author and bio-chemist Rupert Sheldrake. 3. Entrepreneur Rick Hanauer's presentation is surrounded by controversy because after it was recorded, it was passed over for publication by TED. Related:

Questions and Answers Are you affiliated with WikiLeaks? No. We are an unofficial WikiLeaks resource site 'endorsed' by WikiLeaks (meaning they like us). But the association stops there. There is no affiliation. Click here for further information. How do I bring information to the attention of WL Central? How do I contribute a news article? How do I become a reporter for WL Central? Click here for further information. This is currently the only way to apply for membership as the spam has been debilitating. What type of information does WL Central publish? E² Intervention Architecture | Da Vinci Learning Sunday, 29 September 2013 @ 20:00 How did progress take priority over human kind? How could the desire for a modern way of life that threatens our future be considered a way of life? Could it be that suburbs in Los Angeles affect the melting ice caps of Antarctica? And deforestation in the Congo affects the typhoons of Japan? Now we must face the challenges for what they are – opportunities to reinvent and redesign. E2 Intervention Architecture tracks 5 winning projects that embrace the ethical and philosophical criteria, epitomized by the prestigious Aga Khan Award for Architecture. Within an hour, the programme visits diverse global projects from a wetlands restoration project in Saudi Arabia to the revitalization of a French Colonial heritage site in Tunisia to a Bridge School in China that reconnected a community, becoming the cultural centre of the village – all this to underline there is one world, facing the same challenges in a shared future that can be made better.

Jaraparilla JACQUE FRESCO - A Story of Change ‘Tis the Season of DDoS – WikiLeaks Edition DDoS attacks are flying across the Internet like there is no tomorrow. Just a few days ago, a hacktivist operating under the handle “th3j35t3r” decided to single-handedly take down the Wikileaks website with a DoS tool of his (or their) own creation. He issued a statement on Twitter shortly after explaining that the attacks against the WikiLeaks website were made for “attempting to endanger the lives of our troops, ‘other assets’ & foreign relations.” According to our statistics, his attacks resulted in 1 day 3 hours and 50 minutes of downtime for WikiLeaks before the site was completely yanked offline by Amazon and EveryDNS. Note: Initiating a DDoS attack is illegal in many countries and we do not recommend that you participate in this or future campaigns. On the other side of the attack spectrum, the anonymous attackers involved in Operation:Payback have vowed to take a temporary break from their mega-assault on the entertainment industry in order to spend some time helping WikiLeaks.

Molecular Biologist Explains How THC Completely Kills Cancer Cells Below is a video of Dr. Christina Sanchez, a molecular biologist at Compultense University in Madrid, Spain, clearly explaining how THC (the main psychoactive constitute of the cannabis plant) completely kills cancer cells. Not long ago, we published an article examining a case study recently published where doctors used cannabis to treat Leukemia, you can read more about that here. To read more articles and view studies about how cannabis is an effective treatment and cure for cancer, click here. Cannabinoids refer to any group of related compounds that include cannabinol and the active constituents of cannabis. They activate cannabinoid receptors in the body. Cannabinoids have been proven to reduce cancer cells as they have a great impact on the rebuilding of the immune system. The world has come a long way with regards to accepting this plant as a medicine rather than a harmful substance. Help Support Conscious Alternative News Producing news is costly!

Obama's war on whistleblowers suffers setback Thomas Drake originally faced 35 years jail for leaking information that exposed corruption, serious waste and possible criminal activity at the National Security Agency US President Barack Obama's war on whistleblowers has suffered several setbacks. Two high-profile prosecutions against whistleblowers failed and the mistreatment of alleged WikiLeaks source, military analyst Bradley Manning, has been confirmed. The cases show a pattern of vindictive harassment against anyone involved in leaking information the US government deems “secret”. These cases are part of a broader attack on the public's right to know what governments do behind closed doors. A US military enquiry into Manning's treatment at Quantico military prison in Virginia, where he was held between July last year and April, confirmed that on two occasions he had to endure stringent and intrusive “suicide watch” conditions after doctors recommended his status be downgraded, Politico.com said on July 14. From GLW issue 891

The WikiLeaks You Missed - By Joshua E. Keating Since the first few Julian Assange-saturated months of 2011, the U.S. media have largely moved on to Arab revolutions and other sex scandals. But WikiLeaks has continued releasing embassy cables -- fewer than 16,000 of the more than 250,000 have been published so far. In contrast to its early, now-frayed partnerships with the Guardian and the New York Times, WikiLeaks is now working with local papers in countries like Peru, Haiti, and Ireland to release cables of national interest. With highly anticipated national elections approaching this weekend, the government certainly can't be thrilled with the State Department's candid assessments of the country's political turmoil and the health of its aging king. The cables were viewed and analyzed by Andrew MacGregor Marshall, a British journalist working in Bangkok for Reuters. But that's not nearly the best of it. Athit Perawongmetha/Getty Images In 2009, for instance, the U.S. THONY BELIZAIRE/AFP/Getty Images NARINDER NANU/AFP/Getty Images