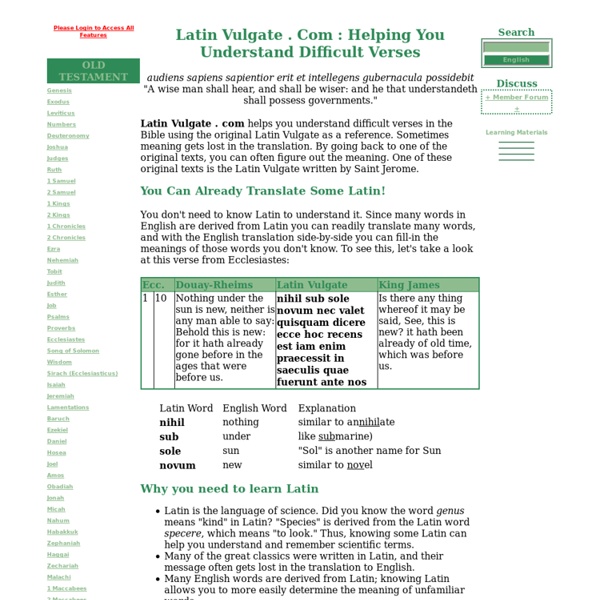 Lecture On The Tracing Board Of The Degree Of Mark Master Mason The marks used by Mark Master Masons, while extremely varied in the number of points comprised in the figure selected, as well as in character generally, are many of them taken from the ornaments, emblems, jewels or tools used in the Order, and these are symbolical of sundry moral truths inculcated by Freemasonry. Each of the ancient operative Masons employed at the building of King Solomon’s Temple was enabled to distinguish his own work by the particular mark or symbol cut thereon and by the same means each craftsman’s work was known to the Overseer. From the number of symbols thus used, the following have been chosen as pre-eminently illustrative of the teachings of this branch of our Ancient Order, and to them we attach symbolical explanations. 1.-the Volume of the Sacred Law we place first as the foundation of the entire masonic system. 2. 3. 4. 5. 6. The first represents faith in the Volume of the Sacred Law. 9.- the Square and Compasses may be thus symbolized.

OES - Ceremony of Initiation When the time arrives to open the Chapter meeting, the Worthy Matron (or Worthy Patron) comes to the East (or place called the East) and sounds the gavel which calls the Chapter to order. Then the 17 remaining officers are asked to go outside and march in. If all of the 17 officers are not present, the Matron may appoint other persons who are present to take their place, or may proceed with those present. The Officers line up in two lines, behind the Conductress and another line behind the place for the Associate Conductress, who stays in the Chapter room until instructed to go out to bring the officers in. Worthy Matron: Sister Warder, see that all doors of our Chapter room are secure. The Warder checks the doors and sees that they are secure, then return and says: Worthy Matron, the doors are secured. WM.: Sisters and Brothers, the time has come for us to open our Chapter and take care of our Chapter duties. The Assoc. Whereupon, the Assoc. The Assoc. The Conductress and/or the Assoc.

The Apocrypha Index Sacred Texts Bible Jump to Contents The Apocrypha refer to texts which are left out of officially sanctioned versions ('canon') of the Bible. The term means 'things hidden away,' which implies secret or esoteric literature. However, none of these texts were ever considered secret. In some Protestant Bibles, they are placed between the New and Old Testament. Jerome rejected the Deuterocanonical books when he was translating the Bible into Latin circa 450 CE, (see the Vulgate). Of these books, Tobias, Judith, the Wisdom of Solomon, Baruch, and Maccabees, remain in the Catholic Bible. With one exception, all of these books are considered 'Old Testament'. There are many other apocryphal books, which do not fall into the 'Deuterocanonical' category, such as the many additional New Testament Gospels, and the apocalyptic book of Enoch.

Sisters of secrecy: more facts on Eastern Star | Sun & Shield In my previous post on the Order of the Eastern Star (OES) I briefly gave a history of the secret society, highlighted its Masonic ties, and discussed a few of the gods represented by the “Eastern Star” on which they base their name. I will now highlight the goddesses behind the Order, some of the symbols they embrace, and their Cabalistic Motto. Embracing the goddesses When Rob Morris was organizing the basic layout of the OES, he decided there would be five degrees, or points, and that there would be five female figures representing the Order. Jephthah’s daughter, who Morris named Adah: The OES claims that she illustrates respect to the binding force of a vow. Symbols Masonic organizations like OES rely heavily on the use of symbols to hide the true meanings behind the doctrines they embrace. be asserted in the broadest terms that the Freemason who knows nothing of our symbolism knows little of Freemasonry. Pentagram: The emblem of OES has a five-pointed upside-down star. References:

MasonicWorld.com A Stroll Through The Seven Liberal Arts and Sciences By Richard D. Marcus George Washington Lodge # 337 F&AM, Whitefish Bay, Wisconsin Throughout our lives, we have heard of the liberal arts and sciences. Parts of the original list date back to ancient Greece. This print is German from about AD 1500. Proverbs 9:1 says, "Wisdom hath built herself a house, she hath hewn her out seven pillars." This leads us to a second woodblock print, which also is German from about the same time. In AD 420, Marcianus Capella in Carthage wrote an allegory of the Phoebus-Apollo, God of the Sun, presenting the Seven Liberal Arts as maids to his bride Philology, a lover of words. The Winding Stair Youth, manhood, and age are the three stages of our lives. We advance in life as if we were climbing a winding stair. There must be many fields of knowledge that could have been listed: history, chemistry, or literature. A History of the List The phrase, the liberal arts, comes from the Latin artes liberales. St. 1.

Archangel List of Names - Sandalphon, Jeremiel, Raphael, Chamuel, Uriel, Metatron, Zadkiel, Jophiel, Azrael, Ariel, Gabriel, Michael, Haniel * This list of Archangels is compiled for those that wish to have an Archangel painting of the Archangel of their choice and to assist them in their selection... just tell me the name of the Archangel you want on the message box when you place your order .. These are the most popular Archangels. Gabriel, Michael, Raphael, Uriel, Metatron, Jeremiel, Azrael, Jophiel, Chamuel, Zadkiel, Raziel, Raguel, Ariel, Sadalphon, Haniel and some of the Divine counterparts are: Faith, Christine, Charity, Hope, Mother Mary, Aurora, Amethyst I do not claim to be an Angelologist Michael ~ Raphael ~ Gabriel ~ Ariel ~ Azrael ~ Chamuel ~ Haniel ~ Jeremiel ~ Jophiel ~ Metatron ~ Raguel ~ Raziel ~ Sandalphon ~ Uriel ~ Zadkiel Archangel Ariel ~ Ariel's name means 'Lion or lioness of God' and this archangel is associated with lions and animals. Archangel Azrael ~ Azrael's name means 'Whom God helps'. Archangel Chamuel ~ Chamuel' name means "He who sees God' or 'He who seeks God'. Archangel Gabriel ~ Archangel Haniel ~

The Traditional Tree of Life, an overview of the Kabbalistic Teachings. The Sephiroth I am using here the traditional names of the Sephiroth. Their names don't always reflect the meaning or content of them. 1. Kether is the first manifested Sephirah, the first condensation of the light of Ain-Soph. Kether is the source of light rising up from the darkness. Kether is also called Mashabah, which is consciousness, as Kether is pure consciousness. Kether is also called the Crown because of its ability to receive and integrate the divine energy. For me, Kether means the very essence of my being, that divine monad that always has been and always will be. 2. Chochmah is the second Sephiroth. Chochmah is associated in the soul with the power of intuitive insight, flashing lightning-like across consciousness. In man Chochmah corresponds to the right brain hemisphere. Chochmach is the power of selflessness that allows us to 'taste' divinity. For me, Chochmah is the driving fore in this life, the energy that keeps me alive and allows me to do the things I want to do. 3.

The Tower of Babel The Tower of Babel ﻿And the whole earth was of one language and of one speech. And it came to pass, as they journeyed from the east, that they found a plain in the land of Shinar; and they dwelt there. And they said to one another, go to; let us make brick for stone, and slime had they for mortar. And they said, Go to let us build us a city and a tower whose top may reach unto heaven; and let us make a name, lest we be scattered abroad upon the face of the earth. And the Lord came down to see the city and the tower, which the children of men built. In the time of the next great act of rebellion against God, about 560 years after the flood another event happened: The Tower of Babel. "This they begin to do." separation is one of time - linear verses eternal. "Nothing will be restrained from them." Imagine if you were stranded on an island without anything but your wit. ﻿﻿The Babel builders had a generalized knowledge of the future, from their knowledge of the stars.