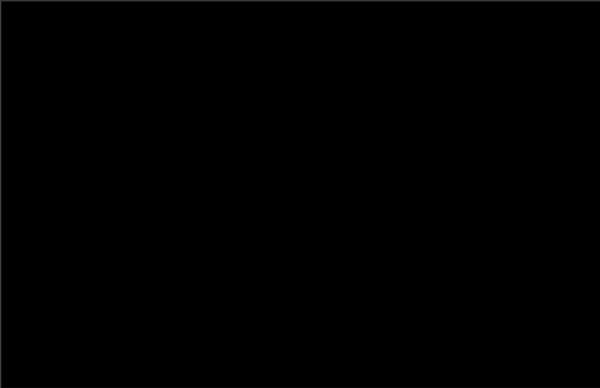 2001: A Space Odyssey - Stanley Kubrick's Alchemical Magnum Opus "I'm sure you are aware of the extremely grave potential for social shock and disorientation caused by this information. We can't release it without proper conditioning." - Heywood Floyd The idea of this thread came from reading Alchemical Kubrick on the Alchemy Lab website, a love for Kubricks 'Work' and an interest in Alchemy. Let me disclaim now that I am no initiate or adept, so go easy huh. The credit must go to the author of the article Jay Weidner, as most of the work included here is his. To me, he cracked this enigma wide open. Many poets, philosophers, artist, sculptors, scientist, builders, and a few movie producers have hidden the 'Great Work' within their creations so as only if you have the eyes to see, you will. This is about Stanley Kubrick (Cube-Brick Hexahedron?) There are three recognized types of practical Alchemy, Spagyric (plant), Mineral, and Animal. In some circles there are three steps of the Magnum Opus, but we will stick with the four used here. Solve et Coagula

Wikibuilding Once Upon These Times: New Stories for New Audiences Bio Jeremy Ettinghausen Jeremy Ettinghausen is Digital Publisher at Penguin UK and has been responsible for a number of high profile digital initiatives including the Penguin Remix competition and the collaborative wikinovel, A Million Penguins. He recently brought William Gibson into Second Life and says "No publisher should ever have to buy skin, virtual or real, for an author." Matt Locke Matt Locke is Commissioning Editor for Education and New Media at Channel 4. In the first year of its new online strategy, C4 Education projects have won numerous awards, including a BAFTA, BIMA and Flash Forward award for Bow Street Runner, a BAFTA nomination for Yeardot and an EMMY for Battlefront. To download this program become a Front Row member. ZOOM IN: Learn more with related books and additional materials. Encyclopædia Britannica Article book book on britannica.com © 2010 Encyclopædia Britannica, Inc.

5 Possible Storylines For The Next Star Wars Movie October 31, 2012 - Disney just paid over $4 Billion for Lucasfilm and the jewel of George Lucas’ eye, the Star Wars Universe. The House of Mouse wasted no time, announcing that a new live-action Star Wars film (tentatively titled Star Wars Episode VII) will be released in 2015, with new films following every few years. With only two to three years to plan, shoot, and edit, a story is probably already in place. Here are five possible directions that Disney could take its new toy in. 1) The Thrawn Trilogy A set of three books written by sci-fi master Timothy Zahn, the Thrawn Trilogy starts with 1991′s Heir to the Empire novel, the first official foray by Lucasfilm into the world now known as the Expanded Star Wars Universe. The Thrawn Trilogy would allow for some storyline separation between the 2015 Star Wars movie and Return of the Jedi. 2) The Rise of Darth Vader 3) Pick up right after Return of the Jedi 4) A Boba Fett Spin-Off 5) The Old Republic

Shadowing | Design Research Techniques Authour:Jen Recknagel Edited by Christine Keene Problem Contextualized information about how, when and why people act is needed to generate understanding of human need and to develop meaningful insights for innovation. Solution Shadowing provides a rich, comprehensive data set about the patterns of actions, interdependence and motivations of users. Background Shadowing originated out of 1950’s Management Studies and Henry Minzberg’s 1970’s iterations on structured observation. Use When This methodology is used when exploring a research domain to gain a rich understanding of user/customer/employee motivation and to capture what people do and not what they say they do. Use For Shadowing is used to gain understanding of an individual’s behaviour, opinions and drivers as well as to understand a person’s role and paths through an organization or interactions with other objects or people in a given setting. Process 3) Develop Trust – The goal of shadowing is to gain insider status. Resources

Games People Play Bio Matt Adams Matt Adams makes performances, installations, games and interactive artworks. He co-founded Blast Theory in 1991, a group renowned for its multidisciplinary approach pioneering the use of new technologies within performance contexts. The group has used interactive pressure pad systems triggered by audience members, video and audio streaming, and more recently, the convergence of collaborative virtual environments and mobile devices. He co-curated the Screen series of video works for Live Culture at Tate Modern in 2003 and curated the Games and War season at the ICA in London in 2003. Dan Hon Dan Hon is CEO of Six to Start, an award winning entertainment production company founded with his brother, Adrian, in September 2007. Six to Start's first project, We Tell Stories, for Penguin, re-imagined how a publisher could adapt to producing internet natvie fiction. Kati London Kevin Slavin Kevin Slavin is the Managing Director and co-Founder of area/code. Alice Taylor sports and games

My Interpretation of Heliofant's "I, Pet Goat II" Thanks to this great thread here by user nimbinned, I was able to come across this great video of I, Pet Goat II by team Heliofant. The animation is some of the best I have seen in awhile, even better than major Pixar and Disney movies (albeit much shorter). It is obviously a highly symbolic short and subject to many different interpretations, but I thought I would propose my take on it and you all can hopefully add your takes or tell me why I am wrong. I do regret not adding this to the main thread already started but I am about to post so much content that I did not want to hijack nimbinned's thread. This is going to be a large thread, so, please bare with me. So, in case you haven't seen the video, I will post it here. [The video has been previously taken down by YouTube (surprise, surprise) and uploaded by a random user. The name "I, Pet Goat" is reference to the storybook read by President George W. Here is the video of him in the class: 1. 2. 3. 4. 5. 6. 7. 8. 9. 10. 11. 12. 13.

Affinity diagram | LXD What is it? The Affinity Diagram is an interactive data collection method, which enables the identification and sorting of large quantities of ideas within a short time frame. Affinity means likeness or close relationship. The Affinity is used when a non-judgemental process is required for gathering and categorising ideas. What aspects of learning are being supported? Bloom’s Taxonomy: remembering, understanding, applying, analysing, evaluating. creatingQT – Intellectual Quality: Deep Knowledge, Deep Understanding, Higher-Order Thinking, Metalanguage, Substantive ConversationQT – Quality Learning Environment: Explicit Quality Criteria, Engagement, High Expectations, Social Support, Students Self-Regulation, Student Direction Which apps could I use? How do I use it? Clearly define and write the topic for the session. e.g.: “What Makes Sydney A Great City?” Some examples Types of Questions which could be supported by the use of an Affinity Diagram What makes a quality classroom?

Gaming the crowd « The fearsome blog of Andrew Davies Topic: Practical ways to turn any website into a game, and the serious risks of doing it wrong. (description), by Andy Baio. Starts off by showing some games… Quest for the crown Desert Bus (1995, Sega TV, unreleased) – Drive the Penn and Teller tour bus in real time. Marathon video tame – Run a virtual marathon in real time button tapping, guy did it, took him three hours. You only live once – Standard platformer. Upgrade complete – Game about upgrading a game. Achievement unlocked – Get achievements for everything. Punchline: All these use games to discuss what games are. Mechanical Turk Feels weird when he uses it. Turns out that the demographics are roughly the same as the English speaking internet. Social web = MMO More examples of games at work At Target, the cashier’s terminals provide feedback scores on the last 10 checkouts. The Squeaky wheel – Bug tracker with achievements. Obama campaign – Neighbor to neighbor – Level up, get promotions. Nike/iPod exercise site Grinding is no fun.

Backcasting | Design Research Techniques Authours: Karl Schroeder & Robert Tilley Edited by Christine Keene Problem Goal-oriented foresight methodologies may declare targets that lie quite far in the future. Reduction of global greenhouse gas emissions to 1990 levels by 2050Put astronauts on Mars by 2030 There is a disconnect between such long-range targets and immediate policy and business planning. Solution In backcasting, foresight participants propose a future event or situation and then work backward to construct a plausible causal chain leading from here to there. Use When This technique is used during problem framing. Use For Projecting a transformative societal change that challenges existing assumptions for problems of significant complexity with a long enough time horizon to allow for making determined choices is the key role of backcasting. Process 1) Domain and Demographics – First, the team needs to clarify the issues of the current state and identify which areas are to be targeted. Variations Keenan, M. (2007).

Responsibilities of Community Managers This is a guest post by Itamar Kestenbaum. Follow him on Twitter. Every time I tell someone I’m a Community Manager, I get a varied response. Really, many people trying to describe Online Community Managers, end up sounding like this: Others may know what Community Manager is, but don’t know exactly how much it entails. Make Friends In the Industry Community Managing is super easy when you’re working for a well-known tech company in the middle of Silicon Valley. If you’re representing a matchbook company, you might want to know the other matchbook manufacturer’s Marketing pros, the top CEOs of the large matchbook companies, and the press. Get to know the press before you need something from them. Knowing the right people is always good – but when you’re a Community Manager and want to establish your company as a thought leader in the industry, it’s a must to get on a first-name basis with people in the industry if you expect to position yourself in it. Develop Relationships with Clients