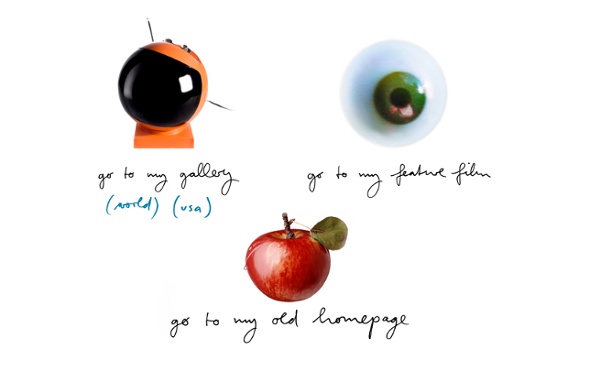 Keith Sonnier: Light Installations + Sculptures « 21 Sep Click to enlarge. Originally from Louisiana, Keith Sonnier has been working with fluorescent light bulbs and neon since the late 1960s. He has many series of light sculptures with different names such as ‘Ba-O-Ba’, ‘Sel’, ‘Blatt’ and ‘Chandelier’ each with its own distinctive style and twist. Some more minimalist and geometric, while others busier and loopy. In addition to his extensive sculptural work, Sonnier has created many installations over the years in public spaces including working with architects such as Morphosis on the Caltrans headquarters building in Los Angeles, an installation in the Lever House, and others in various airports.

Beautiful and depraved. Archive / RSS Beautiful and depraved. For connoisseurs of premium filth. For more extensive filth, you can find me and many others at: Fi/thy Gorgeous Th/ngs I'm also here: beautifulanddepraved.blogspot.com and I can be reached at: beautifulanddepraved {at} gmail.com My haikus: twitter Durham, Jimmy « Lumen Travo Gallery Jimmie Durham cv 2010 A Peanut shaped like a bird (2006) A long list 500 x 126 cm (1999) Solving the solution, Mixed media and wood, 60 x 105 x 30 cm (2002) Direct from the German forest (2006) Confessional hair and dirt on canvas piece (2006)

Film & Video The following films are presented for educational and non-commercial use only. All copyrights belong to the artists. About UbuWeb Film & Video Chinese Art Gallery On the other hand, the first Chinese artists to respond to international developments in modern art were those who had visited Japan, where the issues of modernization appeared earlier than they did in China. Among the first Chinese artists to bring back Japanese influence were Gao Jianfu (高劍父, 1879-1951), his brother Gao Qifeng (高奇峰, 1889-1933), and Chen Shuren (陳樹人, 1884-1948). Gao Jianfu studied art for four years in Japan, beginning in 1898; during a second trip there, he met Sun Yat-sen, and subsequently, in Guangzhou (Canton), he participated in the uprisings that paved the way for the fall of imperial rule and the establishment of a republic in 1911. Inspired by the “New Japanese Style,” the Gao brothers and Chen inaugurated a “New National Painting” movement, which in turn gave rise to a Cantonese, or Lingnan (“Range South”, 嶺南), regional style that incorporated Euro-Japanese characteristics. The first establishment of Western-style art instruction also dates from this period.

HA Schult, Art is Life The most important material used by HA Schult for his attacks against an impassive, and waning cultural institution is garbage. Garbage used as a material of refusal and provocation. Armin Zweite, 1974 If I were an artist educator, I would go with young people and walk the garbage heaps of industrialized civilization, because by destroying this order one breaks through its facade. Robert Jungk, 1973

Elizabeth A. Sackler Center for Feminist Art: Feminist Art Base: Howardena Pindell Separate But Equal Genocide: AIDS (detail of Part II) Howardena Pindell. Separate But Equal Genocide: AIDS (detail of Part II), 1990–1992. Carved Book Landscapes by Guy Laramee (click images for detail) For the better part of three decades multidisciplinary artist Guy Laramee has worked as a stage writer, director, composer, a fabricator of musical instruments, a singer, sculptor, painter and writer. Among his sculptural works are two incredible series of carved book landscapes and structures entitled Biblios and The Great Wall, where the dense pages of old books are excavated to reveal serene mountains, plateaus, and ancient structures. Anita Dube Born 1958 in Lucknow, India Lives and works in New Delhi, India Anita Dube is an art historian and critic turned artist. Her artistic endeavours draw on rich fount of experience and address issues such as mortality, desire, pain, and joy. She is widely represented at exhibitions in India and abroad, and has contributed to workshops and curated numerous exhibitions. Over the years, Dube has developed an aesthetic idiom that employs sculptural fragments made out of e.g. foam, plastic, pearls, prostheses, and glass eyes used for religious sculpture in Asia.

Nancy Rubins NANCY RUBINS Monochrome for Chicago, 2010–12 Stainless steel, stainless steel wire, and aluminum 40 x 35 x 33 inches (12.2 x 10.7 x 10 m) Installation at Navy Pier, Chicago, Illinois Photo by Erich Koyama Nancy Rubins transforms industrial, manufactured objects—such as mattresses, appliances, boats—into the building blocks of her physically commanding monumental sculptures. Acting as an intermediary between the past and future states of her chosen materials, Rubins hones the formal, rather than the functional qualities of the discrete components that make up a single, cohesive sculpture.

Zeitgeist's Irregular Twin Cloud II, Walls is building tension between an uncontrolled catastrophe and the controlled, abstract and clean environment of the engineer's drawing space. Considered a homage to Daniel Libeskind's early drawing work "Micromegas" and the "War and Architecture" drawings of Lebbeus Woods, "Cloud II, Walls" makes it possible to think two realms as one: the potential of systemic failure together with the assertion of control and the beauty of generating an artifact of indeterminate form in between. It is also part of Zeitguised's larger strand of work that is concerned with clouds of grey goo: a transitionary, metastable mass that is nothing yet becomes anything, if only for a fleeting moment. A swarming system that shows symptoms of life and the agility of a connected organism, the cloud is a bastardization of the abstract and the real as a twitching borderline between fiction and concretization.