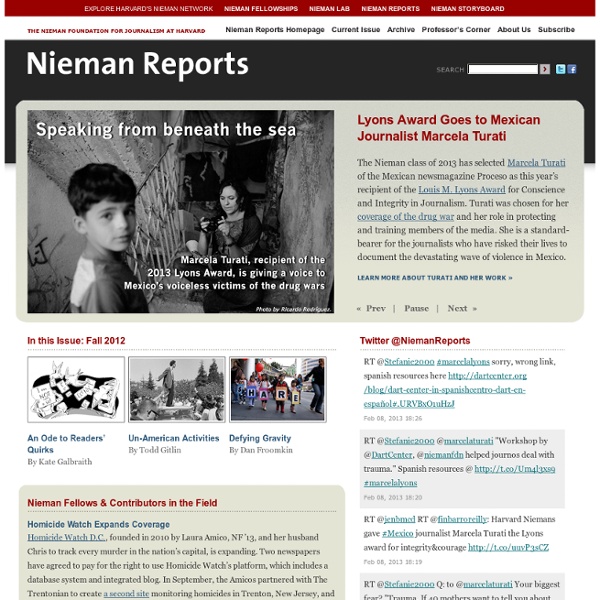 Media’s evolving spheres of discovery Here’s another in an occasional series of posts to that try to examine, explain, and illustrate the new structure of media. This one looks at how we discover content now. Back in the day, a decade (to 50 decades) ago, we discovered media — news, information, or service — through brands: We went and bought the newspaper or magazine or turned on a channel on its schedule. That behavior and expectation was brought to the internet: Brands built sites and expected us to come to them. Now there are other spheres of discovery — new spheres that are shifting in importance, effectiveness, and share. Start with brands. Next came search. Algorithms — Google News or Daylife (where I’m a partner) — also meet the organizational challenge of abundant content and they tackle the challenge of timeliness. Now we need to better understand the quality of those links and linkers. Note in that example that media doesn’t come just from media anymore. What does this mean for the economics of media?

Newsonomics | On the transformation of the news business 82% internautes quitteraient leur site devenu payant Only 35% of online news consumers have a favourite site, with most consumers using multiple sites, a Pew study has found. While 71% of internet users get their news online – a number that has held relatively steady in recent years according to the report – the majority (65%) aren't loyal to a single site. According to data from an Outsell study, most people even don't read articles as 44% of visitors to Google News are just scanning headlines and never click on articles themselves. As news organisations discuss charging for content using full subscriptions and pay-per-article fees, these figures heavily suggest that it remains as unclear as ever how to monetise the growing audience. The findings of the survey reassert what Walter Lippmann wrote about the reader in his book Public Opinion: "He will pay a nominal price when it suits him, will stop paying whenever it suits him, will turn to another paper when that suits him. What Lippmann wrote in 1922 is obviously still valid today.

Markham Nolan 11% dinfos originales We often talk about the new news ecosystem — the network of traditional outlets, new startups, nonprofits, and individuals who are creating and filtering the news. But how is the work of reporting divvied up among the members of that ecosystem? To try to build a datapoint on that question, I chose a single big story and read every single version listed on Google News to see who was doing the work. Out of the 121 distinct versions of last week’s story about tracing Google’s recent attackers to two schools in China, 13 (11 percent) included at least some original reporting. And just seven organizations (six percent) really got the full story independently. But as usual, things are a little more subtle than that. The New York Times broke the story last Thursday, writing that unnamed sources involved in the investigation of last year’s hacking of a number of American companies had traced the attacks to a prestigious technical university and a vocational college in mainland China.

Reflections of a Newsosaur Smartphones et informations Americans’ relationship with news is changing in dramatic and irreversible ways due to changes in the “ecology” of how news is available. Traditional news organizations are still very important to their consumers, but technology has scrambled every aspect of the relationship between news producers and the people who consume news. That change starts with the fact that those consumers now have the tools to be active participants in news creation, dissemination, and even the “editing” process. This report is aimed at describing the extent of the transformation and the ways in which news serves a variety of practical and civic needs in people’s lives. The overarching narrative here is tied to technological change, generational differences, and the rise of a new kind of hybrid news consumer/participator. People’s daily news attention is high, but varies considerably by age. A bit more than half of American adults (56%) say they follow the news “all or most of the time.” On a typical day:

getting the news (This post is part of News.me’s ongoing series, “Getting the News.” In our efforts to understand everything about social news, we’re reaching out to writers and thinkers we like to ask them how they get their daily news. Read the first post here. See all of the posts, from writers and thinkers like Zach Seward, Anil Dash, and Megan Garber, here.) This week we spoke to Chris Dixon, co-founder of Hunch. Chris has been in the startup world for ten years, creating companies of his own and investing in others about to get big. How do you get your news throughout the day? It used to be the paper — going back to when I’d read the New York Times and Wall Street Journal every day for ten years. It’s all Twitter — with the exception of maybe checking the New York Times homepage once a day, to see if some major international thing happened that I somehow missed on Twitter. I read the news as a citizen, but in the tech world, I also read it professionally. Does that happen? No. … rarely. Yeah. Yeah.

New Business Models for news The ongoing goal of the New Business Models for News project is to inform the discussion about the future of news with business specifics — experience, facts and figures. After months of research and analysis, we have created business models that we believe demonstrate there is a sustainable future for local news. For the purpose of our models we utilized data from a top-25 metro market and hypothesized that the sole daily newspaper had ceased publication. We began with the assumption that there will continue to be a market demand for quality journalism and that the market will find a way to meet that demand. So, what will fill the void? We posit that no single company or product will replace the metro daily newspaper. Although these genericized models are backed up by extensive, well-documented research, they are but one possible view of the future. Hyperlocal and Ecosystem Framework Models Hyperlocal sites are the building blocks of the new news ecosystem.