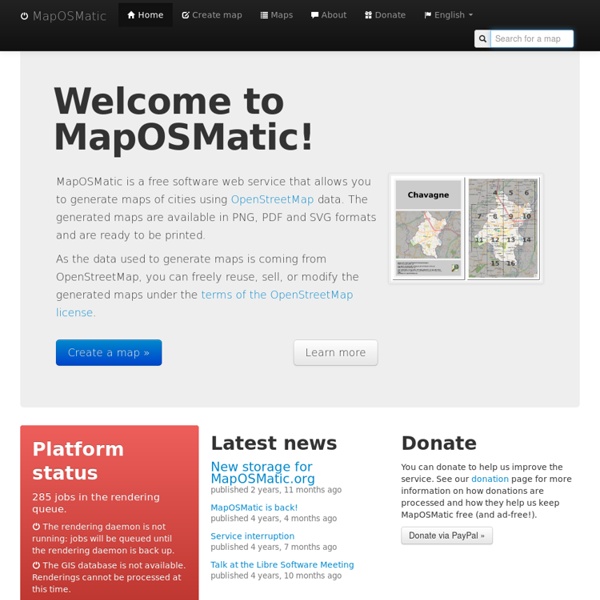 libffi A Portable Foreign Function Interface Library libffi-3.0.13 was released on March 17, 2013. You can ftp it from sourceware.org:/pub/libffi/libffi-3.0.13.tar.gz. libffi is free software. What is libffi? Compilers for high level languages generate code that follows certain conventions. Some programs may not know at the time of compilation what arguments are to be passed to a function. The libffi library provides a portable, high level programming interface to various calling conventions. FFI stands for Foreign Function Interface. Who uses it? The libffi library is useful to anyone trying to build a bridge between interpreted and natively compiled code. Supported Platforms Libffi has been ported to many different platforms. At the time of release, the following basic configurations have been tested: Please send additional platform test results to libffi-discuss@sourceware.org and feel free to update the wiki page above. How to get it Mailing lists

Introducing the Google Command Line Tool Ever wanted to upload a folder full of photos to Picasa from a command prompt? We did, a lot, last summer. It made us want to say: $ google picasa create --title "My album" ~/Photos/vacation/*.jpg So we wrote a program to do that, and a whole lot more. GoogleCL is a command-line utility that provides access to various Google services. For example: $ google blogger post --blog "My blog" --tags "python, googlecl, development" my_post.html $ google calendar add "Lunch with Jason tomorrow at noon"$ google docs edit --title "Shopping list" --editor vim GoogleCL is a pure Python application that uses the Python gdata libraries to make Google Data API calls from the command line. Read more at the GoogleCL project page, or jump right to the examples. GoogleCL brings cloud computing to your fingertips, literally! By Jason Holt, Street View Team and Tom Miller, former Street View Intern

DAWAR 1er Album Music About Dawar is a Maloya-Mixed band, Blues of Réunion flavoured with different influences. The trip's five musicians aspire to record their first album this year. What are the fund for? The funding will allow us to finance the recording studio: - 4 days in the studio - 2 days of sound-mixing and mastering One day in the studio costs 200 euros About the project owner Dawar is a Maloya band, composed of 5 musicians from differents influences. An artist or a band's first album is the main tool for his development. Our message of hope and our music, always in quest of new sounds, spread a desire.A desire to travel, to be different, to share! DAWAR at Réunion means "maybe" so... why not?

StyleCop In defence of SQL | Seldo.Com Blog If this title does not interest you, here are some alternative, linkbait titles: Why ORM is the Dumbest Idea Ever Why NoSQL is a Terrible Idea OMADS: the future of data storage Why SQL Will Eventually Conquer The World A little history SQL was invented in the 1970s at the same time that "large-scale" (read: millions of rows) data stores came into existence. It triumphed over other query languages not because it was particularly great (though it was easier to read), but because it was standard. Everybody building a data store could write to the SQL standard without having to re-train all their clients and customers. SQL is awkward There's no escaping that SQL, as we use it day to day, is not pretty. Keep in mind that what SQL is really designed to express is relational algebra, a type of logic essentially invented by the ridiculously clever E.F. What it's not really for is collating, aggregating, and most especially filtering of data sets. So you're right. What about ORM? Post-SQL