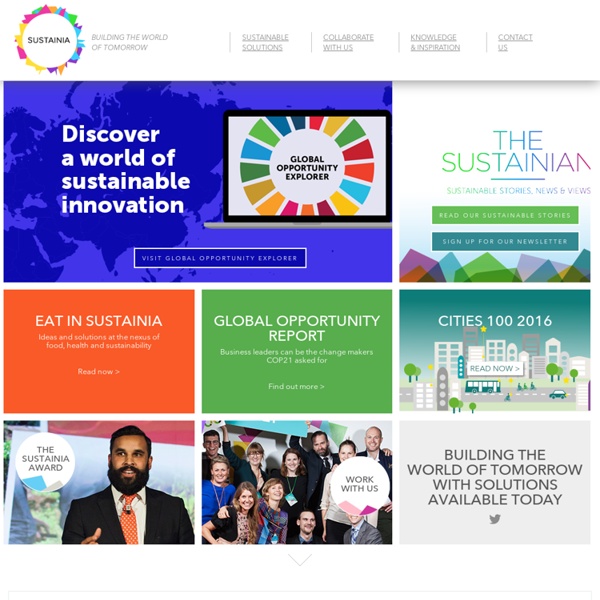 (UPDATE) Transforming Agbogbloshie: From Toxic Dump Into Model Recycling Center - The Pollution BlogThe Pollution Blog UPDATE: June 2015 It has been eight months since Pure Earth opened the e-waste recycling center with automated wire-stripping units. We have been assessing what is working and what is not, as we enter the next phase of the project. Lessons learned: While the automated wire strippers currently installed work well for larger cables, they cannot process the fine bundles of electrical cables, which continue to be burned. Our project team will be on site, working with partner organizations, Greater Accra Scrap Dealers Association and Green Advocacy Ghana, to install, test and train workers in the recycling center on this new technology. The project remains on schedule and within budget. The next phase the project will be determined after research into the effectiveness of the recycling center, and input from the local recyclers and partner NGOs. On October 9, Agbogbloshie, Ghana – the second largest e-waste processing area in West Africa – got something new. Learn more:

UK firm takes the cloud to chillier climes with Swedish data centre | Technology A British private equity firm is following Facebook into the Swedish sub-Arctic, building a data centre aiming to tap the growing demand for energy-hungry computing capacity in the cloud. Hydro66, a data centre provider financed by Black Green Capital, is launching a new facility 70 miles from the Arctic circle in Boden, with the aim of housing high-powered computing equipment for corporate IT customers in Europe. With 800 million people “within 50 milliseconds” of the site, its investors claim they will attract corporations seeking to house their data at low cost and with a small carbon footprint, thanks to Scandinavia’s sub-zero temperatures, cheap hydroelectric power and fast fibre-optic network. The new facility will be a tenth the size of Facebook’s, but that has tens of thousands of servers packed together in long aisles, where natural cooling can save a significant amount of power. Black Green Capital said its team has an established background of data centre operators in Europe.

Recast of the WEEE Directive - Environment Additional tools Waste of electrical and electronic equipment (WEEE) such as computers, TV-sets, fridges and cell phones is one the fastest growing waste streams in the EU, with some 9 million tonnes generated in 2005, and expected to grow to more than 12 million tonnes by 2020. WEEE is a complex mixture of materials and components that because of their hazardous content, and if not properly managed, can cause major environmental and health problems. Moreover, the production of modern electronics requires the use of scarce and expensive resources (e.g. around 10% of total gold worldwide is used for their production). To improve the environmental management of WEEE and to contribute to a circular economy and enhance resource efficiency the improvement of collection, treatment and recycling of electronics at the end of their life is essential. The first WEEE Directive (Directive 2002/96/EC) entered into force in February 2003.

Illegally Traded and Dumped E-Waste Worth up to $19 Billion Annually Poses Risks to Health, Deprives Countries of Resources, Says UNEP report Geneva, 12 May 2015 - Up to 90 per cent of the world's electronic waste, worth nearly US $19 billion, is illegally traded or dumped each year, according to a report released today by the United Nations Environment Programme (UNEP). Each year, the electronic industry - one of the world's largest and fastest growing - generates up to 41 million tonnes of e-waste from goods such as computers and smart phones. Forecasts say that figure may reach 50 million tonnes already by 2017. A staggering 60-90 per cent of this waste is illegally traded or dumped, according to UNEP's "Waste Crimes, Waste Risks: Gaps and Challenges In the Waste Sector", launched today in Geneva, at the Conference of Parties to the three major conventions addressing the global waste issue, the Basel, Rotterdam and Stockholm Conventions. The International Criminal Police Organization (INTERPOL) estimates the price of a tonne of e-waste at around US $500. Recommendations Countries are encouraged to:

Up to 90% of world's electronic waste is illegally dumped, says UN | Environment Up to 90% of the world’s electronic waste, worth nearly $19bn (£12bn), is illegally traded or dumped each year, according to the UN Environment Programme (Unep). Computers and smart phones are among the ditched items contributing to this 41m tonne e-waste mountain, which could top 50m tonnes by 2017, Unep says in a new report launched today in Geneva. It follows last month’s UN University report, which outlined how 42m tonnes of electronic waste were thrown out in 2014 at a cost of $52bn to the global economy. Exporting hazardous waste from EU and Organisation for Economic Co-operation and Development (OECD) Member States to non-OECD countries is banned. However, Unep says thousands of tonnes of e-waste are falsely declared as second-hand goods and exported from developed to developing countries, including waste batteries falsely described as plastic or mixed metal scrap, and cathode ray tubes and computer monitors misleadingly declared as metal scrap.

Responsible Recycling: Dell Bans E-Waste Exports In FY15, Dell also signed a 5-year agreement with the United Nations Industrial Development Organization (UNIDO) to cooperate on identifying and implementing a sustainable e-waste management model for developing countries in Africa, Asia and Latin America. We are both committed to finding solutions that create job opportunities, improve health conditions for workers and develop environmentally sound practices for recovering valuable resources. Our FY14 work in Kenya, helping the country set up an e-waste recycling hub and collection network, showed us how we can help developing nations move from an informal recycling culture to a safe, formal industry takeback program supported by legislation. This model holds much promise for other developing nations, and in FY15 we continued working with Uganda on developing takeback legislation. We also presented an informal sector recycling model to India’s Ministry of Environment and Forest.

Guiyu waste dump: The Chinese tip where your old mobile phones and computers go to die [Photo report] The town of Guiyu in southern China's Guangdong province is one of the world's largest electronic waste dump sites. Tens of thousands of people work in about 5,000 workshops, processing hard drives, mobile phones, computer screens and computers imported from around the globe. Many of the workers work in poorly ventilated workshops with little protective gear. The stench of burning plastic envelops the small town, while the waterways are black with industrial effluent. While most of the electronic waste was once imported into China, much more now comes from within the country as its wealth increases. In 2014, the world dumped around 41.8bn kg of e-waste – mostly fridges, washing machines and other domestic appliances, according to a UN report.

11 facts About E-Waste | Volunteer for Social Change Welcome to DoSomething.org, a global movement of millions of young people making positive change, online and off! The 11 facts you want are below, and the sources for the facts are at the very bottom of the page. After you learn something, Do Something! Find out how to take action here. In 2009, discarded TVs, computers, peripherals (including printers, scanners, fax machines) mice, keyboards, and cell phones totaled about 2.37 million short tons.E-waste represents 2% of America's trash in landfills, but it equals 70% of overall toxic waste.20 to 50 million metric tons of e-waste are disposed worldwide every year.Cell phones and other electronic items contain high amounts of precious metals like gold or silver. Nigerian recycling initiative proves it’s not all about hi-tech solutions | Guardian Sustainable Business When it comes to climate change, we have the bad habit of focusing on the first part of the story, the part about the problem, and forgetting the second part about the many available solutions. These solutions are speeding up recycling, slowing down emissions and providing sustainable alternatives to plastic, air conditioning, smartphones and fast fashion. The Intergovernmental Panel on Climate Change is gathered in Copenhagen to present its latest report on the impacts and pace of climate change. Due for release on 2 November, we know the highlights of the report’s message already. Climate change is now measured on all continents and our efforts to lower emissions must be intensified to avoid it escalating out of control. Along with outlining the risks and challenges, Copenhagen must also embrace and focus on the solutions. From California, we saw how we can now produce plastics from greenhouse gases that are competitive with normal oil-based plastics in price and quality.

Energy Efficiency, Data Centers Environmental Issues > Energy Main Page > All Energy Documents Critical Action Needed to Save Money and Cut Pollution Data centers are one of the largest and fastest growing consumers of electricity in the United States. In 2013, U.S. data centers consumed an estimated 91 billion kilowatt-hours of electricity -- enough electricity to power all the households in New York City twice over -- and are on-track to reach 140 billion kilowatt-hours by 2020.Some large server farms operated by well-known Internet brands provide shining example of ultra-efficient data centers. Data centers are the backbone of the modern economy -- from the server rooms that power small- to medium-sized organizations to the enterprise data centers that support American corporations and the server farms that run cloud computing services hosted by Amazon, Facebook, Google, and others. Recommendations Adoption of a simple server utilization metric. last revised 2/6/2015