The Story of Keep Calm and Carry On 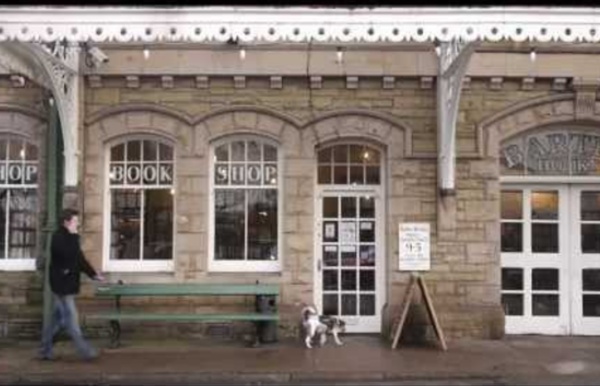 30 Examples of Beautiful Arabic Typography The languages, aesthetics, and calligraphy of other cultures can open up new avenues for typography lovers and graphic artists, who can use a script like Arabic as a new framework within which to express their creativity. By finding innovative ways in which to present Arabic letter shapes and markings, while also striving to incorporate the culture’s handwriting techniques and themes, designers are given a new area of inspiration and challenge. The thirty examples of Arabic typography and calligraphy below show a wide range of approaches to playing with the language. Solar Roadways - Introduction We are excited to announce that Indiegogo has asked us to join their InDemand program: It allows teams to continue raising funds for their projects. We are very excited about this for many reasons: We've had numerous requests since our original campaign ended: "Can I still donate?", "Can I still get a Solar Roadways perk?", "I'd love to be a part of this movement", etc. Many people hadn't even heard about Solar Roadways until after the campaign had ended.

Tyler Knott This week, I was so fortunate join forces with the amazing PEN America, one of the most amazing literary organizations in the country who work very hard to, in their words, “ensure that people everywhere have the freedom to create literature, to convey information and ideas, to express their views, and to make it possible for everyone to access the views, ideas, and literatures of others.” They have an unbelievable event coming up, the PEN World Voices Festival of International Literature, from April 28th through May 4th in New York City. They wanted my help spreading their word, and it’s a word I believe is so absolutely vital to be spread.

28 Free Fantastic Retro Styled Fonts We have gathered an awesome collection of free fonts. These are retro styled fonts that must be added to your collection. To download the font just click on it and it will take you to the download page. Dauðalogn Étude Op. 25 No. 1 by Frédéric Chopin 7705 "Ordinarily I go to the woods alone, with not a single friend, for they are all smilers and talkers and therefore unsuitable. I don’t really want to be witnessed talking to the catbirds or hugging the old black oak tree. I have my way of praying, as you no doubt have yours. Besides, when I am alone I can become invisible, I can sit on the top of a dune as motionless as an uprise of weeds, until the foxes run by unconcerned.

Jitterbug Perfume Plot summary[edit] A powerful and righteous 8th-century king named Alobar narrowly escapes regicide at the hands of his own subjects, as it is their custom to kill the king at the first sign of aging. After fleeing, no longer a king but a simple peasant, he travels through Eurasia, and eventually meets the goat-god Pan, who is slowly losing his powers as the world turns toward Christianity. In India, he meets a girl, Kudra, who goes on to become his wife. As with most of Robbins' couples, their mutual libido is enormous, and their love quite like something out of a fairy tale. After an encounter with a mysterious group known as "The Bandaloop Doctors," Alobar is set down the path towards eternal life, which, according to Robbins, can be attained by a consistent ritual of controlled breath work, simple eating, sex, and bathing in extremely hot water.

50 Classic Automobile Typography Designs Whenever I see a beautifully designed vehicle the first and most important action is to see what company is behind the design. As soon as you see that logo, your judgement based on that vehicle will, from now on, be associate with that brand. It’s something so automatic that we really don’t notice until we recall that information again. Later on somebody will ask you your opinion, and your will most than likely reply based on your experience. Being a typography lover might seem a bit strange to some. Brittany Wenger Brittany Wenger, a high-school senior, is well on her way to making the diagnosis of breast cancer less painful and more accurate. Wenger began studying neural networks when she was in the seventh grade. And this year, she won the grand prize in the 2012 Google Science Fair for her project, “Global Neural Network Cloud Service for Breast Cancer.”

The Secret Of Successful Minimal Font Usage Minimal fonts can awesomely enhance any artwork if used properly. You can see more and more websites using minimal fonts in their designs. Personally I love the neat look of bold minimal font in a minimal design. In this article you’re going to find some tips together with stunning examples to learn more about minimal font usage in web design. While minimalism seems easy – it really isn’t, it takes great skill to come up with something clean, professional and unique at the same time!

A Typographic Tour of New York City at Night by Maria Popova “No other city in the world stages dusk to dawn like New York City.” “Just bring your own contents,” wrote Anaïs Nin of the poetics of New York in 1934, “and you create a sparkle of the highest power.”

Interview With Nadine Chahine — The Art And Craft Of Arabic Type Design Advertisement The beauty of typography has no borders. While many of us work with the familiar Latin alphabet, international projects usually require quite extensive knowledge of less familiar writing systems from around the world. The aesthetics and structure of such designs can be strongly related to the shape and legibility of the letterforms, so learning about international writing systems will certainly help you to create more attractive and engaging Web designs. Today we’ll explore the art and craft of Arabic typography with Dr. Top 5 Most Unique and Beautifully Designed Typefaces When you consider that typography plays a rather large role in the designs we see everyday, you have to be strict when choosing fonts to use in conjunction with the project you’re working on. There are many different style variants, for example handwriting, serif, sans serif and slab and if you plan on using a combination of these different typeface styles together within your design, they can portray a positive or negative tone. One incredibly useful article, which may be of interest to those who want to read more, on the subject is written by Daniel Eden, titled “Read all about it”, which you can find on his blog. If you’re currently working on a new print, web or graphic design or are in need of some typeface inspiration, I have found the top 5 most unique and beautifully designed typefaces that are on the web, ready for you to download and use. Metro Nova Metro Nova was designed in 1929 by W.A.