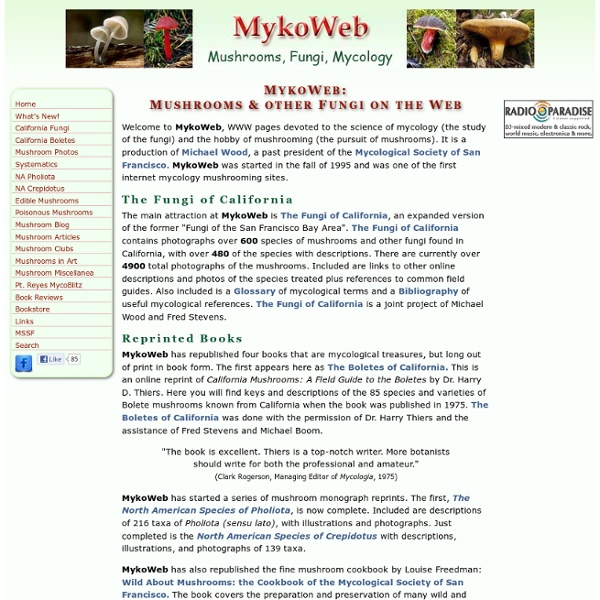 Flowers in Ultra-Violet The compilation of species will continue to be updated at irregular intervals. All species listed here have been documented, and links are added whenever I can find spare time for updating. These images are made for illustrative purposes, not as artistic statements per se. However, there are lots of food for thought in the convoluted ways Nature expresses itself, so for once the artist can step backand let the subjects speak for themselves. "Das Ding an Sich" to paraphrase Kant, or Eigenvalue of Nature. If you are unfamiliar with the botany, just select any species indicated as having a "strong" response to learn how this looks. However, not all species have the typical bull's-eye UV pattern, which may be confined to symmetrical flowers. The UV range of the spectrum has no predefined colours, so we are free to assign any colour we like. UV fluorescence may be a common trait to most flowers, but might be of temporary occurrence for parts of the flower.

The Sacred Geometry of Sound Sacred Geometry and the Structure of Music Legend recounts how Orpheus was given a lyre by Apollo. By playing his lyre, Orpheus produced harmonies that joined all of Nature together in peace and joy. Inspired by this Orphic tradition of music and science, Pythagoras of Samos conducted perhaps the world's first physics experiment. By plucking strings of different lengths, Pythagoras discovered that sound vibrations naturally occurred in a sequence of whole tones or notes that repeat in a pattern of seven. Like the seven naturally occurring colors of the rainbow, the octave of seven tones — indeed, all of Creation — is a singing matrix of frequencies that can be experienced as color, sound, matter, and states of consciousness. This correlation of sound, matter, and consciousness is important. I believe that this matrix of Creation is waiting for us to sound the most harmonious vibrating chord — to sound the universe itself into a perfect, idealized form. The Music of Atomic Shapes Footnotes

Mycology Resources Paper-Back Planters: Recycling Books to Pot Indoor Plants | Designs &Ideas on Dornob Have books finally met their match with the Apple iPad, or is it just another fad like the Amazon Kindle? Readers may find some poetry in these volumes regardless of whether they are willing to give up their favorite paperback companions: potted plants put into scooped-out sections of beautiful old hardback books. Gardenkultur (via Inhabitat) makes a simple recycling project out of even the most complex novels, but carving into the heart of a book, sealing off the resulting space and putting seeds of little trees or other plant life into the curved void. But if a picture is said to be worth one thousand, at how many words do we value a wee plant? Hopefully these books were beyond repair and those ripe only for reuse.

Genes may travel from plant to plant to fuel evolution Evolutionary biologists at Brown University and the University of Sheffield have documented for the first time that plants swap genes from plant to plant to fuel their evolutionary development. The researchers found enzymes key to photosynthesis had been shared among plants with only a distant ancestral relationship. The genes were incorporated into the metabolic cycle of the recipient plant, aiding adaptation. The evolution of plants and animals generally has been thought to occur through the passing of genes from parent to offspring and genetic modifications that happen along the way. How this happened is unclear. "As far as we know, this is the first case where nuclear genes that have been transmitted between plants have been incorporated into the primary metabolism and contributed to the evolution of a new trait, in this case C4 photosynthesis," said Pascal-Antoine Christin, a postdoctoral researcher in the Department of Ecology and Evolutionary Biology at Brown.

The Master Cleanse Directions and Ingredients to the Lemonade Diet Mycology Mushrooms are a kind of fungal reproductive structure From mycology arose the field of phytopathology, the study of plant diseases, and the two disciplines remain closely related because the vast majority of "plant" pathogens are fungi. A biologist specializing in mycology is called a mycologist. Historically, mycology was a branch of botany because, although fungi are evolutionarily more closely related to animals than to plants, this was not recognized until a few decades ago. Many fungi produce toxins, antibiotics, and other secondary metabolites. Fungi are fundamental for life on earth in their roles as symbionts, e.g. in the form of mycorrhizae, insect symbionts, and lichens. Fungi and other organisms traditionally recognized as fungi, such as oomycetes and myxomycetes (slime molds), often are economically and socially important, as some cause diseases of animals (such as histoplasmosis) as well as plants (such as Dutch elm disease and Rice blast). History[edit] See also[edit]

Make Canning Jars Look Vintage Blue I bought these probably five years ago at an antique/consignment store. I think I paid about 12 dollars for a set of four. Now you can expect to pay at least that for just one. Last night I was cruising around the internet and happened upon a link to a tutorial using mod podge and food coloring to make your own. This afternoon I decided to play around with some mod-podge and food coloring myself. Just pour some mod podge into one of your jars. Add a few drops of water to thin down just a bit. You want to get as much of the mod podge mixture out of the jar as possible so you don't have a big glob of dried gunk in the bottom of your lovely jar. This is how it will look wet. I'm pretty sure I read somewhere about heat setting paint on glassware by baking it at a low temp, so I set my oven on the lowest setting it would allow, 150 degrees and popped them in. I took this after they had cooked for about 20 minutes. And for the finished product, drum roll please..... Not too shabby, eh?

Paper-Back Planters: Recycling Books to Pot Indoor Plants | Designs &Ideas on Dornob Have books finally met their match with the Apple iPad, or is it just another fad like the Amazon Kindle? Readers may find some poetry in these volumes regardless of whether they are willing to give up their favorite paperback companions: potted plants put into scooped-out sections of beautiful old hardback books. Gardenkultur (via Inhabitat) makes a simple recycling project out of even the most complex novels, but carving into the heart of a book, sealing off the resulting space and putting seeds of little trees or other plant life into the curved void. Of course, this would work just as well as a do-it-yourself gardening project for those green-thumbed enough to provide proper moisture barriers for their own plants. But if a picture is said to be worth one thousand, at how many words do we value a wee plant? Hopefully these books were beyond repair and those ripe only for reuse.

Plant blooms after 30,000 years in permafrost - life - 20 February 2012 By Kate Ravilious A plant that last flowered when woolly mammoths roamed the plains is back in bloom. Biologists have resurrected a 30,000-year-old plant, cultivating it from fruit tissue recovered from frozen sediment in Siberia. The plant is by far the oldest to be brought back from the dead: the previous record holder was a sacred lotus, dating back about 1200 years. The late David Gilichinsky from the Soil Cryology Laboratory in Moscow, Russia, and colleagues recovered the fruits of the ice age flowering plant (Silene stenophylla) from a fossilised squirrel burrow in frozen sediments near the Kolyma river in north-east Siberia. Radiocarbon dating of the fruit suggests the squirrel stashed it around 31,800 years ago, just before the ice rolled in. By applying growth hormones to the fruit tissue, Gilichinsky and his colleagues managed to kick-start cell division and ultimately produce a viable flowering plant. Similar fossilised burrows have been identified in Alaska and Canada. flowers

Rejuvelac Sprouts are one of the most concentrated natural sources of vitamins, minerals, enzymes, trace elements, amino-acids and proteins on Earth. In addition to being super nutritious, sprouts are one of the most versatile foods in your kitchen. Sprouts can be everything from the main ingredient to a garnish. Sprouts are a great snack - just fill a bowl, have a seat, and start munching. Every sandwich should have sprouts, every sandwich should be made with sprouted wheat bread, every soup should have sprouts, everyBODY should have sprouts! We eat sprouts Raw and Cooked. These are all low fat recipes! Sprouts - like all vegetables, are much more nutritious raw, and since sprouts are living food, they are the most nutritious of vegetables. Eat More Sprouts! Sprouts are: a snack great in stir fry salads for tortilla insides unexpected on pizzas a powerful juice source a friend of soup necessary on sandwiches the breakfast of champions! Have fun. Be Adventurous and Enjoy! Gil and Lori Sproutpeople

Felting Project: A Rug! This is the most beautiful felt project we’ve seen. Strips of felt are wrapped around each other with hot glue to create this amazing swirled effect. What a great project for a snowed-in weekend and a movie marathon with the family. Keep reading to see more pictures and find out where to find more details about this beautiful felt project! You can see all the instructions and details here on The Crafts Dept blog A few other fun pictures of the process: Images: Martha’s Crafts Department Blog Other post of mine you might like: The Best Thing to Happen to Your Baby’s Feet This Winter! Zara Kids Winter Collection Snow Bricks!