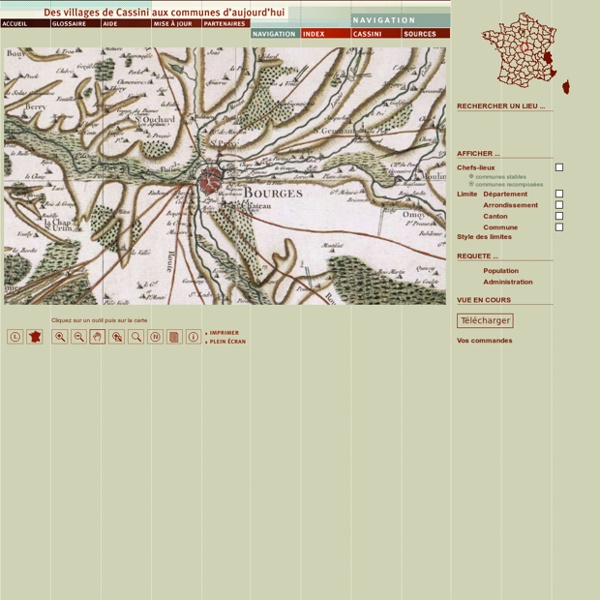 On the hunt for universal intelligence How do you use a scientific method to measure the intelligence of a human being, an animal, a machine or an extra-terrestrial? So far this has not been possible, but a team of Spanish and Australian researchers have taken a first step towards this by presenting the foundations to be used as a basis for this method in the journal Artificial Intelligence, and have also put forward a new intelligence test. "We have developed an 'anytime' intelligence test, in other words a test that can be interrupted at any time, but that gives a more accurate idea of the intelligence of the test subject if there is a longer time available in which to carry it out", José Hernández-Orallo, a researcher at the Polytechnic University of Valencia (UPV), tells SINC.

Civitates orbis terrarum - Braun and Hogenberg The first volume of the Civitates Orbis Terrarum was published in Cologne in 1572. The sixth and the final volume appeared in 1617. This great city atlas, edited by Georg Braun and largely engraved by Franz Hogenberg, eventually contained 546 prospects, bird-eye views and map views of cities from all over the world. Braun (1541-1622), a cleric of Cologne, was the principal editor of the work, and was greatly assisted in his project by the close, and continued interest of Abraham Ortelius, whose Theatrum Orbis Terrarum of 1570 was, as a systematic and comprehensive collection of maps of uniform style, the first true atlas. 5 essential rules of self promotion Self-promotion is one of the trickiest and most elusive skills a designer must acquire. Like learning to ride a bicycle, you have to do it to find out how it's done. Nor is it something that can be avoided.

Map Collections Home Page The Library of Congress Search by Keyword | Browse by Geographic Location Index | Subject Index | Creator Index | Title Index The Geography and Map Division of the Library of Congress holds more than 4.5 million items, of which Map Collections represents only a small fraction, those that have been converted to digital form. The focus of Map Collections is Americana and Cartographic Treasures of the Library of Congress. Artificial Brain that can Educate Itself Created by Russian Scientists Image Credit: Shutterstock Artificial Brain that can Educate Itself Created by Russian Scientists Russian scientists are one step closer to crafting full artificial intelligence. A physical model of a brain has been designed, with the ability to educate itself. Tomsk State University in western Siberia housed an international team of scientists who “built mathematical and computer models of the human brain,” said the head of the laboratory, Professor FIT Vladimir Syryamkin. “After that it was designed radio-electronic device comprising perceptrons.

Cartographic Images Home Page This site is sponsored by Henry Davis Consulting as an educational service. Web hosting provided and sponsored by Phoenix.Volant. Please visit our sponsors. Inspiration - Log Cabin layouts - Quilting Tutorial from ConnectingThreads.com by Karen Johnson If you like to design, or have thought about designing your own quilts, or you tend to modify every pattern you buy, then this is exactly the right place for you! I'll show you the block I used and the resulting possible layout(s). As an added bonus, these quilt layouts were designed in EQ6 (Electric Quilt, version 6).

Map Projections To run this applet, you need the version 1.4 or higher of the Java Runtime Environment installed in your computer. A version for Microsoft Windows may be downloaded here (file j2re1.4.exe with 10 Mb). The applet takes some time to be loaded in the first time. Please, be patient. If the applet doesn't start, you may need to change the Java settings in your browser. For the Windows XP, access the option “Java Plug-in” available in the “Control Panel”. petit monde (en 6-D) The "six degrees of separation" model The small-world experiment comprised several experiments conducted by Stanley Milgram and other researchers examining the average path length for social networks of people in the United States. The research was groundbreaking in that it suggested that human society is a small-world-type network characterized by short path-lengths. The experiments are often associated with the phrase "six degrees of separation", although Milgram did not use this term himself. Historical context of the small-world problem[edit] Mathematician Manfred Kochen and political scientist Ithiel de Sola Pool wrote a mathematical manuscript, "Contacts and Influences", while working at the University of Paris in the early 1950s, during a time when Milgram visited and collaborated in their research.