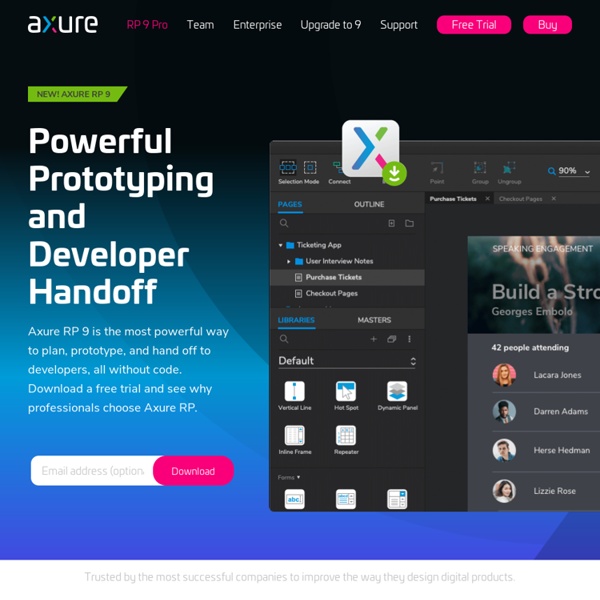 19 of the Best Infographics from 2010 Research can sometimes be a bit of a chore, but when knowledge is wrapped up in charts, cartoons, or even some heart-holding robots, suddenly "information" isn't such a scary word. What do Facebook's 500 million users look like? Who's suing whom in the mobile world? How does FarmVille stack up against actual farms? These questions and more are answered in the infographics below. Have a look through the list and let us know which graphics you liked best (or learned the most from) in the comments below. Survey Shows the Internet Would Have Passed Prop 19Prop 19, California’s controversial bid to legalize marijuana, lost at the polls on Tuesday, but if that vote had been up to the wider web of Internetusers, Prop 19 would have passed.Social Media’s Impact on the Midterm Elections [INFOGRAPHICS]Social media, especially Facebook, had a huge impact on how the U.S. midterm elections were perceived and decided.

linowski.ca Interactive Sketching NotationHelping you tell better stories of interactionPurchase & Download for $44 CAD Watch: How I Sketch - An Intro The Interactive Sketching Notation is a visual language which enables designers to tell more powerful stories of interaction. Through a few simple rules, what the user sees (drawn in greyscale) and does (drawn in red) are unified into a coherent sketching system. Intended for Adobe Illustrator, but friendly towards Photoshop & Balsamiq. Less DocumentationHaving merged flows, user stories, sketches and wireframes into one document, it is easier to maintain your work with the notation. Inside the Template - version 1.5 Icons: 100 common interface sketch style icons for faster concepting Components: various predesigned components and elements ready for dragging and dropping ISN + MicroPersonas Bundle for $59 Get the Interactive Sketching Notation + MicroPersonas at a discount.

Ontology is Overrated -- Categories, Links, and Tags Ontology is Overrated: Categories, Links, and Tags This piece is based on two talks I gave in the spring of 2005 -- one at the O'Reilly ETech conference in March, entitled "Ontology Is Overrated", and one at the IMCExpo in April entitled "Folksonomies & Tags: The rise of user-developed classification." The written version is a heavily edited concatenation of those two talks. Today I want to talk about categorization, and I want to convince you that a lot of what we think we know about categorization is wrong. In particular, I want to convince you that many of the ways we're attempting to apply categorization to the electronic world are actually a bad fit, because we've adopted habits of mind that are left over from earlier strategies. I also want to convince you that what we're seeing when we see the Web is actually a radical break with previous categorization strategies, rather than an extension of them. PART I: Classification and Its Discontents # Q: What is Ontology? And yet. Domain

Fritzing Cogito » Blog Archive » The Ontology Myth For the past year, I have been observing a phenomenon in the US market, that of the spread of the ‘myth’ of ontology. Ontologies are important elements for understanding text through semantic analysis, but they are insufficient (and, often, not even necessary) to resolve the problem of how to handle unstructured knowledge. Nonetheless, according to this ‘idea,’ they say that if you have a complete ontology, you don’t need anything else. Instead, semantic technology should be able to do it all automatically (for example, the typical activities correlated to knowledge management activities such as automatic categorization and discovery of knowledge and relationships between data). This assumption lacks substance, and even if I understand the reasons why this idea has spread (in the end, we are all always searching for fast and automatic solutions) it is important to explain the reality (which is completely different from the utopic view that some would have you believe). 0Share

OLIMEX Ltd. - Electronic Design and PCB sub-contract assembly OEM/ODM service How JavaScript & HTML5 Are Remaking the Web The Future Web Series is supported by Elsevier's SciVerse Application Marketplace and Developer Network. The SciVerse applications platform enables developers to build apps based on trusted scientific content. Learn more. HTML5 is no longer just a buzz word. With browsers implementing more HTML5 features across platforms and devices, developers are starting to integrate many of the new features and frameworks into their web apps, websites and web designs. Although HTML5 is its own standard, the power of HTML5 is really only best realized with the use of CSS 3 and JavaScript. Graphics libraries like WebGL can extend JavaScript, allowing for the creation of interactive 3D graphics within the browser all while utilizing the plugin-free nature of the HTML canvas element. WebGL Brain Surface and Tractography Viewer Using JavaScript, jQuery and WebGL, developers at Children's Hospital Boston created the Brain Surface and Tractography Viewer. Google Body Browser MathBoard Lost World's Fairs

Responsive Web Design The English architect Christopher Wren once quipped that his chosen field “aims for Eternity,” and there’s something appealing about that formula: Unlike the web, which often feels like aiming for next week, architecture is a discipline very much defined by its permanence. Article Continues Below A building’s foundation defines its footprint, which defines its frame, which shapes the facade. Each phase of the architectural process is more immutable, more unchanging than the last. Creative decisions quite literally shape a physical space, defining the way in which people move through its confines for decades or even centuries. Working on the web, however, is a wholly different matter. But the landscape is shifting, perhaps more quickly than we might like. In recent years, I’ve been meeting with more companies that request “an iPhone website” as part of their project. A flexible foundation#section1 Let’s consider an example design. Becoming responsive#section2 responsive architecture .

5 Website Features You Can Easily Offload to Reduce Costs This post originally appeared on the American Express OPEN Forum, where Mashable regularly contributes articles about leveraging social media and technology in small business. The term "offload" or "offloading" in information technology and computer science refers to the transfer of something from your system to an external system. In the context of websites, your system is your website (and your web servers/web host), and the external system consists of third-party web services such as Google Analytics or Shopify. This article suggests five common site features that you can host elsewhere. Why You Should Or Shouldn't Offload There are advantages and disadvantages to having parts of your website catered to by third-party web services. Pros of Offloading Reduced Cost: Whether it's lower web server costs, fewer employee hours to commit to maintenance and management, the web solutions listed below will generally lead to cost reductions. Cons of Offloading 1. 2. 3. 4. 5.

How to Embed Almost Anything in your Website Learn how to embed videos, mp3 music, Flash videos (both swf and flv), pictures, fonts, spreadsheets, charts, maps and everything else into your blog or website. Learn how to embed almost anything in your HTML web pages from Flash videos to Spreadsheets to high resolution photographs to static images from Google Maps and more. Embed RSS Feeds in Web Pages Go to this page, replace the feed URL with your own feed, use the default color scheme or change it to something else and then click Get Code. If you like to embed feeds from multiple sources, merge all of them into one using Yahoo Pipes and then pass the combined feed to the Google Gadget. Embed High Quality or HD YouTube Videos To embed a high resolution version of YouTube clip in your web pages, first make sure that “Watch in High Quality” or “Watch in HD” link exists next to the YouTube player as most videos are only available in standard format. Embed MP3 music and other Audio Embed Flickr Photos and Slideshows Embed Picasa Web Albums