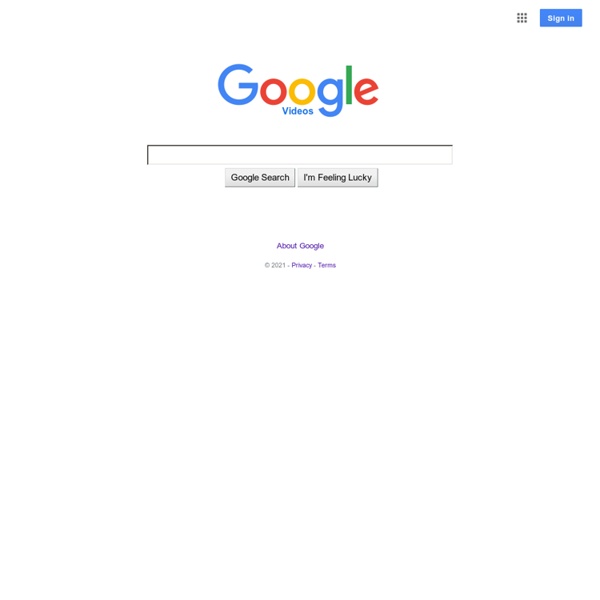 Add and use a Wiki tab in Teams - Office Support The Wiki tab is a smart-text editor that doubles as a communication machine where you draft, edit, and chat all in one place. In this article Create a Wiki tab Every channel comes with a Wiki tab. Definition of Image by Merriam-Webster im·​age| \ ˈi-mij 1a : a visual representation of something: such as (1) : a likeness of an object produced on a photographic material Clustering Engine Carrot2 Search Results Clustering Engine Carrot2 organizes your search results into topics. With an instant overview of what's available, you will quickly find what you're looking for. Choose where to search: Type your query:

Glenn D. Wilson: Whatever Turns You On Bio Dr. Glenn Wilson As well as being one of Britain's best-known psychologists, Glenn Wilson is the Visiting Gresham Professor of Psychology. He has appeared on numerous television and radio programs and has published more than 150 scientific articles and 33 books. He is an expert on individual differences; social and political attitudes; sexual behavior, deviation and dysfunction; and psychology applied to the performing arts. The Pirate Bay is immune to SOPA This site may earn affiliate commissions from the links on this page. Terms of use. Over on Techdirt, Mike Masnick has pointed out the mother of all ironies: The Pirate Bay, one of the largest outlets of copyright infringement, would be immune to the takedown tendrils of the imminently incoming Stop Online Piracy Act (SOPA). Apparently it all comes down to the fact that The Pirate Bay has a .org domain — and according to Masnick, the current version of the SOPA bill working its way through congress excludes American domestic domains from being the target of takedown notices from copyright holders.

Comparison of BitTorrent sites There are many different BitTorrent websites. They typically contain multiple torrent files and an index of those files. In a typical scenario, a user would enter such a site and browse or search for the content they desire, based on the torrent descriptions posted at the site by other users. If a torrent with the sought content is found, the user could download that torrent. Such websites each have different features to facilitate the user's search. Features[edit] Instant messaging Form of communication over the Internet Instant messengers by protocol We hope that you won’t look away.

The Pirate Bay The Pirate Bay (commonly abbreviated TPB) is a website that provides magnet links to facilitate peer-to-peer file sharing using the BitTorrent protocol. The Pirate Bay is the most-used File Sharing site on the World Wide Web. [2]It was founded in Sweden in 2003. In 2009, the website’s founders were found guilty in Sweden for facilitating illegal downloading of copyrighted material. In some countries, ISPs have been ordered to block access to the website. Since then, proxies have been made all around the world providing access to The Pirate Bay.[3]

What is Videoconferencing? Videoconferencing (or video conference) means to conduct a conference between two or more participants at different sites by using computer networks to transmit audio and video data. For example, a point-to-point (two-person) video conferencing system works much like a video telephone. Each participant has a video camera, microphone, and speakers mounted on his or her computer. As the two participants speak to one another, their voices are carried over the network and delivered to the other’s speakers, and whatever images appear in front of the video camera appear in a window on the other participant’s monitor. Multipoint videoconferencing allows three or more participants to sit in a virtual conference room and communicate as if they were sitting right next to each other. Until the mid 90s, the hardware costs made videoconferencing prohibitively expensive for most organizations, but that situation is changing rapidly.

isoHunt For years isoHunt's founder had been in legal battles with conglomerates of IP rights holders over allegations of copyright infringing activity. A settlement with MPAA was reached in 2013, that stipulated $110 million reimbursement for damages and the site's closure that followed on October 21, 2013. By the end of October, 2013 two sites with content presumably mirrored from isohunt.com were reported in computer media. One of them — isohunt.to — became a de facto replacement of the original site.

I'm not familiar with Google Video, but my colleagues who work solely in video seem to prefer Vimeo for its quality over YouTube. by andreab1 Oct 17

How would Google Video compare with YouTube? by williamellerbe Oct 8