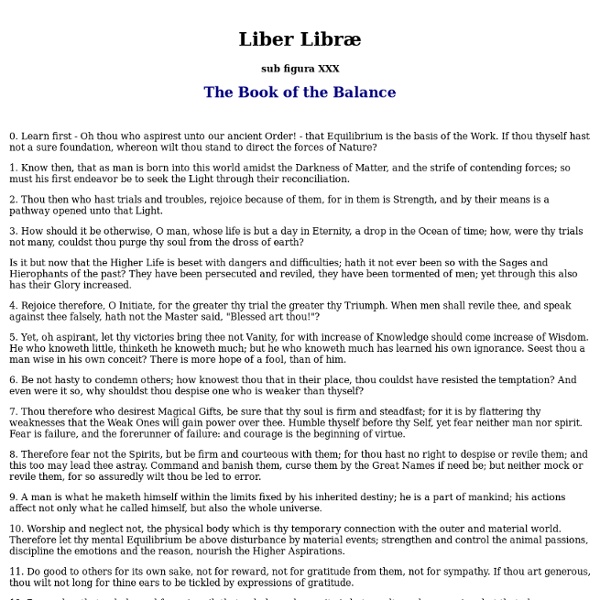 Early Christian Writings: New Testament, Apocrypha, Gnostics, Ch 10 Websites To Make You Think | The Online Learning Blog from Study2U Supposedly browsing the internet requires more brain power than watching television. Although judging from some of the websites we’ve come across that assumption is cast into doubt. Here’s some of the sites we like that might get your brain to sit up and listen. Ted A conference that started in 1984 bringing together experts in technology, entertainment and design quickly grew into so much more. New Scientist The New Scientist website carries new articles from the magazine as well as the NS archive of over 76,000 pieces. Big Think The Big Think website is a collection of ‘global thought leaders’ who offer their thoughts and analysis on world events and other important developments. Café Scientifque ‘for the price of a cup of coffee or a glass of wine, anyone can come to explore the latest ideas in science and technology’ Breathing Earth This fantastic website by David Bleja demonstrates CO2 emissions and world population growth in real time on a global map. Arts & Letters Daily How Stuff Works

Tarot - Tarot Cards, Meanings, Readings & Community Liber AL vel Legis Liber ALvelLegis sub figurâ CCXX as delivered byXCIII = 418toDCLXVI A∴A∴ Publication in Class A Introduction IThe Book 1. The Author called himself Aiwass, and claimed to be “the minister of Hoor-Paar-Kraat”; that is, a messenger from the forces ruling this earth at present, as will be explained later on. How could he prove that he was in fact a being of a kind superior to any of the human race, and so entitled to speak with authority? 2. The study of these passages necessarily demands supreme human scholarship to interpret— it needs years of intense application. This matter is best studied under the Master Therion, whose years of arduous research have led him to enlightenment. On the other hand, the language of most of the Book is admirably simple, clear and vigorous. 3. 4. IIThe Universe This Book explains the Universe. The elements are Nuit— Space— that is, the total of possibilities of every kind— and Hadit, any point which has experience of these possibilities. IIIThe Law of Thelema*

20 Obsolete English Words that Should Make a Comeback Photo: Katherine Hodgson If we all start using them, these words can be resurrected. DURING MY UNDERGRADUATE studies as a Linguistics major, one of the things that struck me most is the amazing fluidity of language. New words are created; older words go out of style. Words can change meaning over time, vowel sounds shift, consonants are lost or added and one word becomes another. Living languages refuse to be static. The following words have sadly disappeared from modern English, but it’s easy to see how they could be incorporated into everyday conversation. Words are from Erin McKean’s two-volume series: Weird and Wonderful Words and Totally Weird and Wonderful Words. 1. Verb trans. – “To confuse, jumble” – First of all this word is just fun to say in its various forms. 2. 3. Verb trans. – “To scrape together; to gather together from various sources” – I’m sure this wasn’t the original meaning of the word, but when I read the definition I immediately thought of copy-pasting. 4. 5. 6. 7.

Harmonious Awakening | Dennis Lewis: Explorations into Breath, Awakening, and the Wholeness of Life Opening Your Third Eye The Activation, Its Passive Usage Two exercises are given below: Mirror Watching A Single Person Watch your face in a mirror, with dimmed light. Again, watch your face, relax yourself by a calming suggestion such as, "I'm in peace within myself, I simply watch my face to calm and find peace in me". Don't move with your sight or blink your eyes, because it's necessary to allow your attention to move away from your physical eyes toward your inner eye. Choose a point on your face you focus, and don't change it anymore. The warmth is energy, which you attract by refocusing your attention. After some moments you may see a short change in your own face, starting at the point you are looking at. You have to release the attention to watch with your physical eyes. The change of your own face, is an overlapping picture which reaches your consciousness, the one picture served from your physical eyes will be smoothly overlapped like a slide by another face, another presence.

Rare Metaphysical Books - The VOICE OF ISIS pages 1-13 'The Path' and pages 14-19 'Meaning of the Symbol' Voice of Isis - by the Order of Christian Mystics - 1926 Voice of ISIS: CHAPTER XXXIV. The Meaning of the Symbol The Seal consists of a double triangle inscribed in a circle, with an open Eye in the center and three five pointed stars in the spaces between the sides of the triangle and the circle. The circle represents Boundless Space and limitless Time in Eternity. In one sense it is the circle of the Zodiac (the pathway of our solar system) from the twelve Gates or Houses of which issues the radiant light of The Christos represented as focused in the center of the Open Eye. Thus the All-seeing Eye (the Absolute) sheds its seven-fold creative rays within its creations.