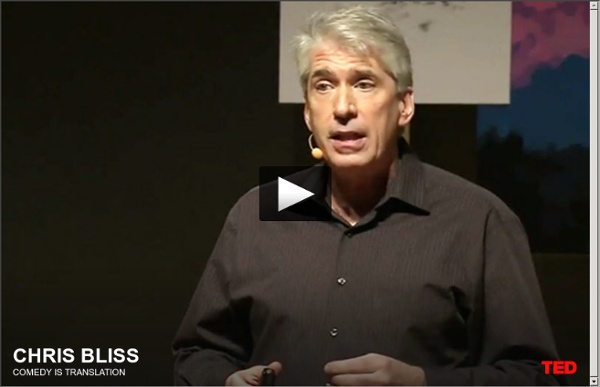 The 10 Best TED Talks of 2011 Watching videos online is usually considered fun, but generally a waste of time. Not so with TED videos, which are uniformly interesting, educational, inspiring, and enjoyable. If you haven't spent much time (or any) checking out TED videos, you should – and to help with that, I've compiled what seem to be the very best 10 TED videos of 2011. It was a grueling task, combing through the cream of the crop on the TED site, but somebody had to do it. Some of the talks may have been filmed prior to 2011 but all of the talks here were posted in 2011. How I Became 100 Artists You don't need to be an artist to appreciate Shea Hembrey's "How I became 100 artists," but if you are it's even more amazing. A Modern Take on Piano, Violin, Cello If music is more your thing, then the "Modern Take on Piano, Violin, Cello" entry from the Ahn Trio is a must-watch (and listen). 3 Things I Learned While My Plane Crashed Learning experiences like this, I could do without. How to Spot a Liar Your Favorites?

WHCD: President Obama, Jimmy Kimmel roast Secret Service, Washington elite, each other | The Ticket President Obama high-fives Jimmy Kimmel at the White House Correspondents' Association Dinner, April 28, 2012. … WASHINGTON, D.C.--Jimmy Kimmel and President Obama skewered the Secret Service, Washington's political and media elite--and each other--at the 98th White House Correspondents' Association dinner on Saturday night at the Washington Hilton. And it seemed no one at the annual gathering of media, celebrities and politicians was off limits. During his speech, Obama took a jab at the now-infamous Summit of the Americas that sparked the Secret Service sex scandal earlier this month. "Jimmy got his start on 'The Man Show,'" Obama noted of the evening's host. [ SLIDESHOW: Red-carpet arrivals at WHCD 2012 ] Last year's dinner occurred on the eve of Osama bin Laden's killing, and the anniversary proved to be fodder for several jokes. "Who will it be this year?" The president also made several jokes about his increasingly gray hair, predicting in four years he'll look like Morgan Freeman.

Nick Hanauer on the TED talk, income inequality controversy Kai Ryssdal: There was a story this week about income inequality and politics and the economy that got a decent amount of buzz. A guy named Nick Hanauer -- I should say a rich venture capitalist named Nick Hanauer -- gave a TED talk, those three- or four-minute big ideas talks that started as part of a conference called Technology, Entertainment and Design, TED. They're taped and a lot of them are posted online. But we called Nick Hanauer anyway to ask why income inequality raises so many partisan hackles. Nick Hanauer: It's great to be with you. Ryssdal: So let's stipulate that wealth and poverty in this country, income and equality, has become partisan -- which it obviously has. Hanauer: I think that's a great and very important question and I wish that I had a good answer to it. Hanauer: Yeah, not a great way to grow your friend group. Ryssdal: What happens now in this whole debate, Nick? Hanauer: Very pleased to be here.

Lindsay Lohan Makes a Messy Surprise Appearance on ‘Jimmy Fallon’ Lindsay Lohan (Lloyd Bishop/NBC/NBCU Photo Bank) Lindsay Lohan didn’t want to sit down for a prying interview with Barbara Walters, but she had no problem appearing on “Late Night With Jimmy Fallon” Wednesday night – probably because she didn’t have to utter a single word! [Related: Why Lindsay Lohan likely snubbed Barbara Walters for Jay Leno] The 26-year-old “Liz & Dick” star was a surprise guest on the NBC talk show, popping up during Fallon’s "Let Us Play With Your Look" segment, in which he sings those six words over and over while a celebrity guest gives an audience member a messy makeover. Moments after Fallon started crooning, Lohan – who drastically played with her look for the bit – appeared dressed in all white, including a blunt-cut bob wig with bangs. Fallon ultimately collapsed from his energetic singing performance and was pulled off the stage. [Related: Dina Lohan: I'm Proud Lindsay Came Clean After Lying] (Lloyd Bishop/NBC/NBCU Photo Bank) Not as easy as Fallon though!