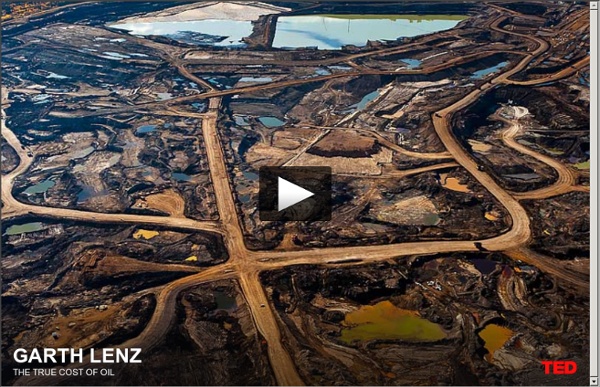 DER KLIMA – LÜGENDETEKTOR Mycologists So-Called Life Box - Environment - GOOD The resourceful mycologist (that's a fungi-studier) Paul Stamets has made cardboard packaging that can be planted and will grow into trees. It's called the Life Box. The Life Box suite of products builds upon the synergy of fungi and plants by infusing spores and seeds together inside of packaging materials that can be planted. The Tree Life Box is made of recycled paper fiber. In this fiber, we have inserted a wide variety of tree seeds, up to a hundred, dusted with mycorrhizal fungal spores. The mycorrhizal fungi protect and nurture the young seedlings. Here's a video of Stamets (wearing a hat that makes him look a little like a mushroom himself) explaining how the Life Box works on local San Francisco news. If you run a company that could use these instead of normal cardboard, I will happily post about how responsible you are if you pledge to switch to these things. Via Core77

Waste Vegetable Oil Conversions - www.greenconversion.net Straight Vegetable Oil Conversion Includes: 3-way solenoid valve (for switching fuels) including the necessary brass hose barb fittingsSVO switch (energizes the temperature switch & switched automatically when minimum temp is reaches).LED Indicator light indicating when switched to svo2 x 10 plate Stainless Steel Heat exchangers (one prior to filters, one prior to injection pump - insures warm veg oil always delivered to a warm injection pump).High capacity oil filter, clear bowl with drain-cocks for draining water/sludge/impurities.Comes pre-wired and tested SVO Controller (switch and indicator light come mounted inside a grey Condulette (see picture above) for mounting inside your vehicle. The only wiring necessary is to connect the supplied leads to 12 volts (pos and ground). The 3-way valve will come connected but may require being disconnected for installation. NOTE: Kit is not assembled.

Subsea cable rivals quiet on progress Last updated 05:00 19/11/2011 Supplied YELLOW SUBMARINE: A rover used to repair submarine communications cables aboard the cabling-laying ship Ill de Ree. The two companies vying to lay new submarine communications cables to New Zealand to break the Southern Cross Cable's near monopoly over international internet links have failed to report any progress in the past two months. But InternetNZ chief executive Vikram Kumar said broadband users frustrated by the relatively meagre data caps offered by internet providers and hoping for more competition should not be too concerned. While it would be in the companies' interests to keep updating the market, "it would be a good sign if people have their heads down working," he said. Pacific Fibre, a company backed by entrepreneurs Sam Morgan, Sir Stephen Tindall and Rod Drury, announced plans last year to build a US$400 million (NZ$527 million) fibre-optic cable between the United States, Australia and New Zealand. - © Fairfax NZ News

Part of Nature cartoon by Stuart McMillen - Recombinant Records This cartoon is heavily influenced by the books Natural Capitalism - Paul Hawken, Amory Lovins and Hunter Lovins (1999) and Mid-Course Correction - Ray Anderson (1998). It is also in the same vein as the flash animation "The Story of Stuff" by Annie Leonard, which I watched when I was about 90% of the way through the drawing process. Back to post / website. View/add comments for this article.Part of Nature by Stuart McMillen. Gulf seafood deformities alarm scientists - Features New Orleans, LA - "The fishermen have never seen anything like this," Dr Jim Cowan told Al Jazeera. "And in my 20 years working on red snapper, looking at somewhere between 20 and 30,000 fish, I've never seen anything like this either." Dr Cowan, with Louisiana State University's Department of Oceanography and Coastal Sciences started hearing about fish with sores and lesions from fishermen in November 2010. Cowan's findings replicate those of others living along vast areas of the Gulf Coast that have been impacted by BP's oil and dispersants. Gulf of Mexico fishermen, scientists and seafood processors have told Al Jazeera they are finding disturbing numbers of mutated shrimp, crab and fish that they believe are deformed by chemicals released during BP's 2010 oil disaster. Eyeless shrimp Tracy Kuhns and her husband Mike Roberts, commercial fishers from Barataria, Louisiana, are finding eyeless shrimp. "We've fished here all our lives and have never seen anything like this," he added.

Ozone Hole Watch 1ℓimit - Faucet Design by Yonggu Do, Dohyung Kim & Sewon Oh & Yanko Design One Liter Limited 1ℓimit faucet looks more like an elegant test tube inverted on top of a tap. The glass tube holds exactly one liter of water, sufficient for a quick handwash. The theory being that we waste almost six liters of water and use only one, while washing hands. TransCanada Decides its Own Verdict | Independent Texans TransCanada Decides its Own Verdict and Demands Writ of Possession for Land along Keystone XL Pipeline Path TransCanada takes possession of farmer’s land and announces the results of trial on the Canadian National Broadcasting Network … all before the presiding Judge makes a final ruling. PARIS, TX – In an interview aired on Canadian National Broadcasting Network on Monday, newscasters read a statement from TransCanada stating that: “..On the issue of the common carrier status the ruling by Judge Harris reaffirms that TransCanada is a common carrier.” In direct contrast with TransCanada’s public statement, last Friday in the Lamar County Courthouse, Judge Bill Harris announced first thing that there would not be a ruling in his courtroom. Judge Harris has not ruled on the Crawford family’s case. Even though TransCanada has not proven their common carrier status, they did receive a writ of possession at the last hearing. In Denbury Green vs.