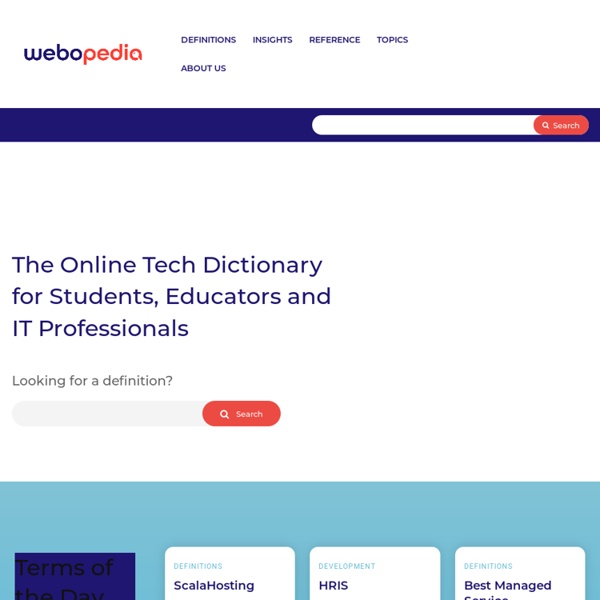 World Wide Web Consortium (W3C) Banana Four varieties of banana fruit Worldwide, there is no sharp distinction between "bananas" and "plantains". Especially in the Americas and Europe, "banana" usually refers to soft, sweet, dessert bananas, particularly those of the Cavendish group, which are the main exports from banana-growing countries. The term "banana" is also used as the common name for the plants which produce the fruit.[1] This can extend to other members of the genus Musa like the scarlet banana (Musa coccinea), pink banana (Musa velutina) and the Fe'i bananas. Description A banana corm, about 25 cm (10 in) across The female flowers (which can develop into fruit) have petals and other flower parts at the tip of the ovary (the ovary is "inferior"). The banana fruits develop from the banana heart, in a large hanging cluster, made up of tiers (called "hands"), with up to 20 fruit to a tier. Etymology Taxonomy Banana 'tree' showing fruit and inflorescence. Bananas and plantains Historical cultivation Early cultivation

RSS 2.0 Specification (version 2.0.11) RSS 2.0 Specification Archivist's Note: This is version 2.0.11 of the RSS 2.0 specification, published by the RSS Advisory Board on March 30, 2009. The current version of the RSS spec will always be available at this link, all changes have been logged and other revisions have been archived. Contents What is RSS? RSS is a Web content syndication format. Its name is an acronym for Really Simple Syndication. RSS is a dialect of XML. A summary of RSS version history. At the top level, a RSS document is a <rss> element, with a mandatory attribute called version, that specifies the version of RSS that the document conforms to. Subordinate to the <rss> element is a single <channel> element, which contains information about the channel (metadata) and its contents. Sample files Here are sample files for: RSS 0.91, 0.92 and 2.0. Note that the sample files may point to documents and services that no longer exist. About this document RSS documents can be tested for validity in the RSS Validator. Example:

Godwin's law Mike Godwin (2010) Godwin's law (or Godwin's Rule of Nazi Analogies)[1][2] is an Internet adage asserting that "As an online discussion grows longer, the probability of a comparison involving Nazis or Hitler approaches 1" [2][3]—​ that is, if an online discussion (regardless of topic or scope) goes on long enough, sooner or later someone will compare someone or something to Hitler or Nazism. Promulgated by American attorney and author Mike Godwin in 1990,[2] Godwin's Law originally referred, specifically, to Usenet newsgroup discussions.[4] It is now applied to any threaded online discussion, such as Internet forums, chat rooms and blog comment threads, as well as to speeches, articles and other rhetoric.[5][6] In 2012, "Godwin's Law" became an entry in the third edition of the Oxford English Dictionary.[7] Corollaries and usage[edit] History[edit] Godwin has stated that he introduced Godwin's law in 1990 as an experiment in memetics.[2] See also[edit] Notes[edit] Further reading[edit]

The Oracle of Bacon Gutenberg–Richter law Gutenberg–Richter law for b = 1 In seismology, the Gutenberg–Richter law[1] (GR law) expresses the relationship between the magnitude and total number of earthquakes in any given region and time period of at least that magnitude. or Where: is the number of events having a magnitude and are constants The relationship was first proposed by Charles Francis Richter and Beno Gutenberg. GR law plotted for various b-values The constant b is typically equal to 1.0 in seismically active regions. There is debate concerning the interpretation of some observed spatial and temporal variations of b-values. Roll-off compared to ideal GR law with b=1 There is a tendency for the b-value to decrease for smaller magnitude events. The a-value is of less scientific interest and simply indicates the total seismicity rate of the region. where, the total number of events. Modern attempts to understand the law involve theories of self-organized criticality or self similarity. References[edit] Bibliography[edit]

Trees could be the ultimate in green power - tech - 10 September 2009 Shoving electrodes into tree trunks to harvest electricity may sound like the stuff of dreams, but the idea is increasingly attracting interest. If we can make it work, forests could power their own sensor networks to monitor the health of the ecosystem or provide early warning of forest fires. Children the world over who have tried the potato battery experiment know that plant material can be a source of electricity. In this case, the energy comes from reduction and oxidation reactions eating into the electrodes, which are made of two different metals – usually copper and zinc. The same effect was thought to lie behind claims that connecting electrodes driven into a tree trunk and the ground nearby can provide a current. Practical power While proving that trees can provide a source of power is a significant step, a key question remains: can the tiny voltage produced by a tree be harnessed for anything useful? Green power race More From New Scientist Promoted Stories Gmail is....OUT!

Get a Medical Marijuana Card, Lose Your Second Amendment Rights If you are a medical marijuana patient in one of the 16 states (plus the District of Columbia) that allow for it, you’ve got reason to believe lately that the government has it in for you. You’ve got federal raids on the places where you can conveniently buy your medicine, the governor of Arizona trying to overturn in court her citizens’ choice to institute a medical marijuana system, and Michigan’s attorney general trying to make life as hard as he can for those using the system his state’s voters approved by 63 percent in 2008. And while it isn’t directly the government’s fault, doctors are taking people off liver transplant waiting lists for using medical pot. It isn’t just that the government on both the federal and state level doesn’t want you to be able to legally and conveniently obtain your medicine, if that medicine is pot. Nevada licenses medical pot users. Wilson thinks that this BATFE policy violates her Second Amendment rights. As the suit says, “Ms.

Plastic converts raindrops to electricity The pitter-patter of raindrops on a plastic panel could be a new source of electricity thanks to work done by researchers at France’s Atomic Energy Commission (CEA) in Grenoble. While humans have harnessed the power of rain for thousands of years, energy is usually extracted from rainwater as it flows downhill in a river or stream. Now, Jean-Jacques Chaillout and colleagues have created a panel that converts the impact energy of falling raindrops directly into electricity. Their device uses a plastic called polyvinylidene fluoride (PVDF) that vibrates when struck by raindrops. Impact energies The team studied several different types of rainfall and found that drizzle produced millimeter-wide droplets with an impact energy of around 2 µJ, while a downpour involved drops that were about 5 mm across and produced an impact energy five hundred times greater. The team settled on a device based on a 10 cm strip of PVDF just 25 µm thick, which they then built and tested (Smart Mater.

Seattle's Smoking This Sunday At MEDFEST Will Washington state medical marijuana patients lose the right to drive? Will they lose the right to grow their own medicine? Will state stores start selling pot instead of, or in addition to, hard liquor? You can inform yourself on all those questions -- and also have a blast -- this Sunday, December 18, from 2 to 10 p.m. at the political pot party MEDFEST, which will be hosted at SODO Pop, 2424 1st Avenue South in Seattle, just north of Lander Street. ​Among the guests of honor will be U.S. Master of ceremonies will be Hempfester and legendary Seattle activist Vivian McPeak, and a Hempfest table will be at the event, where copies of McPeak's book Protestival: A 20 Year Retrospective of Seattle Hempfest will be offered for sale. (It apparently never occurred to them to invite me, so me and my little book will be sitting here at the house, LOL.) Patients are invited to come to MEDFEST to learn the latest news from medical and legal experts, and also to have a blast while they're at it.

Courage Courage is the capacity to meet the anxiety which arises as one achieves freedom. It is the willingness to differentiate, to move from the protecting realms of parental dependence to new levels of freedom and integration. ~ Rollo May Courage, also called fortitude, is the ability to confront fear, pain, danger, uncertainty or intimidation. It can be divided into "physical courage" — in face of physical pain, hardship, and threat of death — and "moral courage" — in the face of shame, scandal, and discouragement. See also: Bravery Valor Quotes[edit] Courage is the main quality of leadership, in my opinion, no matter where it is exercised. Whereas moral courage is the righting of wrongs, creative courage, in contrast, is the discovering of new forms, new symbols, new patterns on which a new society can be built. ~ Rollo May The courage of life is often a less dramatic spectacle than the courage of a final moment; but it is no less a magnificent mixture of triumph and tragedy.