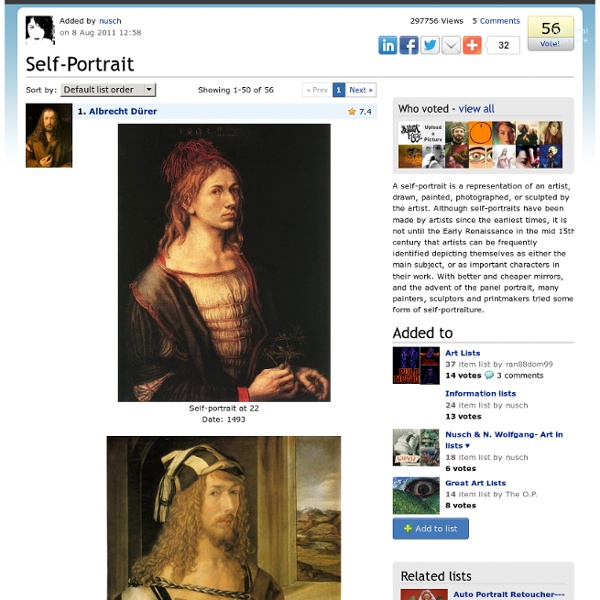 Matt Wisniewski "The Easy Guide To Understanding Copyright" by Peter Hill Contents 1. Introduction2. Disclaimer3. 1. Since joining RB a few years ago, I have observed and participated in discussions on copyright and related topics. The Who Gives A Shit Attitude is displayed by rip-off uploads, with either no thought and/or care given about the possibility that their actions are breaching someone’s copyright and thus in breach of their own RB membership terms. The other extreme is the Overly Cautious Approach. The two extremes are impossible to reconcile without pulling apart RB, but I am motivated to write this Journal in an attempt to bring them together to some extent. My approach in (hopefully) explaining copyright is step-by-step, but is focused on the issue as it relates to being a member of RB. I conclude this Journal by briefly recounting some of my own background and professional experience with copyright issues. 2. This Journal does not constitute legal advice. All links provided in this Journal were working as of 13 March 2011. Now we can begin. 3.

Lackadaisy Expressions - StumbleUpon Boy, I didn't know what I was getting myself into when I started this. I've had requests for some sort of expressions tutorial dating back a while now, so I figured, "Sure! I can explain expression drawing...and it'll be way better than all those tutorials out there that are nothing but charts of generic expressions. Yeah! Um. Anyway, I found all I could really do was try to explain ways to teach yourself...and then add some pictures. The Paper Architecture of Ingrid Siliakus | Oddity Central - Collecting Oddities - موزيلا فَيَرفُكس Ingrid Siliakus carefully cuts and folds layers upon layers of paper, to create some of the most amazing origami building designs. The Dutch artist has been fascinated with paper architecture, ever since she first set eyes on the work of Japanese professor, Masahiro Chatani, who invented this art form, in the early 1980s. She studied his artworks for years, before starting to create paper buildings, herself. Over the years, her skilled improved, and she began making origami replicas of some of the most famous structures in the world, like the Colosseum of Rome, the Sagrada Familia cathedral, or the Palace Del Marques De Salamanca. Paper architecture is so incredible, because the artist is basically creating a beautiful design, from a single sheet of paper. Check out more of Ingrid Siliakus’ incredible origami masterpieces, on her online gallery, and her Flickr stream. Reddit Stumble

Clever Illustrations to Brighten Up Your Day The Daily Grind While we're always on the hunt for mind-blowing, massively creative art, we're just as happy when we come across clever illustrations that can just brighten up our day. Threadless just released one of Jaco Haasbroek's funny works, called The Daily Grind, as a featured t-shirt on their website (see above). The Capetown, South Africa-based illustrator sure has a sweet and silly sense of humor. Consider us fans. Break Fast So Fresh! Box The Ever-Reliable Abacus Cannonball! The Thinker The Sweet Sounds of Nature Serif The Pre-Lightbulb Age Jaco Haasbroek's website

The Only Guide You Will Ever Need to Art Nouveau So a few of you shamelessly encouraged me to discuss Art Nouveau. I don't think you guys even knew what you were getting into. I love Art Nouveau. It's quite easily the single greatest influence on my art and general aesthetic... ever. And because I'm me, I couldn't just be like OH HERE ARE SOME PRETTY PICTURES. I should disclaim, before I start, that I am not an art historian. ART NOUVEAU 101(Or: Everything You Ever Wanted To Know About Art Nouveau But Didn't Know To Ask Because No One Ever Told You How Awesome It Was) Part One: Art Nou-What The Fuck? Chances are, you are asking yourself right now "what the fuck is Art Nouveau?" By Alphonse Mucha That, at least superficially, is your answer. A Brief History of Art Nouveau Let's take a trip back in time. Alphonse Mucha was a beast. The thing about Art Nouveau that makes it so amazing is that it's just so different from everything that came before it. That's a design by Art Nouveau architect Hector Guimard. Print by Katsuka Hokusai Dance

The History of Visual Communication - Ideograms Download slideshow on the arts and crafts of China/Japan >>> Download slideshow >>> Pictograms, ideograms and logograms A pictogram or pictograph is a symbol representing a concept, object, activity, place or event by illustration. Pictography is a form of writing whereby ideas are transmitted through drawing. It is the basis of cuneiform and hieroglyphs. Early written symbols were based on pictograms (pictures which resemble what they signify) and ideograms (pictures which represent ideas). An ideogram or ideograph is a graphical symbol that represents an idea, rather than a group of letters arranged according to the phonemes of a spoken language, as is done in alphabetic languages. A logogram, or logograph, is a single grapheme which represents a word or a morpheme (a meaningful unit of language). Far Eastern Ideogramatic writing systems A Chinese character is a logogram used in writing Chinese, Japanese and Korean . Japanese calligraphy examples from Ukiyo-e to Sumi-e Cuneiforms

:::::: carnovsky :::::: - StumbleUpon RGB Color est e pluribus unus RGB is a work about the exploration of the “surface’s deepness”. RGB designs create surfaces that mutate and interact with different chromatic stimulus. Carnovsky's RGB is an ongoing project that experiments with the interaction between printed and light colours. The resulting images are unexpected and disorienting. See the Wallpapers collections available:

50+ Awesome 3D Street Art Collection (Paintings) | Smash Materials - موزيلا فَيَرفُكس You might have come across 3D chalk art which also known as 3D Street Art and have amazed for a while how it can be. 3D chalk art gives you a three dimensional optical illusion when seen from a certain perspective. If you look at this from a certain angle, you will find it really breathtaking, realistic and captivating. Creating such an illusion of 3D from a two dimensional painting is really an art. See the rest A Cathedral Made from 55,000 LED Lights The Luminarie De Cagna is an imposing cathedral-like structure that was recently on display at the 2012 Light Festival in Ghent, Belgium. The festival was host to almost 30 exhibitions including plenty of 3D projection mapping, fields of luminous flowers, and a glowing phone booth aquarium, however with 55,000 LEDs and towering 28 meters high the Luminarie De Cagna seems to have stolen the show. ( via stijn coppens, sacha vanhecke, sector271)

Arkitypo Is A 3D Printed Alphabet Of Historical Typefaces Ariktypo exhibition slideshow from johnson banks on Vimeo. 3D Printing seems to be constantly in the news lately, with The Pirate Bay recently launching its “Physibles” section dedicated to open-sourcing designs for 3D objects and the world’s first 3D printed jaw being surgically implanted as a replacement jaw for an 83-year-old lady this weekend. Elsewhere in the world of 3D prototyping, johnson banks and Ravensbourne art college have produced—another world first? Arkitypo creates 3D sculptures which explore 26 different alphabets, with each letter representing a typeface that begins with that letter. The idea was to explore and push the boundaries of additive manufacturing, creating ornate, complex designs that test what the technology could do. The alphabet, from A to Z, is below: [via Creative Review] Photos: Andy Morgan

Most Amazing Miniature Food Artworks by Shay Aaron | The Wondrous Design Magazine - StumbleUpon Shay Aaron is a brilliant artist from Israel who makes the most astonishing miniature food jewelry. These foodstuffs look so beautiful that we would desire to eat them. Actually, there’s a whole market out there for miniature food. Not actual stuff you can eat, but beautifully hand made designs of steaks, burgers, pies, vegetables, eggs and pretty much food artworks you can think of. Comments comments

A fried egg gone toast taught me something very interesting... - wave avenue - موزيلا فَيَرفُكس Posted by C on Wednesday, October 12, 2011 · I thought that this was just an ordinary picture of an egg gone toast while being fried. Then I hovered onto the picture to know more what’s behind it. The title of the pic was actually “Hyperrealistic Food Paintings” and I asked myself, “is this a painting?!?!?! Seriously?!?!?!” I looked closely on this sunny-side up egg to see if it’s real painting or real food. It really was a painting, seriously! This guy is the genius behind these exceptional works of art. I hope my paintings will allow the viewer to re-experience reality, to re-discover the essence of the thing that has become so ordinary from its DNA to the level of universal structure, in all its beauty. Not only did I re-experience reality, I was also able to realize one thing. Do you experience that as well? Do you agree with me when I say that anything written or heard on the news largely influence what you see or think of a certain person or celebrity? See you around!