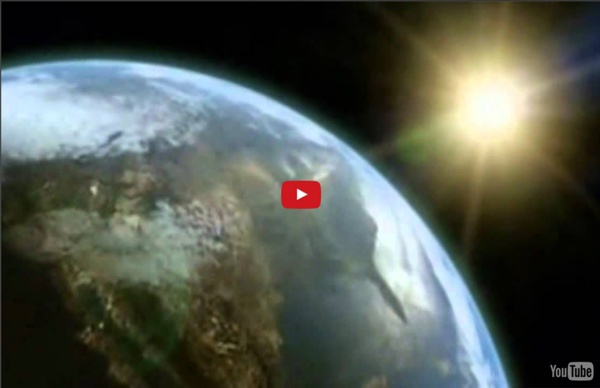 Which star system did YOU originate from? Last updated on July 6, 2011 at 12:00 am EDT by in5d Alternative News * Visit in5D Connection where you can find your soul mate or join one of our amazing groups. EVERYONE is welcome! Which star system did YOU originally come from? The following describes traits and characteristics of specific star systems. To find out your starseed markings, check out this link: How To Find Your Starseed Markings Also, check this one out, too! The following is from Jo Amidon's book, "Where Are You Really From?" Vega Those who have Vega as their planetary origin are self sufficient, independent, proud and strong willed. Those from Vega are travelers who seek variety, challenge and understanding of the many questions they have within. Most from Vega have a strong sense of responsibility, nurturing and caring. Vegans have healing abilities, and may have an affinity for stones and crystals. Sirius Those from Sirius make loyal, trustworthy friends, but expect the same in return. Pvila Pleiades Orion Maldeck Arcturus

Out-Of-Place Artifacts (OOPArt) neurons-to-nirvana-request-a-screening | Mangu.tv: Watch Learn Give Bring NEURONS TO NIRVANA on tour! Would you like to see Neurons to Nirvana in a theater near you ...and make some money in the process? Then you've come to the right place! The process is simple - you pick the time, place and date, and Tugg will reserve the theater and give you a personalized event page for your screening. Then spread the word to your community and let folks know. If there aren’t enough tickets sold, then no one will be charged for the reservation and the screening will be called off. Follow the step-by-step instructions to maximize your promotional efforts and get the most out of your event! If you have any questions, don’t hesitate to reach out to the Tugg team at support@tugginc.com or N2N at n2n@mangu.tv. Now that your event is complete, be sure to follow up with your attendees by sending them a message with the Promoter Messaging tool on Tugg. If people couldn’t make it to the screening, send them back to this page to how to host their own event.

Clifford Stone: The Arcturians – Architects of a New Dawn In light of some comments made to me by Michael Ellegion during my reading with him, The Arcturians play such a crucial role in the unfolding of an “exotic” society which apparently spreads far and wide. It is like what we would think of when visiting The French Riviera. Posted by Steve Beckow on November 27, 2010 Janis passes along an article by Sgt Clifford Stone, known to so many of us as an army translator between ETs and Gaians (terrestrials). Sgt Stone used telepathy to communicate with the galactics. Stone tells us what he knows about the Arcturians. The Arcturians – Architects of a New Dawn by Clifford Stone Arcturus is one of the most advanced civilizations in our entire galaxy. – Edgar Cayce Edgar Cayce has said in his teachings that Arcturus is one of the most advanced civilizations in this galaxy. What’s in a Name: Greek for “Bearkeeper”. Claim To Fame: 4th brightest star in the sky. How Big:

The Williams Enigmalith | Beyond Science | Science Leonardo VintiniEpoch Times Staff Created: March 30, 2009 Last Updated: June 19, 2012 A stone embedded with a three-pronged plug could be either evidence for a technologically advanced ancient civilization or a hoax. (Courtesy of John J. An Oopart (Out Of Place ARTifact) is a term applied to dozens of prehistoric objects found in various places around the world that, given their level of technology, are completely at odds with their determined age based on physical, chemical, and/or geological evidence. In 1998, electrical engineer John J. According to Williams, the curious stone was unearthed during an excursion in a rural location in North America, far from human settlements, industrial complexes, airports, factories, and electronic or nuclear plants. However, Williams explains that his unusual stone is available to any researcher for analysis. The instrument caught in the Petradox has been compared by some investigators to an electronic XLR connector or similar component.

Sound of deep space revealed for first time in stunning new recordings | Science & Tech | News But now you can hear what space itself sounds like – and it’s like the Dawn Chorus of birds singing in spring interspersed with deep bass pulses from the sun. Andrew Williams used data collected by satellites and spacecraft to generate the incredible sound you would hear if you tuned a radio in to outer space. The most compelling recording is the "Dawn Chorus" of electrons hitting our upper atmosphere. They sound like starlings tweeting above a bubbling brook, interrupted by the sun's pulses. The sound was recorded by the Cluster II satellite on the 9th of July 2001 using a Long Wave Radio receiver. The unique recordings are now on display at Leicester University and is Mr Williams is now planning to take his exhibition, Trajectory, on tour. He says the signals were outside the range of human hearing so he had to lower the pitch and filter them to make them audible. The sounds picked up by the Soho spacecraft are so deep that Andrew had to magnify their pitch by 40,000 times.

Pleiades Pleiades The Pleiades also known as M45 or the Seven Sisters, is the name of an open cluster in the constellation of Taurus. It is among the nearest to the Earth of all open clusters, probably the best known and certainly the most striking to the naked eye. The cluster is dominated by hot blue stars, which have formed within the last 100 million years. Observational History The Pleiades are a prominent sight in the Northern Hemisphere in winter and in the Southern Hemisphere in summer, and have been known since antiquity to cultures all around the world, including the Maori and Australian Aborigines, the Chinese, the Maya called them Tzab-ek, the Aztec and the Sioux of North America. The Pleiades (Krittika) are particularly revered in Hindu mythology as the six mothers of the war god Skanda, who developed six faces for each one of them. A Spitzer image of the Pleiades in infrared light, showing the associated dust. Distance Composition Also present in the cluster are several white dwarfs.

2013 January 20 - The Antikythera Mechanism Discover the cosmos! Each day a different image or photograph of our fascinating universe is featured, along with a brief explanation written by a professional astronomer. 2013 January 20 Explanation: What is it? Researchers demonstrate acoustic levitation of a large sphere When placed in an acoustic field, small objects experience a net force that can be used to levitate the objects in air. In a new study, researchers have experimentally demonstrated the acoustic levitation of a 50-mm (2-inch) solid polystyrene sphere using ultrasound—acoustic waves that are above the frequency of human hearing. The demonstration is one of the first times that an object larger than the wavelength of the acoustic wave has been acoustically levitated. Previously, this has been achieved only for a few specific cases, such as wire-like and planar objects. In the new study, the levitated sphere is 3.6 times larger than the 14-mm acoustic wavelength used here. The researchers, Marco Andrade and Julio Adamowski at the University of São Paulo in Brazil, along with Anne Bernassau at Heriot-Watt University in Edinburgh, UK, have published a paper on the acoustic levitation demonstration in a recent issue of Applied Physics Letters. Share Video undefined

The Pleiadians: You Have Chosen to be Human – A Message of Encouragement … The Pleiades are a cluster of beautiful, dazzling stars located in the constellation of Taurus. With a telescope, you can see about one-hundred stars. Without a telescope, you can see only six or seven stars. According to ancient legends, the stars are said to be sisters and the daughters of Atlas. The seven bright stars that helped guide Greek sailors are: Alcyone, Merope, Celeno, Taygeta, Sterope, Electra and Maia. Suppressed Scientific Evidence Proves Free Energy Source Dating Back 25,000 Years Michael Forrester, Prevent DiseaseWaking Times A monumental discovery with four years of comprehensive geo-archaeological research has failed to reach mainstream audiences for some reason. The most active pyramid site in the world dating the pyramid complex back 25,000 years has also released scientific evidence supporting the theory that the pyramids were used as an energy source. Dr. The very first thing world powers do when their control systems are threatened (and they can’t elimate the idea) is they create a misinformation system to make people believe that powerful new or ancient technologies are a hoax. It’s more than time to rewrite our history books, however there are such vast divisions between the old paradigm thinking and the new, that conflicts between the two camps have continued to cause the regression in the understanding of ancient technology rather than its advancement. Take note of the following facts Dr. The energy beam is theorized by Dr. Bosnian Pyramid of the Sun