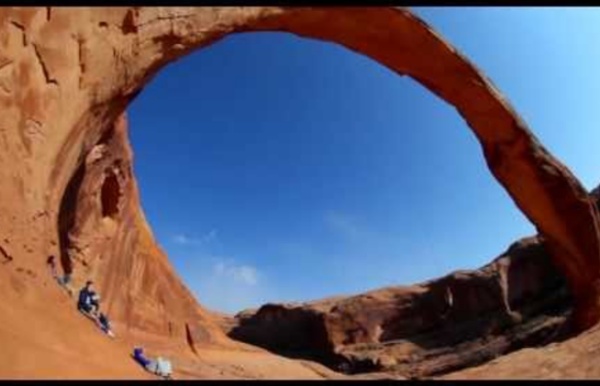 Is science phasing out sleep?" If one can make broad generalizations about humanity based on a single life's view -- and of course one can't -- there appear to be two kinds of people in the world: Those who damn the world for interfering with their nine hours a night, and those who damn the body for being unsatisfied with four. (And then there are those who claim they function perfectly well on two, but according to sleep experts, they're just wrong.) Those who damn the body are in luck: Science is working hard to phase out the need for natural sleep. Human beings have always found ways to ward off the effects of sleep deprivation. Uncovering Grand Central Terminal's Secret Spaces Trains depart every 58 seconds on 63 tracks during rush hour at New York City’s Grand Central Terminal as a crushing mass of humanity passes through its vast central concourse. Last week, we descended into the secret depths and vertigo-inducing heights of the city’s showpiece to see what lays hidden out of sight of most visitors. In this, the deepest, largest basement in all of New York, 2.8 million cubic yards of earth and rock were once removed to create the enormous temple to transportation. When the station opened in 1913, it was the third rail building to stand at that location, but the first to be electrified. Some 70 feet underground, massive converters were required to transform incoming AC power into the DC power needed to power the trains. photo by Seth Teicher

Vidéo JP Auclair Street Segment (from All.I.Can.) Part de JP Auclair extraite du film de 70min : "All.I.Can." de Sherpas Cinema. Acheter le DVD dans notre boutique: Télécharger en HD sur Itunes : itunes.apple.com/us/movie/all.i.can. The Didgeridoo - How To Make A Didgeridoo You might want to try making your own didgeridoo if you're on a tight budget, if you want an inexpensive practice instrument, or if you just have fun making things. Figure 6-1 shows three didgeridoos made by the author -- made of plastic pipe, copper pipe, and bamboo. You can easily make a didgeridoo of your own, tuned to any key you want, with a few basic hand-tools and some inexpensive materials. For example, you can make a plastic pipe didgeridoo in a couple of hours for a total materials cost of less than $10 (US), and without any tools more complex than a hacksaw. By the way, if you scoff completely at the idea of playing a plastic pipe, the Bloodwood CD by Alan Dargin & Michael Atherton (see the Discography page) contains a track of Mr. Dargin doing some rather amazing things with a 2 meter (6 foot) length of plastic electrical conduit.

Danny’s most popular videos « Danny MacAskill Danny’s as a coach? You don’t believe? Check out: Wind Map An invisible, ancient source of energy surrounds us—energy that powered the first explorations of the world, and that may be a key to the future. This map shows you the delicate tracery of wind flowing over the US. The wind map is a personal art project, not associated with any company. We've done our best to make this as accurate as possible, but can't make any guarantees about the correctness of the data or our software. Please do not use the map or its data to fly a plane, sail a boat, or fight wildfires :-) If the map is missing or seems slow, we recommend the latest Chrome browser.

The 20 most-watched TED Talks to date TEDTalks The 20 most-watched TEDTalks (so far) Today, on the fifth birthday of TEDTalks video, we’re releasing a new list of the 20 most-watched TEDTalks over the past five years — as watched on all the platforms we track: TED.com, YouTube, iTunes, embed and download, Hulu and more … What a great, mixed-up group this is! Experimental Error: Most Likely to Secede I don't mean to brag, but in sixth grade I won the Science Award for Mrs. Lukoff's class. Lest you think the prize frivolous, I should stress that this honor -- accompanied, of course, by a certificate printed using the ultramodern Brøderbund Print Shop -- brought me legitimate notoriety among my classmates. They all paid close attention at the awards ceremony because, according to time-honored tradition, the recipient of the Science Award gets beaten up. Someday, I thought while being stuffed into a trash can, I'll be a big, bad scientist. Then they'll all see.

'Losing Yourself' In A Fictional Character Can Affect Your Real Life - Ohio State Research and Innovation Communications COLUMBUS, Ohio - When you “lose yourself” inside the world of a fictional character while reading a story, you may actually end up changing your own behavior and thoughts to match that of the character, a new study suggests. Researchers at Ohio State University examined what happened to people who, while reading a fictional story, found themselves feeling the emotions, thoughts, beliefs and internal responses of one of the characters as if they were their own - a phenomenon the researchers call “experience-taking.” They found that, in the right situations, experience-taking may lead to real changes, if only temporary, in the lives of readers. In one experiment, for example, the researchers found that people who strongly identified with a fictional character who overcame obstacles to vote were significantly more likely to vote in a real election several days later. There are many ways experience-taking can affect readers.

Redefining Reality: Psychology, Science and Solipsism The Zen teacher Chuang Tzu dreamed he was a butterfly. When he woke, he wondered, "Am I a man who dreamt about being a butterfly, or am I really a butterfly who now dreams about being a man?" The fundamental question regarding the nature of reality is partly philosophical, partly spiritual, part psychological, and partly scientific in nature. But it is not merely academic. For how we perceive, understand, experience, interpret and respond to reality has concrete and practical repercussions in both our intrapersonal and interpersonal relationships, for the practice of psychotherapy, as well as regarding how we relate to the planet and cosmos. Last year, I posted a few thoughts on the topic of subjective or relative reality. Can You Call a 9-Year-Old a Psychopath? Elinor Carucci/Redux, for The New York Times Michael, a 9-year-old whose periodic rages alternate with moments of chilly detachment, with his mother, Anne. Michael’s problems started, according to his mother, around age 3, shortly after his brother Allan was born. At the time, she said, Michael was mostly just acting “like a brat,” but his behavior soon escalated to throwing tantrums during which he would scream and shriek inconsolably. These weren’t ordinary toddler’s fits. “It wasn’t, ‘I’m tired’ or ‘I’m frustrated’ — the normal things kids do,” Anne remembered.

Secrets of the first practical artificial leaf A detailed description of development of the first practical artificial leaf -- a milestone in the drive for sustainable energy that mimics the process, photosynthesis, that green plants use to convert water and sunlight into energy -- appears in the ACS journal Accounts of Chemical Research. The article notes that unlike earlier devices, which used costly ingredients, the new device is made from inexpensive materials and employs low-cost engineering and manufacturing processes. Daniel G. Nocera points out that the artificial leaf responds to the vision of a famous Italian chemist who, in 1912, predicted that scientists one day would uncover the "guarded secret of plants."