Who Runs The World? 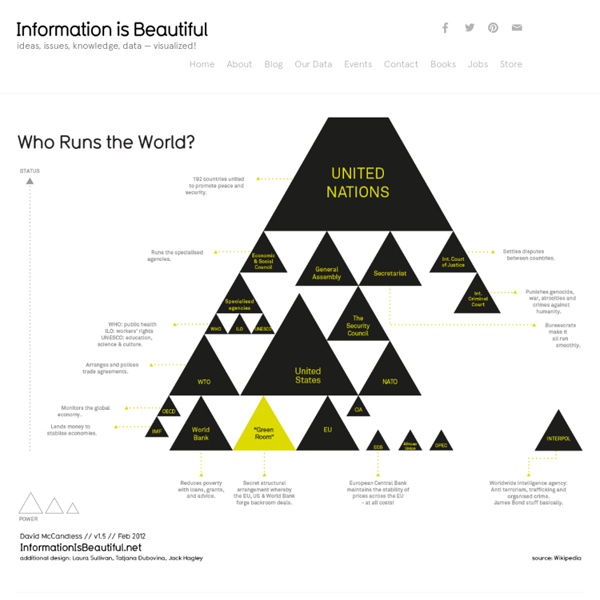 Diabolic - Truth Pt.2 Lyrics Startling: The Most Important Sentence Obama Ever Uttered, July 22nd 2014! | Obama (Before It's News) By Josey Wales This nation is quickly plunging headlong into the darkness of globalism and a New World Order. Barack Obama is the man to take us there. This is the kind of “New World Order” quote from Obama’s speech on Tuesday July 22nd 2014, that should alarm the more rational among us. It actually displays an amazing but troubling aspect of Obama’s “philosophy” of the world, if you can call it that. Did Obama just declare that capitalism is the old order and it will to be replaced with a New World Order in the following quote? In this post I have included Videos that will help you understand how important this “New World Order” is to Obama and his advisors/owners. The Washington Post’s Chris Cilliza highlighted this excerpt [emphasis added]: People need to understand that the crisis we are experiencing around the world today are created by governments around the world who favor the coming New World Order.

Freemasonry Watch - Is the Devil in the details? | Freemasons News | Freemason History | Masonic Secrets The New World Order (Page 1) Find on this web site. Donations [Make a donation and collect the BONUSES!] - I have noticed that I have had to neglect some things in life that are very important to me and others, while working hour after hour on my website. Therefore I ask you, kind visitor, for a donation, so I can spend the same amount of time, and more, on research, and less time trying to manage my finances. - - by Wes Penre, Jan 01, 2006 - (Go To "The New World Order Page 2") Merry Christmas Jingle Bells Christ is born and the devil’s in hell hearts they shrink Pockets swell Everybody know and nobody tell Little Wheels Spin and Spin Big wheels turn around & around (4x) Oh the sins of Caesar’s men cry the pious citizens who petty thieve the 5 & 10s and the big wheels turn around and around Little Wheels Spin and Spin Big wheels turn around & around (4x) Swing your girl fiddler say Later on the piper pay Do see do, swing and sway Dead will dance on judgement day - Buffy Sainte-Marie, "Little Wheels Spin and Spin"

Global Political Awakening and the New World Order There is a new and unique development in human history that is taking place around the world; it is unprecedented in reach and volume, and it is also the greatest threat to all global power structures: the ‘global political awakening.’ The term was coined by Zbigniew Brzezinski, and refers to the fact that, as Brzezinski wrote: For the first time in history almost all of humanity is politically activated, politically conscious and politically interactive. It is, in essence, this massive ‘global political awakening’ which presents the gravest and greatest challenge to the organized powers of globalization and the global political economy: nation-states, multinational corporations and banks, central banks, international organizations, military, intelligence, media and academic institutions. The ‘Technological Revolution’ (or ‘Technetronic’ Revolution, as Brzezinski termed it in 1970) involves two major geopolitical developments. What is the “Global Political Awakening”? Of Power and People

Freemasonry and the Philalethes Society, publisher of the Philalethes Magazine ILLUMINATI SECRETS - Riddles In Stone - FREE MOVIE A wink, a nod, or a shake of the hand: on the Masons The point of a club is not who it lets in, but who it keeps out. The club is based on two ancient British ideas the segregation of classes, and the segregation of sexes: and they even remain insistent on keeping people out, long after they have stopped wanting to come in. — Anthony Sampson, Anatomy of Britain If secrecy is to be considered a factor in British politics and commerce then without doubt Freemasonry is one of its principal vehicles. Freemasonry is the largest semi-covert organisation of the western bourgeoisie, with over six million members worldwide sharing a vision of a unified world order bound together through a series of interlocking Masonic alliances. Among the worlds most influential institutions must be the United Grand Lodge of England, the mother lodge of Craft Freemasonry, with its headquarters at Freemasons Hall in Great Queen Street near Covent Garden. What Is Freemasonry? Masonic officials are highly paid. Joining the Brethren A Criminal Conspiracy? Who's Who? Legal

Illumination: the Secret Religion - The Illuminati The Illuminati has never numbered more than a few thousand members. A truly secret society cannot hope to retain its secrets if it reveals them to too many people. When the Illuminati attempts to spread its ideas to a wider audience, it does so via carefully chosen religions, organisations, secret societies and esoteric orders. These groups are often led by members of the Illuminati, but are not party to the core secrets of the Illuminati. They are given a flavour of the central ideas of Illumination, but are denied the complete picture. Even if these groups were to turn against the Illuminati, they would not be able to betray any primary secrets. The Illuminati have created the following movements in the course of history: Ancient Egyptian and Greek Mystery religions, Druidism, Mithraism, most versions of Gnosticism, Alchemy, Catharism (Albigensianism), the Knights Templar, Freemasonry, Rosicrucianism. All religions based on faith rather than knowledge are contrary to Illumination.

The ISIS Ploy: Illuminati Symbols, Sorcery and Sacrifice 29th June 2014 By Zen Gardner Contributing Writer for Wake Up World It’s rather ironic that this latest wave of Western armed and financed “Islamic” militants invading Iraq and now conveniently threatening Syria and Iran is named ISIS. Or is it deliberate? While the US is currently (once again) self-appointedly deciding whether to go into all out overt war on the entire region from Lebanon to Iran, based on this “unforeseen phenomenon” of ISIS, this parasitic plan goes on full throttle, ripping the guts out of millions of innocent people’s lives for the Machiavellian desires of a few; all while they hoodwink the masses into a completely backwards interpretation of their devious sorcery. These “elite” few are fueled by something besides their psychopathy – it’s an occult allegiance to powerful symbolic entities, whether they are all fully conscious of their allegiances to these powers or not. She was/is considered the goddess of enchantment and magic. “Power” is not all that meets the eye.

Deprogrammer Interview with Marion Knox: In the House of the Strongman, Sodomy is the Key - by Elana Freeland Interviewing Deprogrammers: In the House of the Strong ManSodomy is the Key Interview with Marion Knoxby Elana Freeland The doctors of the law, too, who had come down from Jerusalem, said, ‘He is possessed by Beelzebub’ and ‘He drives out devils by the prince of devils.’ So he called them to come forward, and spoke to them in parables: ‘How can Satan drive out Satan? ‘On the other hand, no one can break into a strong man’s house and make off with his goods unless he has first tied the strong man up; then he can ransack the house.’ Marion Knox is a farmer in Lebanon, Oregon who more and more is called upon to do the work of deliverance, not deprogramming. E: Marion, where I want to start is with your statement that the presence of Elohim spirits usually indicate Freemasonic programming that is installed by sodomy. M: Yes, it does, and I would like to broaden that a little bit. E: What is it about sodomy that does that? E: For all multiple personality disorders? M: As far as I know. M: Yes.