You've Felt It Your Entire Life 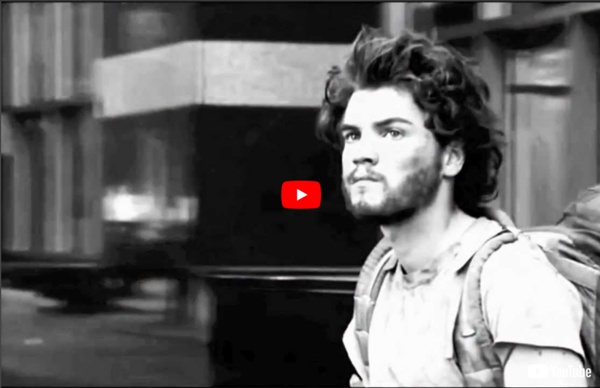 Related:  Spritual • A Little of Everything, Need to Sort

In Which We Count Down The 100 Greatest Science Fiction or Fantasy Novels of All Time john harris The 100 Greatest SFF Novels of All Time by ALEX CARNEVALE What to read? It is a question asked mostly by women, who comprise the majority of America's reading public. Künstliches Blatt -> Wasserstoff The world's first practical "artificial leaf” can now self-heal damage that occurs during production of energy. The innovation means the leaf, which mimics the ability of real leaves to produce energy from nothing other than sunlight and water, can now be run on dirty water making it even more suitable for providing people in developing countries and remote areas with electricity. Daniel Nocera, described the advance during the "Kavli Foundation Innovations in Chemistry Lecture" at the 245th National Meeting and Exposition of the American Chemical Society, which runs until Thursday. Nocera, leader of the research team, explained the device is a simple catalyst-coated wafer of silicon, rather than a complicated reproduction of the photosynthesis mechanism in real leaves.

Origins and Techniques of Monarch Mind Control Monarch Programming is a method of mind control used by numerous organizations for covert purposes. It is a continuation of project MK-ULTRA, a mind-control program developed by the CIA, and tested on the military and civilians. The methods are astonishingly sadistic (its entire purpose is to traumatize the victim) and the expected results are horrifying: The creation of a mind-controlled slave who can be triggered at anytime to perform any action required by the handler. While mass media ignores this issue, over 2 million Americans have gone through the horrors of this program.

20 fantastic ways to find new music that you like (no Last.fm & Pandora inside) OK, everybody knows that Last.fm & Pandora are great services, but there are a lot of other tools that can help us to find new cool music. Some of them just expose daily musical goodies, others make recommendations based on your very own preferences, and others take the web interactivity ever further. Explore the best 20 ways to discover new music in a web 2.0 world. Live music discovery Evidence builds that meditation strengthens the brain Earlier evidence out of UCLA suggested that meditating for years thickens the brain (in a good way) and strengthens the connections between brain cells. Now a further report by UCLA researchers suggests yet another benefit. Eileen Luders, an assistant professor at the UCLA Laboratory of Neuro Imaging, and colleagues, have found that long-term meditators have larger amounts of gyrification ("folding" of the cortex, which may allow the brain to process information faster) than people who do not meditate. Further, a direct correlation was found between the amount of gyrification and the number of meditation years, possibly providing further proof of the brain's neuroplasticity, or ability to adapt to environmental changes. The article appears in the online edition of the journal Frontiers in Human Neuroscience. The cerebral cortex is the outermost layer of neural tissue.