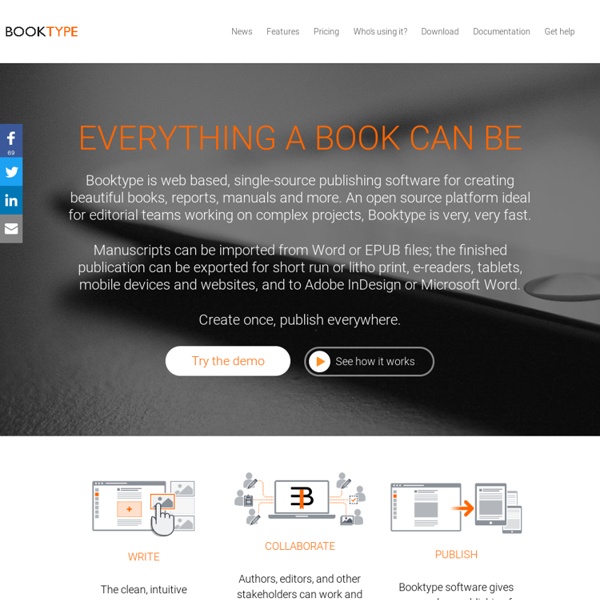 Social Media for Social Change | sm4sc.com | Mozilla Drumbeat | School of Webcraft It's even more Peer Powered We know learning is more fun with friends. We've kept the best part of the School of Webcraft and made it the core of everything we do to #TeachTheWeb. Mozilla & P2PU Mozilla's mission is to keep the web open, and to work together to enable anyone to take part in building it's future. We support each other. Webmaker's #TeachTheWeb program is part of Mozilla's commitment to help educators and others teach vital web literacy skills.

The Truth Contest | Universal Truth Of Life Our Vision | Unifying Truth Project We envision a world united by the truth of life everyone can see and check for themselves. This world will no longer be divided and run by belief, blind faith, greed and ignorance. We envision a world where all people work and live in harmony with one another and with nature to efficiently and effectively address and resolve the threats to the survival of the human race. We must see to it that every single person has the basic necessities of living available, but this is impossible until we become aware of the truth. This unified "heaven on earth" starts with finding, defining and spreading a unifying, universal truth that will unite the human race by dissolving the mental walls that divide and blind mankind. We will systematically expose the root problem of division in all aspects of society.

How Open Is Government In San Diego? Audio Aired 3/16/11 It's Sunshine Week, but it has nothing to do with the weather. We'll find out how San Diego rates on open government and about efforts currently underway in here to support open government and access to information. Event The Society of Professional Journalists, San Diego Chapter will honor Donna Frye, on Wednesday March 16, with a Sunshine Award for her efforts in supporting transparency in government. Democracy is something we fight for and sing about in the United States. This is Sunshine Week in California, which honors efforts to open up the doors of government and get information out. Guests Donna Frye is a former San Diego City Councilwoman and board member for Californians Aware, an organization devoted to open government that provides information, guidance and initiatives in public forum law. Read Transcript This is a rush transcript created by a contractor for KPBS to improve accessibility for the deaf and hard-of-hearing. FRYE: Good morning, how are you?

Genomatica Turns Sugar And Trash Into Wearable Items Audio Aired 3/10/11 A local biotech firm is working with a major trash company to turn landfill waste into green chemicals used to make everyday items. As part of his doctoral research at UCSD, Christophe Schilling and a team of researchers developed computer modeling and simulation technology capable of engineering organisms to produce chemicals. The goal is to turn sugar and garbage into green chemicals for use in a wide variety of products, including clothes. Enlarge this image Photo by Padma Nagappan Above: Genomatica CEO Christophe Schilling explains how the 50 liter agitator works. Enlarge this image Above: Sugar from agricultural waste being converted into Butanediol at Genomatica's lab. That technology is now the platform for his Sorrento Valley biotech firm Genomatica. Schilling and the company’s scientists explored several options to commercialize the technology which can be used in many medical and industrial biotech applications. Butanediol (BDO) is one such chemical.

ELP Home Friendsofsdarch.com Lean, green, clean: Investing in San Diego as a hub of clean tech SUPER: On November 19, 1863 Abraham Lincoln traveled to the now quiet battlefield of Gettysburg, Pennsylvania, to dedicate a cemetery filled with the Union dead who had perished there the previous July, in the greatest battle ever fought on American soil.The President’s speech lasted just two minutes.He started off reminding his audience that it had been only 87 years since the founding of the Republic and then went on to embolden the Union cause with some of the most stirring words ever spoken.He hoped that the terrible battle might signal a “new birth of freedom” for his nation. The Greenwood SchoolPutney, Vermont (v/o) Teacher 1OK guys, let’s please sit up straight in our chairs, let’s get ready to start morning meeting. Student 1: This is one of the most famous speeches of all time, and this was, what, two hundred, three hundred years ago? Teacher 2: It always amazes me the kind of courage that the boys have. Therapist: You can do this. Student 5: I just don’t want to do it.