Every Cancer Can be Cured in Weeks explains Dr. Leonard Coldwell 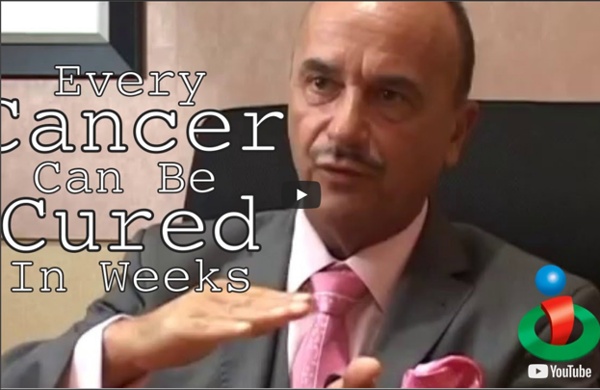 EDTA Heavy Metal Chelation Therapy with Suppositories ConspiracyCulture.com 8 Foods People Think Are Healthy (But Aren't) Agave Syrup This is one I myself fell for. So many vegans and raw foodists rave about agave that I didn’t really stop and think it could be too good to be true. Agave is a super sweet liquid that is often touted as the “healthy” or “low GI” alternative to sugar. According to Dr Joseph Mercola, it’s hardly any better than high fructose corn syrup. It’s highly processed, and super high in fructose. What should we eat instead? Anything from this list of natural sweeteners. Soy Soy milk and tofu are often considered healthy alternatives to meat and dairy. Read The Whole Soy Story by Kaayla T. If you’re after vegan protein, I recommend lentils, beans, chickpeas, quinoa, spirulina, and leafy greens. Fish Fish falls into two main categories: farmed and wild. In order to keep the fish alive in such unhealthy conditions, large quantities of antibiotics and other chemicals are poured into the water. Farmed fish are fed a tasty diet of junk grains, soy meal, corn gluten meal, chemicals and neurotoxins.

6 Easy Steps to Paleo - CrossFit 816 This article exists for one simple reason: I get asked, over and over, “So how does this ‘paleo diet’ work?” And I want to give people an answer that is simple, solid, and above all, motivational. I want you to finish this article and think “Yes! Here it is: a step-by-step guide, roughly in order of importance. “Do not eat” items are grouped with “Eat more” items at each step, so you’ll always have something to eat. First, our guiding philosophy: Eat like a predator, not like prey. Predators gorge and fast; prey grazes. Rephrased for modern humans: predators eat meals, prey grazes on snacks. Here’s how! Step 1: Eat Meat, Not Birdseed Eat more meat. Congratulations! You may be going through bread and cereal withdrawal, with periods in which you absolutely crave them. However, you’re probably already noticing an increase in energy, a decrease in post-meal fatigue, and a lessened desire to snack. Step 2: Eat Food, Not Diesel Fuel Buy fatty cuts of meat, cook with their included fat. Well done!

Ditch the Toxic Sunscreen; Use Coconut Oil Instead Summer time is beach time, or at least poolside time. But if you want some protection form the sun’s UV rays, don’t always reach for toxic sunscreens. Instead, pack some extra virgin coconut oil along with your beach towel and umbrella. That’s right, the same extra virgin coconut oil found in your kitchen pantry will do the trick to protect your skin – minus the toxicity from health-compromising ingredients. Coconut oil has been used as an effective sunscreen for thousands of years by indigenous, pacific islanders. There are two types of UV (ultraviolet) rays from the sun: UVA and UVB. Sunlight is by far the optimal way to produce your vitamin D. According to the Environmental Working Group (EWG) approximately 75% of commercial sunscreens contain toxic chemicals that are linked to cancer and disrupt hormones. Store bought sunscreens typically contain: Read more:

Strengthen Tooth Enamel Through Re-Mineralization In order to get the teeth enamel to re-mineralize there are lots of factors going on which makes the topic quite complex. Dentists will tell you that enamel can't actually regrow. The enamel itself if dead, and is created by special cells when the tooth is formed. Tooth enamel is composed of 96% mineral content and is the strongest substance in the human body. Enamel can be strengthened by a process called remineralization - which is basically adding minerals to the enamel matrix through the saliva. To avoid ever getting cavities you need to stop the process or at least slow down the de-mineralization process and increase the re-mineralization process. It get tricky, because if you don't get both right, it's like filling up a leaky bucket. What you need to do is avoid the foods and processes that de-mineralize the teeth, and increase the foods and processes that re-mineralize the teeth. Best to look for natural toothpastes without gylcerin, or use tooth soaps, or baking soda.

Paleo 101 The following is geared towards people who want to try out a Paleo diet and who just want to quickly know what they should and shouldn’t do. No background science here or lengthy explanations, only 15 easy rules to follow to kick start your Paleo journey. It’s up to you to decide to what extent you want to follow those rules, but if you follow them 100% you can be assured that you are eating the best food for your body and greatly investing in your long term health and well-being. A Paleo diet should be high in fat, moderate in animal protein and low to moderate in carbohydrates.