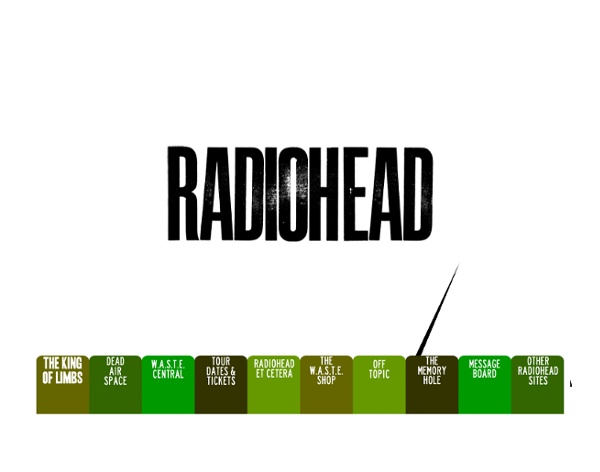 The Bird And The Bee May 7th, 2013 May 16th, 2012 Recently, TB&TB Merch Gal Nikki solicited fans to send questions to Greg and Inara through the Facebook page. Evanescence the official elliott smith site - by fans My HealtheVet What`s YOUR health age? Yes, you`re healthy. You are eating better food, you even exercise a bit. You take medications on time, keep a positive attitude in life. So, yeah, you`re healthy. The King of Limbs Part 2 Asthmatic Kitty Records Sufjan Stevens is a singer-songwriter currently living in Brooklyn, NY. A preoccupation with epic concepts has motivated two state records (Michigan & Illinois), a collection of sacred and biblical songs (Seven Swans), an electronic album for the animals of the Chinese zodiac (Enjoy Your Rabbit), two Christmas box sets (Songs for Christmas, vol. 1-5 and Silver & Gold, vol. 6-10), and a programmatic tone poem for the Brooklyn-Queens Expressway (The BQE). His most recent records are from 2010: an expansive EP (All Delighted People) and the full length The Age of Adz, a collection of songs partly inspired by the outsider artist Royal Robertson.

Porcupine Tree The Duckworth Lewis Method On paper, a band and album created around the concept of cricket has the sound of something rather niche, hardly universal, and perhaps a little tongue-in-cheek. Clearly their love of the game was very genuine but the greatest thing about The Duckworth Lewis Method was its ability to truly strike a chord beyond the boundary of the cricket field with brilliantly crafted, clever pop songs that were accessible to anyone whether or not they knew their LBW from a googly. This applies even more on the band's second inning, Sticky Wickets. It's quite a challenge for Hannon and Walsh to come back with fresh ideas after pouring what appeared to be every ounce of cricketing history and folklore into their debut.

Max Ochs Now based in Severna Park, Maryland, Ochs continues to perform, write and record songs in an early folk and blues tradition. He was the curator of the folk music series at 333 Coffeehouse in Annapolis for over a decade. Discography[edit] Nataly Dawn The Video The Story Hello and welcome to episode TWO of Dawn Be That Way, featuring guest star (and cousin) Evie MacRunnel with whom I will be making SAVORY FRENCH CREPES!!! Evie and I were super close friends growing up.