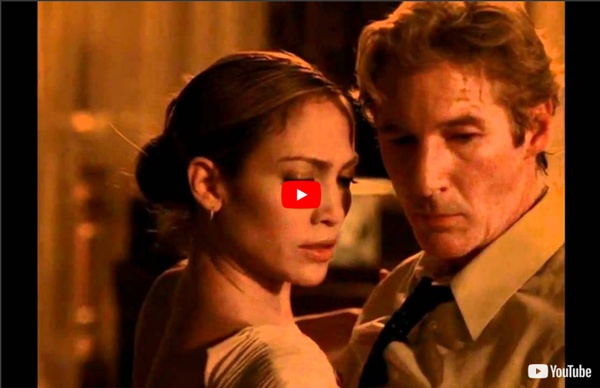 Saigon execution: Murder of a Vietcong by Saigon Police Chief, 1968 South Vietnamese Gen. Nguyen Ngoc Loan, chief of the national police, shoots Vietcong officer Nguyen Van Lem, also known as Bay Lop, on a Saigon street on Feb. 1, 1968. After Nguyen Ngoc Loan raised his sidearm and shot Vietcong operative Nguyen Van Lem in the head he walked over to the reporters and told them that, “These guys kill a lot of our people, and I think Buddha will forgive me.” Captured on NBC TV cameras and by AP photographer Eddie Adams, the picture and film footage flashed around the world and quickly became a symbol of the Vietnam War’s brutality. Lenny Bruce Leonard Alfred Schneider (October 13, 1925 – August 3, 1966), better known by his stage name Lenny Bruce, was an American stand-up comedian, social critic and satirist. He was renowned for his open, free-style and critical form of comedy which integrated satire, politics, religion, sex, and vulgarity. His 1964 conviction in an obscenity trial was followed by a posthumous pardon, the first in New York State history, by then-Governor George Pataki in 2003. He paved the way for future outspoken counterculture-era comedians, and his trial for obscenity is seen as a landmark for freedom of speech in the United States.[10][11][12][13] Early life[edit]

Where You Can Catch The Greatest Super Bowl Commercials Of All Time Let’s face it, it has been a tumultuous year for the NFL. Scandals have been everywhere in the league this year and with fines handed down the size of the gross national products of small countries, it's time to shift the focus to what really matters: Super Bowl Commercials! Just a few days before kickoff, CBS is ready to present the 15th annual special highlighting the best Super Bowl commercials of all time. Hyperloop Artist's impression of a Hyperloop capsule: Air compressor on the front, passenger compartment in the middle, battery compartment at the back and air bearing skis at the bottom A 3D sketch of the Hyperloop infrastructure. The steel tubes are rendered transparent in this image. The Hyperloop is a conceptual high-speed transportation system put forward by entrepreneur Elon Musk,[1][2] incorporating reduced-pressure tubes in which pressurized capsules ride on an air cushion driven by linear induction motors and air compressors.[3] A preliminary design document was made public in August 2013, which included a preliminary cost estimate for a passenger-only version at US$6 billion, while a version transporting passengers and vehicles was estimated at US$7.5 billion.

Charleston From Wikipedia, the free encyclopedia Charleston most commonly refers to: Charleston may also refer to: Singin' in the Rain Singin' in the Rain is a 1952 American musical comedy film directed by Gene Kelly and Stanley Donen, starring Kelly, Donald O'Connor and Debbie Reynolds, and choreographed by Kelly and Donen. It offers a lighthearted depiction of Hollywood in the late '20s, with the three stars portraying performers caught up in the transition from silent films to "talkies." Plot[edit] Don Lockwood (Kelly) is a popular silent film star with humble roots as a singer, dancer and stuntman. Don barely tolerates his vapid, shallow leading lady, Lina Lamont (Hagen), though their studio, Monumental Pictures, links them romantically to increase their popularity. Lina herself is convinced they are in love, despite Don's protestations otherwise.

Tony Robbins Anthony "Tony" Robbins (born February 29, 1960) is an American life coach, self-help author and motivational speaker. He became well known through his infomercials and self-help books, Unlimited Power and Awaken the Giant Within. Robbins writes about subjects such as health and energy, overcoming fears, building wealth, persuasive communication, and enhancing relationships. Robbins began his career learning from many different motivational speakers, and promoted seminars for his personal mentor, Jim Rohn. He is deeply influenced by neuro-linguistic programming. Robbins' programs have reached over 4 million people from 100 countries around the world.[5][6]

McCann Erickson McCann is a global advertising agency network, with offices in 120 countries. McCann is a subsidiary of the Interpublic Group of Companies, one of the four large holding companies in the advertising industry.[1] McCann Erickson was named "Global Agency of the Year" by Adweek in 1998, 1999 and 2000.[2] McCann Erickson is part of McCann Worldgroup, which also includes planning and buying agency Universal McCann, direct/interactive web marketing agency MRM Worldwide, experiential marketing agency Momentum Worldwide, healthcare marketing group McCann Healthcare Worldwide, branding firm FutureBrand and public-relations and strategic-communications agency Weber Shandwick.[3] McCann Erickson was responsible for the success of The Hillside Singers' "I'd Like to Teach the World to Sing" in 1972 and was also the company that developed the "Army Strong" campaign for the United States Army. The company also developed the MasterCard commercial saying "There are some things money can't buy.

Petr Čech Petr Čech (Czech pronunciation: [ˈpɛtr̩ ˈtʃɛx] ( He joined Chelsea in 2004 and, to date, has made over 450 appearances for the club, putting him sixth in its all-time appearances list.[5] With Chelsea, Čech has won three Premier League titles, four FA Cups, three Football League Cups and one UEFA Champions League. Čech holds a number of goalkeeping records, including the Premier League record for fewest appearances required to reach 100 clean sheets, having done so in 180 league appearances. He also holds a Czech professional league record of not conceding a goal in 903 competitive minutes. In addition, he has a club record at his former club Sparta Prague, having gone 928 minutes unbeaten in all competitions in 2001–02, when his unbeaten run in the Czech first division was combined with his performances in the Champions League.