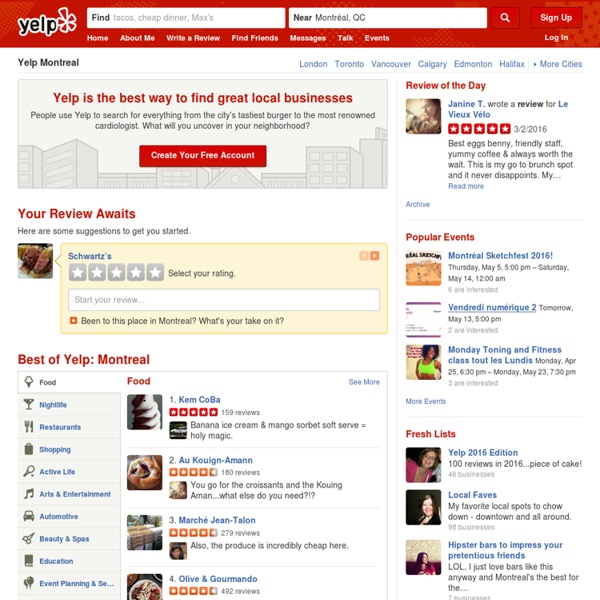 iPad text editing concept comes to life thanks to this jailbreak tweak When Cody posted about Daniel Hooper’s iPad keyboard demo, we had no idea that it would be as popular as it has turned out to be. Thousands of retweets later, the public has spoken out against how terrible the iPad’s editing situation is. I think John Gruber summed it up best when he noted that the iPad was a great for typing, but poor for editing. The iPad keyboard demo video was created with the hopes that Apple would respond and implement something similar in the upcoming version of iOS. There’s even instructions included on the video for submitting a bug report to Apple.

local places and maps shared with friends urbantag saved Great location, very Parisian. Wonderful decorations from the 30's. Metro: Pyramides or Hotel Des Tuilleries. Open till 2 AM. LOGiiX Styluses Review At some point, most tablet and smartphone owners think about buying a stylus. Today I have threes styluses from LOGiiX to show you that can be used for writing, drawing and even presenting at your next meeting. LOGiiX isn’t a company that I was familiar with before they contacted me to ask if I’d review some of their offerings. I’m happy to say that the quality of their products is top notch. But let’s delve in a bit deeper.

Is this the new Apple TV Set? Rumors about a TV coming from Apple have been around for a while already. Never any clear facts, yet the rumors also never entirely go away either. Now we are one big step further – what you see here above, apparently is the new Apple HDTV. According to a source of Cult of Mac, “the Apple HDTV looks like Apple’s current lineup of LED-backlit Cinema Displays but is “much bigger.” Download iOS Updates Once for Installing on Multiple Devices If you have several iPhones, iPads, or iPods that need updating to the latest version of iOS, you can use a nice trick to save some bandwidth and download a single iOS update file to apply to multiple devices from either Mac OS X or Windows. This is a perfect solution for a family that has multiple iPhones or iPads that need updating, particularly when you don’t want to download the same firmware multiple times. To be clear, the iOS devices must be of the same type and model, meaning three different iPhone 4s can use the same firmware, but an iPhone 4 can’t use the same update file as an iPad 2 would, and an iPod touch can’t use an iPhone 4S update file, and so on. Same models use the same IPSW, different models need different IPSW. To do this, you will need to download the iOS firmware files directly from Apple.

Inside Apple's secret plan to kill the cash register - wireless networking, wireless, networking, Mobile Apps and Services, Mobile and Wireless, Macintosh, internet, Financial IT, e-commerce, e-business, Apple Computerworld - If you've ever been to a store, you know the drill: Browse the merchandise, pick something, carry it to the checkout counter, maybe wait in line, pay, then walk out with your purchases and a receipt. Whether it's a clothing store, a grocery store or a coffee shop, you're likely to find a big counter with a cash register on it, and a person operating that cash register on the other side. You go to them; they don't come to you.

Check Out This 0.25 mm Case Which Makes Your iPhone Waterproof Do you know something.. If you own an iPhone then you are a rich man because all Apple devices are very sensitive and expensive so that we must Take good care of them so that we buy a covers for our Apple devices to protect it from crashing down, but what about a water proof for your iPhone ?! And while companies like HZO and Liquipel are trying to change that, their technologies aren’t quite there yet. Today the folks at Gizmodo fingered to a very interesting case called “Case Marine” which gives you the ability to put your iPhone, iPad or iPod in the water, in sands just as shown in the photo above while the size of this case is only 0.25 mm thick and promises to protect your handset from all water damage. And we’re not just talking about a few rain drops here, but up to 32 ft. of H20. Really wow..

This Site Features Some of Steve Jobs' Best Quotes We realize that some of you may have had your fill of Facebook news today, so this is a perfect time to break out some zen thinking thanks to the master of Apple himself: Steve Jobs. This cool site called SteveTold.Us depicts a very relaxed Steve Jobs with an overlay of his best quotes. Simply refresh the page and you’ll find some new words of wisdom: There’s nothing more to the site than that, but as usual, the words of Steve Jobs still resonate like they always did.

Apple adding photo sharing and social features to iCloud, report says Apple will soon unveil an update to its iCloud storage service that will add photo sharing and social features, the Wall Street Journal reports. While Dropbox, Box, Microsoft, and Google have dominated the cloud storage conversation in recent months, Apple has mostly stayed out of comparisons because it offers the dumbest (maybe “easiest” is the right word) cloud storage. It syncs your media across all iOS devices (iPhone, iPod Touch, iPad), Macs, and PCs, but there is no way to manage what exactly goes where. But with new functionality that is Apple is likely to announce at its WWDC conference on June 11, iCloud could take a leap forward with more fleshed-out features. First up will be easy photo sharing so others can access and download your photos.