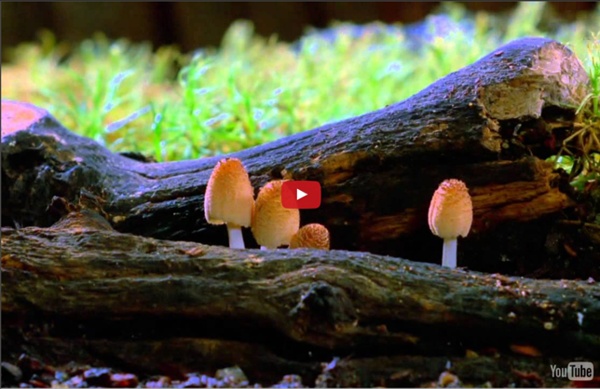 World Flora Online The New York Botanical Garden (NYBG) is one of four prominent international botanical organizations leading the effort to forge the WFO, along with the Missouri Botanical Garden, the Royal Botanic Gardens-Kew, and the Royal Botanic Gardens-Edinburgh. An additional 30 research institutions from many of the world's most biologically diverse countries, including Brazil, China, Colombia, India, Malaysia, Mexico, Russia, and Thailand, have also committed to contributing content as primary partners. Thanks to generous funding from Google and the Alfred P. Sloan Foundation, NYBG now has the resources to begin large-scale digital capture of it's plant research holdings, beginning with the extensive Flora Neotropica monographs series, published by the NYBG Press since 1967. These 110 volumes constitute the cumulative wealth of scientific knowledge for an estimated 8,500 of the world's plant species, and are now being made freely-available for the very first time!

AnimeBackgrounds aymrc: A selection of Backgrounds made for Space Dandy #9, episode imagined and directed by Eunyoung Choi. I had the chance to paint every backgrounds which took 4 and ½ month for 340 cuts. If you like those I can make an other selection :) Anyway I encourage you to watch the show! Plants perform molecular maths Nigel Cattlin/Getty As if making food from light were not impressive enough, it may be time to add another advanced skill to the botanical repertoire: the ability to perform — at least at the molecular level — arithmetic division. Computer-generated models published in the journal eLife illustrate how plants might use molecular mathematics to regulate the rate at which they devour starch reserves to provide energy throughout the night, when energy from the Sun is off the menu1.

The Geek's Guide To Weddings - When Geeks Wed The NeverEnding Story meets Alice in Wonderland, to name a few, in this fairytale themed wedding from VeroLuce Photography set at the historic Newhall Manor. From the... Broadway prop stylists Autumn and Chris take us back to the silent film era with their cute Charlie Chaplin inspired engagement shoot captured by Live... This couple braved the freezing cold of Iceland's dramatic, almost alien-like landscapes for a private wedding photographed by the amazing M&J Studios. " From the photographer, M&J Studios: "First... Wanting to incorporate a few Star Wars moments into your wedding captured by Jamie Lee Creativity, Jedi Master Yoda makes a surprise appearance as part... Braving the cold these two book worms are just too cute in their adorable engagement shoot with Wren Photography at the Peter White Public Library.

Plants 'do maths' to control overnight food supplies Plants have a built-in capacity to do maths, which helps them regulate food reserves at night, research suggests. UK scientists say they were "amazed" to find an example of such a sophisticated arithmetic calculation in biology. Mathematical models show that the amount of starch consumed overnight is calculated by division in a process involving leaf chemicals, a John Innes Centre team reports in e-Life journal. Birds may use similar methods to preserve fat levels during migration. The scientists studied the plant Arabidopsis, which is regarded as a model plant for experiments.

Ancient plants reawaken: Plants exposed by retreating glaciers regrowing after centuries entombed under ice When University of Alberta researcher Catherine La Farge threads her way through the recently exposed terrain left behind by retreating glaciers, she looks at the ancient plant remains a lot closer than most. Now, her careful scrutiny has revealed a startling reawakening of long-dormant plants known as bryophytes. La Farge, a researcher in the Faculty of Science, and director and curator of the Cryptogamic Herbarium at the University of Alberta, has overturned a long-held assumption that all of the plant remains exposed by retreating polar glaciers are dead. Previously, any new growth of plants close to the glacier margin was considered the result of rapid colonization by modern plants surrounding the glacier.

Remarkable Photos Capture the Light That Plants Emit The plants in Craig Burrows’ photos look like something plucked from an alien planet, sprouting wild shades of violet, pink and green. But the plants, and the colors are real. It’s the result of a cool trick of nature. All plants reflect light. This Incredible Flower Timelapse Took 3 Years and 8TB of Photos to Create Filmmaker Jamie Scott made his name in the timelapse space with Fall, a Central Park timelapse of epic proportions that took 6 months of dedication to capture. And yet his followup timelapse, titled Spring, somehow puts his first creation to shame. Spring is the flower timelapse to end all flower timelapses. “All in all this took 3 years to shoot,” writes Jamie on Vimeo.

Scientists Discover Plants Have "Brains" That Determine When They Grow Plants have a long and unexpected evolutionary lineage. Land plants evolved 450 million years ago, but sharks are older than trees; flowers didn’t appear until the Cretaceous Period, and grass only starting sprouting 40 million years ago. In that time, plants have evolved some incredible traits, and as a new study led by the University of Birmingham reveals, a “brain” may also be one of them. Not one in the same sense that animals have, mind you, but a series of cells acting as a command center of sorts. Found within plant embryos, these cells have been found to make key decisions in terms of the plant’s life cycle.

AMKK（東 信、花樹研究所） Botanical Animation “Story of Flowers” Produced by AMKK Directed by Azuma Makoto Illustration by Katie Scott Animation by James Paulley < ABOUT > This “Botanical Animation” is an independent art project from AMKK, who create various works of art using flowers and plants. The animation was developed for kids to show the life cycle of flowers. Azuma made the original story and requested London-based illustrator and animator Katie and James breathe life into the animation with their beautiful work. < STORY > Many different flowers are growing beautifully and strongly in this world. Taking their roots in the earth, sprouting, blooming, pollination by birds and insects, living on in spite of rain, wind and storms.